WORLD Taxing times as Asia gets tough on sugar

Taxing times as Asia gets tough on sugar

Asian consumers with a sweet tooth are having to swallow the bitter pill of higher taxes as governments combat the rising prevalence of obesity with levies on sugar and restrictions on the marketing of products with a high sugar content. 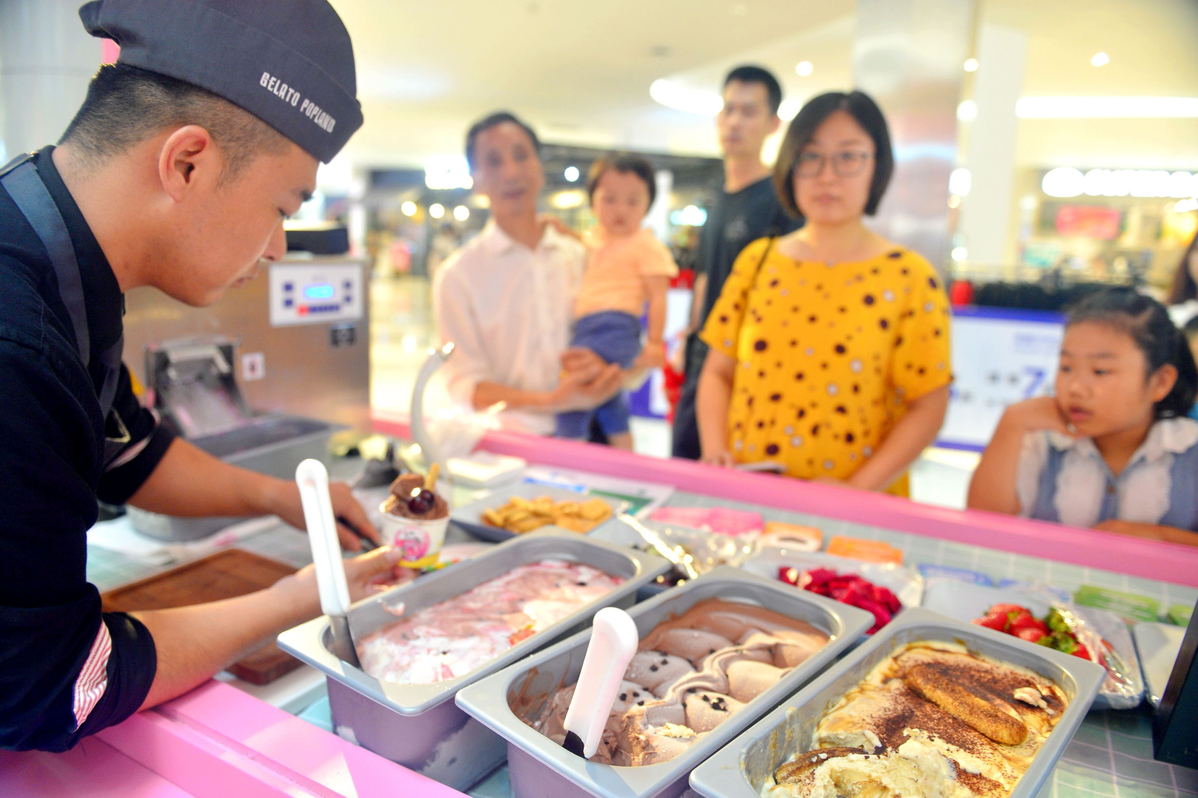 Customers line up for ice cream at a shopping mall in Tianjin. Rising demand in Asia for sweet foods and drinks is contributing to increased health risks. (Photos: China Daily)

Vietnam is considering a sugar tax, while Malaysia became the latest Asian country to enforce one on July 1, with a 40 sen (9 cents) levy on each liter of drinks with more than 5 grams of sugar or sugar-based sweetener.

India, Thailand, Brunei and the Philippines have already imposed sugar taxes, while on Oct 10, Singapore banned ads for drinks with a highsugar content, the first country to implement such a policy.

Jacqueline Lo Ying-Ru, head of mission and the World Health Organization's representative to Malaysia, Brunei and Singapore, said these targeted interventions are necessary, if only to promote a healthier lifestyle at an early age.

"It's very important to protect children from unhealthy eating," Lo said, adding that those who were raised eating unhealthy meals are likely to maintain this habit in adulthood.

"A child's body mass index goes up significantly when he or she has sugary drinks, and it goes down when consumption of these drinks stops," Lo said, citing the direct link between obesity and non-communicable ailments such as diabetes and heart disease.

According to the Asian Development Bank Institute, or ADBI, Asia-Pacific countries have high incidences of people being overweight or obese, with two out of every five adults, or 1 billion people overall, falling into these two categories.

More alarming is the rapidly growing number of obese children. In China, for instance, a report in 2017 by Peking University's School of Public Health showed that in 2014, just over 28 percent of males and females age 7 to 18 were overweight, while nearly 16.5 percent were obese by standards adopted by the UN.

The United Nations Children's Fund, or UNICEF, said in its latest State of the World's Children report that the number of obese children has increased almost 12-fold in the past 40 years.

The number of those age 5 to 19 who are overweight doubled from 2000 to last year, Rudert said. Some 80 million people in the region are overweight, more than half of them living in China. There are also a large number of overweight children in Indonesia and the Philippines.

"Most of these children live amid 'food swamps', where there is an abundance of low-nutrient, high-calorie processed food," Rudert said, adding that these children eat snacks with a very high sugar and fat content.

She said food manufacturers and fast food chains abound in the East Asia and Pacific regions, attracted by fast-growing cities and huge consumer markets. But the growth of these companies has been detrimental to children, who have grown up eating processed food in place of traditional diets comprising grains, meat and vegetables.

According to the UNICEF report, more than 20 percent of children age 6 to 23 months in the two regions are not eating fruit, vegetables and animal-sourced protein such as milk and eggs.

The prevalence of obesity has grown in tandem with diabetes. According to the WHO, the number of people with diabetes has risen from 108 million in 1980 to more than 420 million, and 50 percent of them are in Asia.

China and India have the highest number of people with diabetes, with about 180 million having Type 2.

Obesity is usually seen as a result of affluence, but as health experts note, this is no longer the case given the affordability of processed food and soft drinks.

The WHO's Lo said: "Processed foods and sugary drinks are everywhere. They are often cheaper and more accessible than healthier alternatives."

She said that in some parts of Asia, more than 90 percent of all food and drinks marketed to children are high in saturated fats, trans fats, free sugars and salt.

Increased wealth in Asia has also led to urbanization and busy lifestyles. Most people now work in offices, take no or little physical exercise, do not cook, and have opted for the convenience of processed meals or eating in fast-food outlets.

Yik Ying Teo, dean of the Saw Swee Hock School of Public Health at the National University of Singapore, said rising consumption in Asia of food and drinks high in sugar is a "reflection of rapidly modernized societies".

People living in these societies "demand choice and the opportunity for quick gratification, which many of these high-sugar products provide", Teo said. He cited the popularity of coffee shop chains and bubble tea shops in Asia - both of which serve food and drinks with a high sugar content.

For example, some bubble tea brands contain as much as 70 grams of sugar per drink, according to a report issued by the Hong Kong Consumer Council early this year. This exceeds the 25 grams daily sugar intake recommended by the WHO.

As demand rises in Asia for sweet foods and drinks, so does the danger it poses - not only to people's health but also to public finances and economic growth.

An unhealthy population "presents a fiscal time-bomb for many countries", said Kris Hartley, assistant professor with the Department of Asian and Policy Studies at The Education University of Hong Kong.

Hartley said the increased incidence of chronic illnesses caused by obesity will not only strain public health systems but also affect productivity.

"It will have a negative impact, with more work days missed, lower levels of energy and creativity, and shortened working lives overall," he said.

The institute said chronic illnesses affect poor people the most, as they have to allocate as much as 25 percent of their household income to pay for treatment.

This, combined with poor health care systems in many developing countries in Asia, "can leave people vulnerable to chronic poverty", the ADBI said.

It also estimates that the direct cost of being overweight or obese in the Asia-Pacific area equates to about 0.56 percent of the region's combined GDP, while the indirect cost is about 0.22 percent.

Direct cost refers to medical charges and other expenses incurred by people considered overweight or obese. Measuring indirect cost is based on how much of a person's healthy life is lost every year due to disability and premature death.

The high cost of treating chronic illnesses is the reason it makes sense to implement a sugar tax. The WHO said such a levy is an "effective intervention", noting that increased prices will reduce the consumption of sugary drinks. Citing Mexico as an example, it said studies there showed that the introduction of a sugar tax in 2014 had reduced the sales of such drinks by 7.6 percent.

"In this context, a high tax on sugary drinks will lower their consumption, thus helping to address obesity, diabetes and other chronic diseases," he said.

But a sugar tax, while effective, is not the "silver bullet" that can solve the region's obesity problem.

UNICEF's Rudert said it is also important to create an improved environment for children - such as offering healthy meals in schools, banning the sale of junk food near school premises and mandatory front-of-pack nutrition labeling. 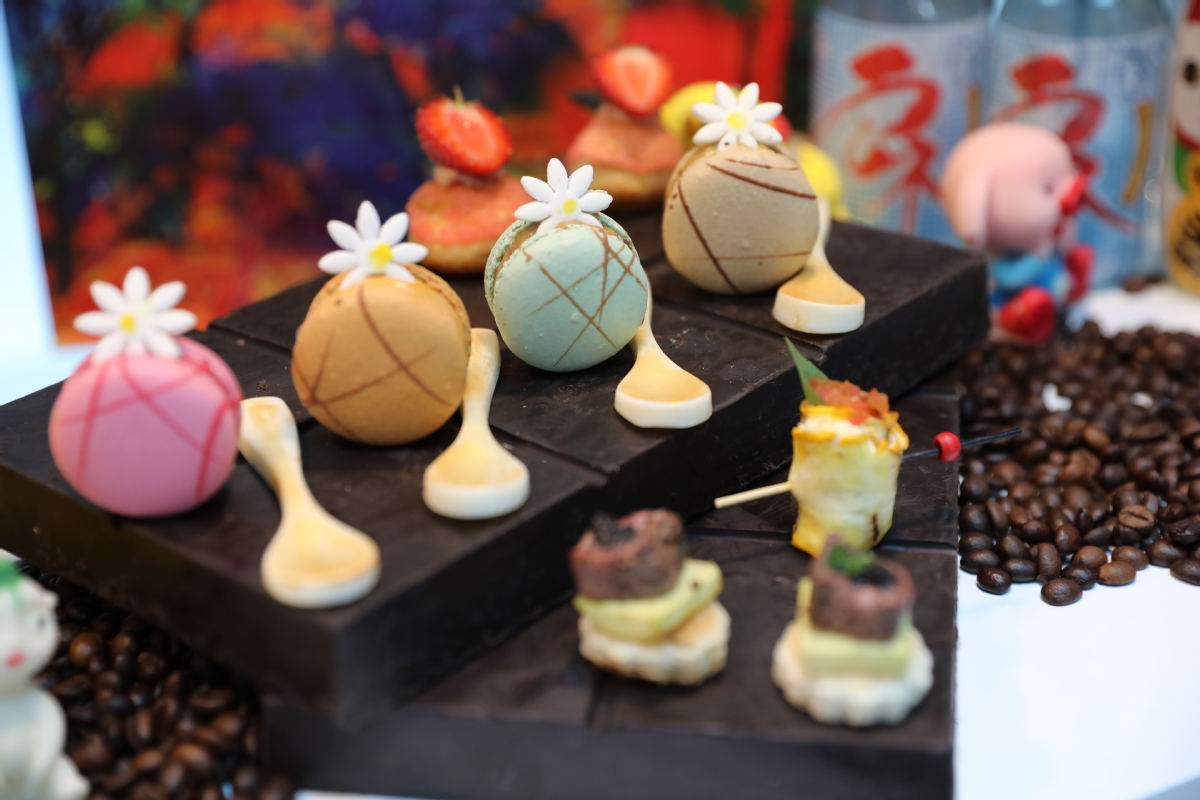 Hartley, from The Education University of Hong Kong, said, "Obesity is the result of a complex combination of factors, including lifestyle and diet." He proposed "a creative mix of policies", where, for instance, a sugar tax can be complemented by health education programs.

Asian policymakers have recognized this and have implemented programs that go beyond taxation.

In Brunei - which has the highest prevalence of childhood obesity in Southeast Asia - Sultan Hassanal Bolkiah can be seen cycling during public events to promote physical exercise.

His country also has "carless Sundays" - when vehicles are not allowed in Bandar Seri Begawan, the capital, encouraging residents to walk, jog or cycle instead.