Taylor Swift is not staying silent over the sale of her masters to Scooter Braun. 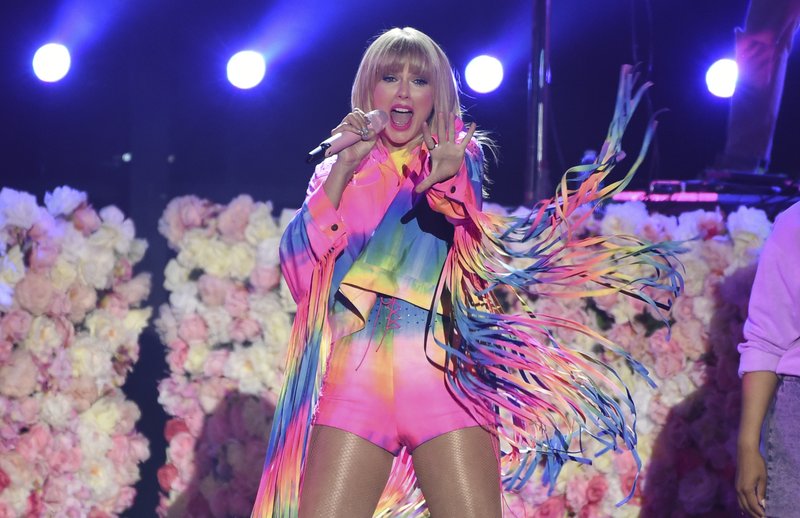 In a scathing Tumblr post Sunday, the pop superstar writes she is sad and grossed out that her music catalog now belongs to Braun, whom she accuses of subjecting her to years of incessant and manipulative bullying, referencing clashes with Kim Kardashian and Kanye West.

"This is my worst case scenario," Swift writes.

Braun's Ithaca Holdings announced Sunday that it is acquiring Big Machine Label Group, which released all of Swift's studio albums and owns her masters. Swift says she learned of the sale Sunday.

Swift left Big Machine and signed with Universal Music Group in November because she says she knew that re-signing with the group that had managed her since she was 15 would only result in her not owning her future work.

"When I left my masters in (Big Machine Label Group founder Scott Borchetta's) hands, I made peace with the fact that eventually he would sell them," she writes. "Never in my worst nightmares did I imagine the buyer would be Scooter."

She writes that now Braun has "stripped her" of her life's work that she "wasn't given an opportunity to buy."

"My musical legacy is about to lie in the hands of someone who tried to dismantle it," she writes.

In a statement posted Sunday night on the Big Machine Label Group's website, Borchetta said he told Swift's father, Scott, and other shareholders on June 25 of the upcoming deal with Ithaca Holdings. Borchetta said he texted Taylor Swift about the deal on Saturday "to inform her prior to the story breaking on the morning of Sunday, June 30th so she could hear it directly from me."

"I guess it might somehow be possible that her dad Scott, 13 Management lawyer Jay Schaudies (who represented Scott Swift on the shareholder calls) or 13 Management executive and Big Machine LLC shareholder Frank Bell (who was on the shareholder calls) didn't say anything to Taylor over the prior 5 days. I guess it's possible that she might not have seen my text. But, I truly doubt that she 'woke up to the news when everyone else did,' " Borchetta said.

Representatives for Braun did not immediately respond to request for comment.

Bieber responded in an Instagram post late Sunday apologizing for hurting her at the time, and also defending Braun who he says, "didn't have anything to do with it" and has her back.

"For you to take it to social media and get people to hate on (S)cooter isn't fair," Bieber wrote.

Braun's wife, Yael Cohen, also chimed in on Instagram refuting Swift's claim that she found out the news with the rest of the world.

"Your dad is a shareholder and was notified and Borchetta personally told you before this came out," Cohen alleges. "My husband is anything but a Bully."

Swift ended her post looking to the future and says she thankfully "signed to a label that believes I should own anything I create."

She also advocates for artist ownership of songs and hopes that the next generation will "read this and learn about how to better protect themselves in a negotiation."

"I will always be proud of my past work," she added, making sure to also plug her new album, "Lover" which will be released on Aug. 23.