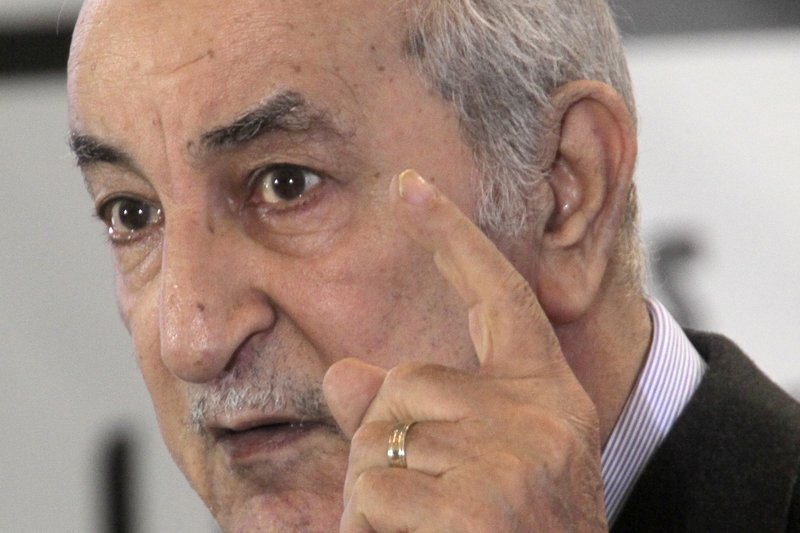 Tebboune grabbed a majority vote of 58.15 percent in the presidential polls held on Thursday, despite the decision of former ruling party National Liberation Front not to endorse him.

Some observers had predicted that the political career of Tebboune came to an end when he had been dismissed from the post of prime minister in 2017.

Tebboune was sacked following his resolute stance against interference of prominent businessmen close to the entourage of ousted former president Abdelaziz Bouteflika.

Those businessmen are now behind bars as they are involved in major corruption cases.

Head of the National Independent Election Authority Mohamed Chorfi announced that Tebboune was elected the eighth president of Algeria.

The figures show that Abdelkader Bengrina came second as he collected 17.38 percent of the votes, followed by Ali Benflis with 10.55 percent, and Azzeddine Mihoubi with 7.26 percent. Abdelaziz Belaid came the fifth with 6.66 percent.

According to the election law, the Constitutional Council is expected to confirm the final results of the presidential elections between Dec. 16 to 25.

Earlier on Friday, Tebboune told a press conference that he has "a number of priorities to tackle at the beginning of his term as president, namely opening dialogue with the different components of the protest movement" rocking the country since Feb. 22.

He revealed that "one of his priorities is to craft a new constitution and setting it for popular referendum."

He added that a wide scale dialogue will be held with all components of the society, including academics, economists, politicians, civil society and intellectuals, in a bid to draw a draft constitution for the new state of Algeria.

Tebboune added that a new election law will be crafted, which will likely be followed by parliamentary and local elections.

Tebboune also vowed to "continue combating corruption and corrupted people," saying that "I'm committed also to retrieve the huge public funds that were looted by former government officials and businessmen."

Tebboune, 74, entered the government in 1991 as he was appointed minister-delegate for local government until 1992.

He returned to the government when former president Bouteflika came to office in 1999. He was appointed prime minister in 2017 but only for three months.