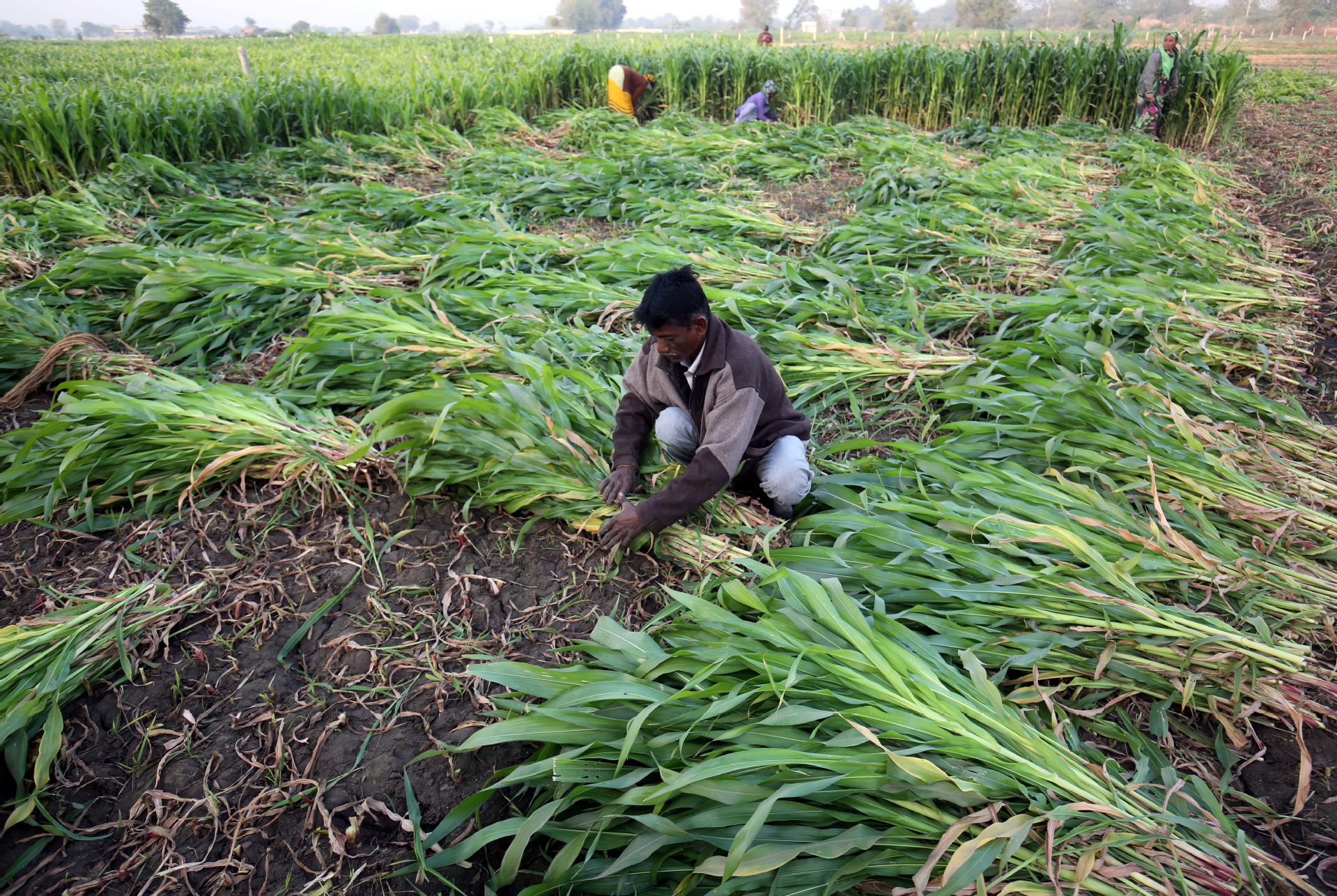 A farm worker harvests maize crop in a field on the outskirts of Ahmedabad, India, Feb 1, 2019. (Photo: Agencies)

NEW DELHI－Startups and venture capital are pouring into what might seem an unlikely place: India's vast, outdated agriculture industry.

Entrepreneurs are now selling farmers apps to connect them to big buyers nationwide and using artificial intelligence, or AI, to improve the rickety supply chains that lose one-fourth of India's produce to wastage.

Enormous amounts of India's grain, fruit and vegetables rot between farm and table because of manual handling, repeated loading and unloading, poor inventory management, lack of adequate storage and slow movement of goods. This rate of wastage from faulty supply chains is four to five times that of most large economies, experts say.

But farmers fought back with disruptive national protests and Modi lost a Cabinet minister from breadbasket state Punjab over concerns that the deregulation might endanger government-guaranteed minimum prices for produce.

The farm sector contributes nearly 15 percent of the output of India's $2.9 trillion economy and employs around half its 1.3 billion people.

Producers and buyers are looking for business, helped by high-tech gear backed by big investors.

Nearly 85 percent of India's farmers own less than 2 hectares of land and lack the means to sell beyond local markets, even if that means forgoing better prices.

Potato farmer Rakesh Singh in Uttar Pradesh state said he is keen to get computer-enhanced tools to help his business in India's most populous state.

"Real-time prices available on live electronic trading platforms and easy-to-use trading apps for mobile phones make the process of price discovery and selling goods a transparent and hassle-free experience for us," he told Reuters.

Singh is looking forward to a trading app from Farmpal Technologies, a small firm based in western Maharashtra state, targeting heartland states with technology that connects producers directly with retailers. Its software predicts market conditions and manages inventories accordingly.

"The new law will have an immediate impact, and there is going to be a spurt in agritech startups," Kahn said.

Some firms will develop AI tools for assaying and warehousing, others will offer electronic platforms to connect farmers with mom-andpop stores and large retailers.

Digitizing the supply chain will generate data that firms will use to gauge demand, crop size and new season arrivals, said Sethi.

Nukul Upadhye, co-founder of Bijak, another startup, said: "We provide farmers with a data set of good, reliable buyers from far-off places willing to pay a premium for the produce of their choice and quality. That way, we help both farmers and their buyers."

But some growers, like Singh, will also continue to rely on existing markets that offer a level of protection.

"I don't have 100 percent control over the quality of my crop, which will always be vulnerable to bad weather," he said. "I know that agritech companies will reject my crop if it doesn't meet their rigid quality standards."