WORLD Teen kayaker says shark attack was like everything in ‘Jaws’

Teen kayaker says shark attack was like everything in ‘Jaws’ 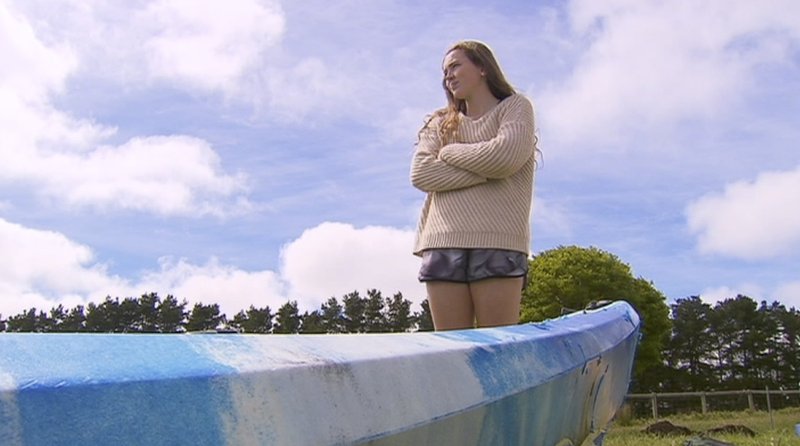 In a matter of seconds, 15-year-old Sarah Williams surfaced and was rescued by her father and brother from the shark attack she says was “everything you picture in the ‘Jaws’ movie.”

The 4.5-meter (15-foot) shark struck from beneath the kayak, tossing Sarah into the water Sunday off the coast near Normanville in South Australia state.

“I saw it when I was in the water with it. I saw what it was and I saw its fin,” she told Nine Network television on Monday.

She survived the ordeal with scratches and bruises.

Her father Chris Williams said on Tuesday he powered toward her in a 4.2-meter (14-foot) motor boat as she clambered back on to the kayak.

The shark was between the boat and the kayak thrashing, he said.

Williams said his son Mitch dragged his sister across the shark’s back somewhere between its nose and dorsal fin to get her into the boat.

“I am having trouble coming to terms with how my son and I were able to get her off that kayak and over the shark and into the boat without her getting seriously hurt,” Williams said.

“I have this vision all the time of this massive shark that was just thrashing in the water and ripping into this kayak which my daughter had been knocked off but was back on — I just don’t know how we got her off,” he said.

Williams said the boat was about 25 meters (80 feet) from the kayak when the shark attacked. He estimated his daughter was rescued 30 seconds later, and doubted she would have survived for another 10 seconds in the water.

“This thing came in and hit the kayak from underneath, catapulted my daughter and the kayak into the air and when I turned around ... all I could see was the shark had launched itself on top of the kayak and thrashing its tail around and it was all white water and no daughter,” Williams said.

“Then she popped up out of the water and climbed back on to the kayak and just screamed like you don’t ever, ever want to hear,” he added.

State Premier Jay Weatherill said the question of a shark cull in response to the attack was complex and the government would take advice from experts on the issue.