Three African teenagers rescued at sea have been charged with hijacking a commercial tanker to force it to change course to Malta. 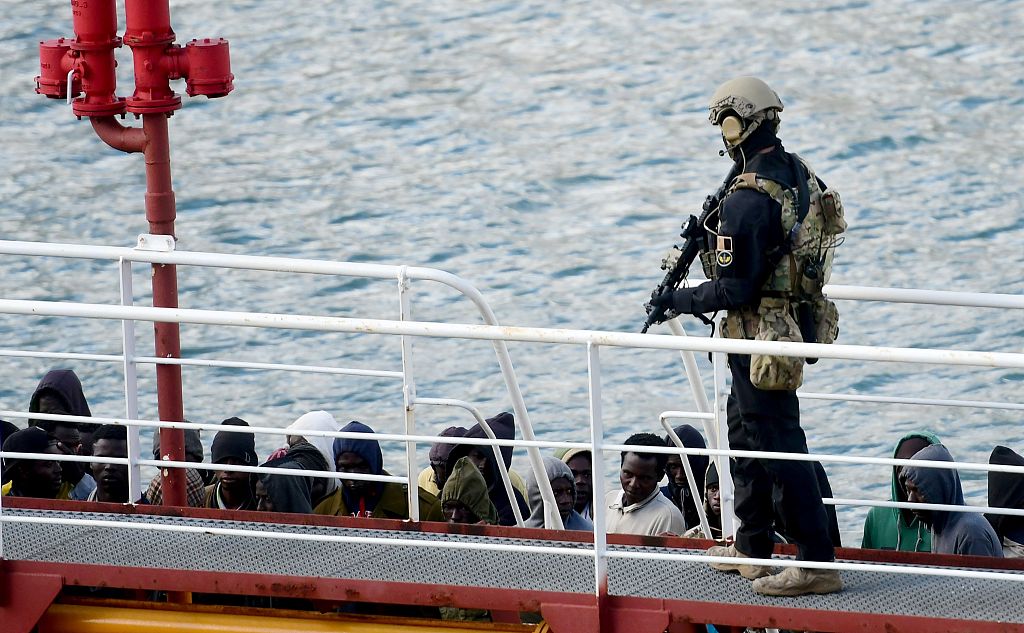 An armed policeman standds guard after migrants disembarked from the Motor Tanker El Hiblu 1 that was hijacked by migrants in Valletta's Grand Harbour on March 28, 2019, after Maltese armed forces took control of the vessel. (Photo: VCG)

The Turkish tanker, the El Hiblu 1 was seized by a group of migrants of a larger group of 108 whom it rescued at the sea within Libya's search and rescue zone on Wednesday.

The migrants reportedly threatened the crew and forced it to change direction once they realized that they were going to be returned to Libya.

The three youths, aged 15, 16 and 19 appeared in court on Saturday to face charges of having unlawfully seized control of the ship, a crime which under Maltese law is punishable by a jail term between seven and 30 years.

Two of the teenagers are from Guinea and a third from Cote d'Ivoire. All three said in court that they were students.

Bail was denied as they have no ties to the island.