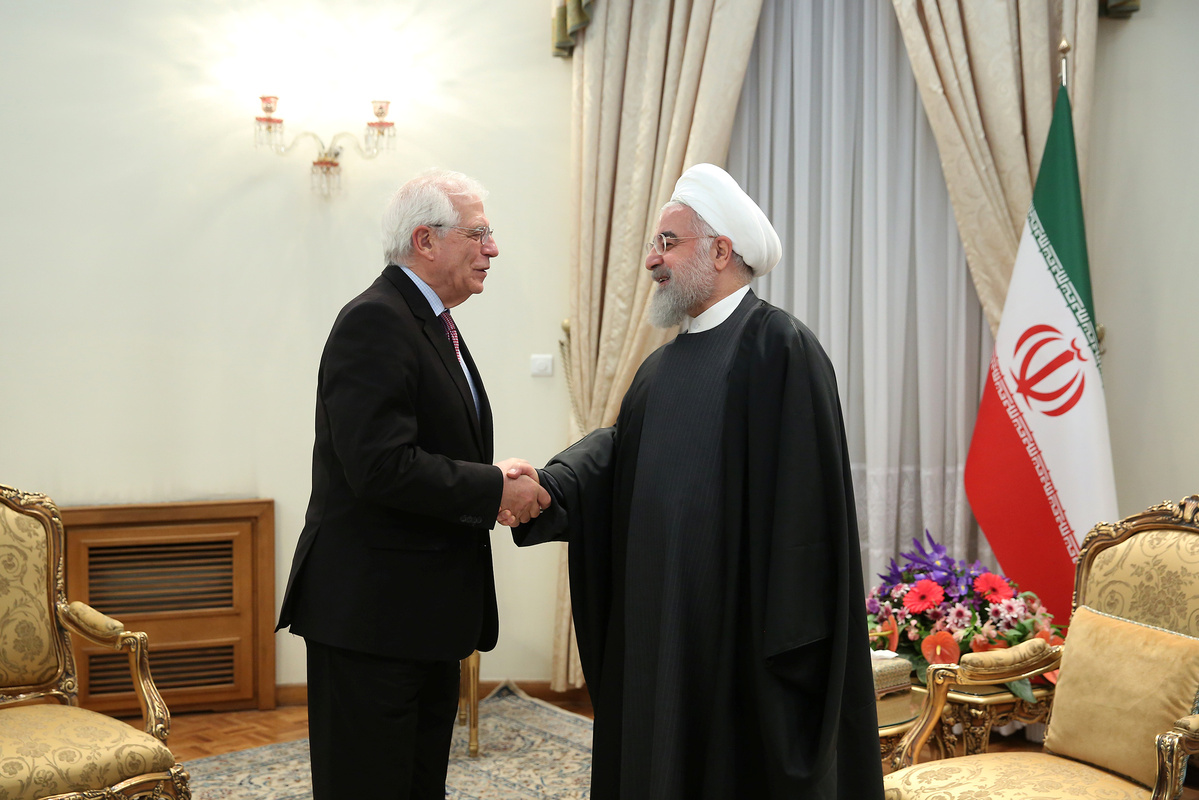 Iran and the European Union have expressed a willingness to save an endangered nuclear deal signed between Teheran and world powers in 2015, with both sides vowing to increase interactions and cooperation toward this goal.

Iranian President Hassan Rouhani said on Monday that Teheran is still ready to cooperate with the EU on resolving nuclear issues, adding Teheran would resume honoring its commitments to the deal if other signatories to it complied with their obligations, according to the official Islamic Republic News Agency.

Rouhani made the comments during a meeting in the Iranian capital with Josep Borrell, the EU's top diplomat, who was making his first visit to Iran since taking office.

The trip is seen as the latest move by the EU to save the deal, which imposed limits on Iran's nuclear program. The United States withdrew from the pact in 2018.

Iran last year began reducing its commitments under the deal to put pressure on the parties remaining in the accord, in an effort to protect its economy from US sanctions and allow the country to gain the full benefits outlined in the deal.

The United Kingdom, France and Germany－as signatories to the deal－in January initiated a dispute process as a means of challenging Teheran over the breaches to the limits placed on its nuclear program.

However, Borrell said the EU is not interested in trying to end the 2015 deal, but to start a process that would "keep it alive".

He said the activation of the dispute settlement mechanism did not mean that these countries want to go to the United Nations Security Council in order to definitely cancel the nuclear deal.

The three countries "are in agreement not to go directly to a strict time limit" that would oblige them to go to the Security Council, he said. "All of them insisted on the idea that this was not a measure oriented to finish with the deal but to try to keep it alive, to give time to negotiations," Borrell said.

Rouhani told Borrell on Monday that, for now, Iran would continue to submit to inspections by the International Atomic Energy Agency.

However, Teheran might also reconsider providing UN inspectors with access to Iran's nuclear facilities if the country were confronted with "a new situation", Rouhani was quoted by the IRNA as saying.