TEHERAN/DUBAI－Iranian Foreign Minister Hossein Amir Abdollahian said the eighth-round Vienna talks on the restoration of a 2015 nuclear deal are in a "better direction" than previous rounds.

Indirect talks between Iran and the United States on salvaging the Joint Comprehensive Plan of Action, or JCPOA, resumed on Jan 3. Iran refuses to meet directly with US officials, meaning that other parties to the landmark deal－China, Russia, the United Kingdom, France and Germany－must shuttle between the two sides.

However, Iran has yet to see "serious willpower" from the US and three European parties, Abdollahian told news channel Al Jazeera English on Tuesday.

"We do not yet see new initiatives from the West. ... They do not seem ready to return to their commitments quickly, so we feel that the West is still dragging its feet," he explained.

Both sides were displaying little flexibility on core issues in the indirect nuclear talks, Reuters commented, raising questions about whether a compromise can be found soon.

The thorniest points that remain are the speed and scope of lifting sanctions on Teheran, including Iran's demand for a US guarantee of no further punitive steps and restoring curbs on Iran's atomic work. 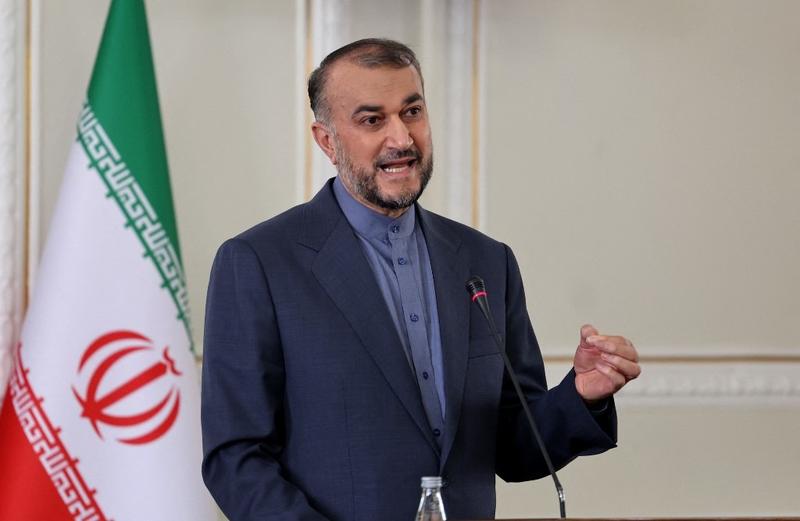 But former US president Donald Trump ditched the pact in 2018 and reimposed sanctions that badly damaged Iran's economy.

Following months of talks that began after Joe Biden replaced Trump in the White House, Western officials now say time is running out to resurrect the pact. But Iranian officials deny they are under time pressure, arguing that its economy can survive with oil sales to other countries.

Western diplomats have indicated they are hoping to have a breakthrough by the end of January or early February, but sharp differences remain with the toughest issues still unresolved. Iran has rejected any deadline imposed by the West.

France said on Tuesday that despite some progress at the end of December, Iran and the world powers are still far away from reviving the deal.

"The discussions are ongoing. They are slow, too slow, and that creates a gap that jeopardizes the chance of finding a solution that respects the interests of all sides,"French Foreign Minister Jean-Yves Le Drian told a parliamentary hearing.

The US State Department said on Jan 4 that the issues "at the heart of the negotiations" are sanctions relief and the steps that Iran would take to return to the accord.

Iran insists on the immediate removal of all Trump-era sanctions in a verifiable process. Washington said it would remove curbs inconsistent with the 2015 pact if Iran resumed compliance with the deal, implying that it would leave in place others such as those imposed under so-called terrorism or human rights measures.

"Americans should give assurances that no new sanctions under any label would be imposed on Iran in future. We need guarantees that America will not abandon the deal again," said a senior Iranian official.

Iran's media outlet Nournews reported on Wednesday that Iran's key conditions at the talks "are assurances and verifications".

On the issue of obtaining verification that sanctions have been removed－at which point Iran would have to revive curbs on its nuclear program－a senior Iranian official said Teheran and Washington differed over the timetable.

"Iran needs a couple of weeks to verify sanctions removal (before it reverses its nuclear steps). But the other party says a few days would be enough to load oil on a ship, export it and transfer its money through banking system," the official said.

Shadowing the background of the talks have been threats by Israel, which sees Iran as a threat. Israel has threatened to attack Iranian nuclear installations if it deems diplomacy futile in containing Teheran's atomic abilities and potential.

In response, Iran has said it would hit back hard if it were attacked.