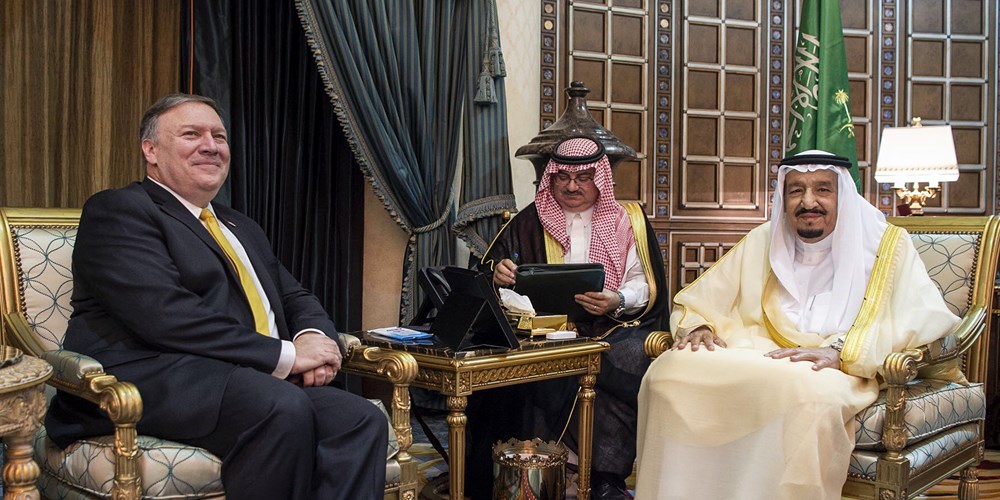 Iran on Monday dismissed "unfounded" accusations by new US Secretary of State Mike Pompeo over its "ambition to dominate the Middle East".

Pompeo lashed out at Tehran on Sunday during a rapid tour of Middle East allies ahead of a crucial White House decision on whether to quit a landmark 2015 nuclear deal with Iran.

Speaking during a visit to Iran's arch-rival and key US ally Saudi Arabia just days after he took office, Pompeo accused Tehran of destabilising the Middle East through its support for Syria's President Bashar al-Assad and for rebels in Yemen.

"The US secretary of state's remarks on the presence and role of the Islamic Republic of Iran in certain countries in the region are a repetition of absurd and unfounded accusations," Iran's foreign ministry spokesman Bahram Ghassemi said in a statement Monday.

Iran's presence in Syria and Iraq is in response to requests from the two countries' governments and is part of "the fight against terrorism in the region", he said.

"This assistance will continue as long as (these) governments need help in this fight," he said.

Such charges are "a false problem, created solely for the purpose of diverting the attention of international public opinion from the atrocities committed by Saudi Arabia in its daily attacks" in Yemen, he said.

Shiite-dominated Iran and Sunni heavyweight Saudi Arabia, which cut diplomatic ties in January 2016, are engaged in a region-wide struggle for influence and back rival sides in Lebanon, Syria and Yemen.