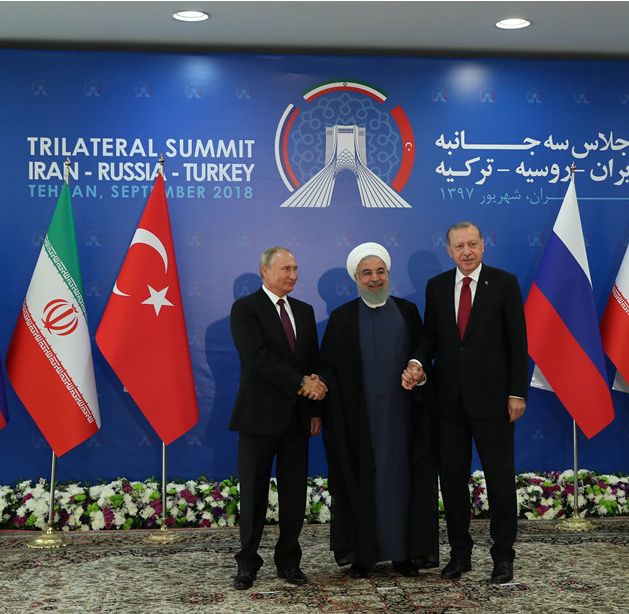 TEHRAN, Sept. 7 (Xinhua) -- A statement issued at the end of the summit in Iran's capital Tehran on Friday underscored the significance of political solution to the Syrian conflict.

"The Syrian crisis cannot have a military solution and can only be settled through a peaceful political procedure," the statement, endorsed by the presidents of Iran, Russia and Turkey, read.

The statement also stressed the commitment of the summit to help form a Syria's Constitutional Committee.

The presidents of Iran, Russia, and Turkey held a summit in Tehran on Friday to discuss the situation in Syria's Idlib, where Turkey holds considerable sway over an array of rebel groups.

Cooperation to annihilate militants of the Islamic State group, the Levant Liberation Committee (LLC), or the al-Qaida-linked Nusra Front, was another major agreement in the summit.

During the summit, Iranian President Hassan Rouhani said operation in Idlib is part of the "fight against terrorism," but civilians should be protected from bloodshed.

"The struggle against terrorism in Syria would be continued, particularly in Idlib," Rouhani said.

Turkish President Recep Tayyip Erdogan said that Turkey would not allow bloodshed to take place in the northern Syrian province of Idlib.

"Any attack on Idlib will result in tragedy and the massacre of the civilians, ... and 3.5 million people will be affected," he said.

Ankara fears that an imminent military operation by the Syrian government in Idlib can trigger a flood of refugees to Turkey.

Turkey recently has stepped up for diplomatic and military demarche as the Syrian government forces are planning a massive operation to eliminate all extremist groups in Idlib after the successful recapture of rebel-held parts of western and southern Syria.