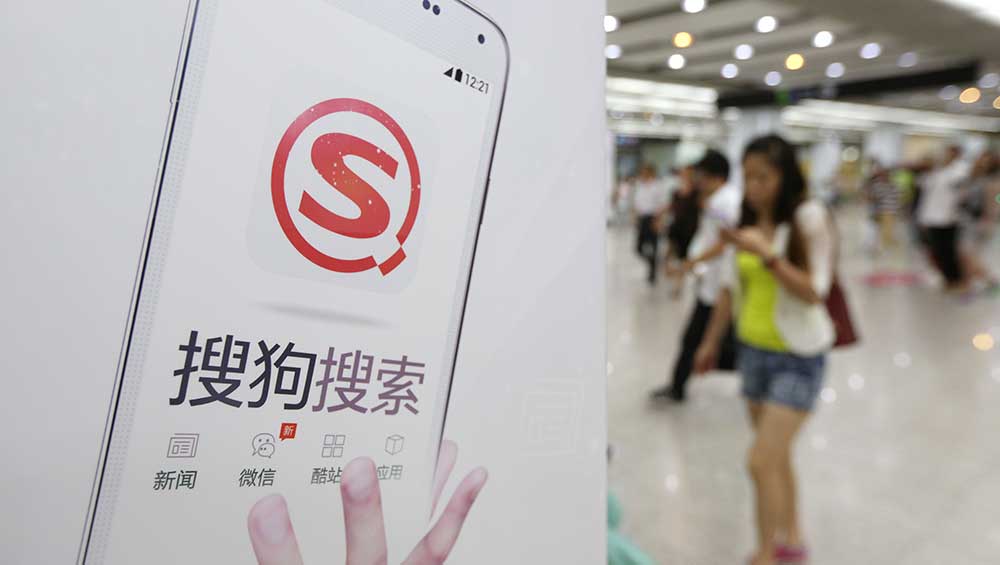 China-based Sogou Inc’s (SOGO.N) shares rose more than 10 percent in their US market debut, as investors expect a massive base of Chinese smartphone users to help the Tencent-backed search engine company narrow the gap with market leader Baidu.

Shares of Sogou rose as much as 13.1 percent on the New York Stock Exchange on Thursday morning, valuing the Beijing-based firm at $5.76 billion.

Sogou’s initial public offering was priced at $13 per American depository share, at the high end of the expected $11 to $13 range, and raised $585 million.

It also represents the latest in a recent flurry of New York listings by Asian companies, joining other Chinese firms as well as startups from Singapore and Taiwan in tapping US equity markets for capital this year.

Sogou expects the size of the domestic online search industry will balloon to $30.7 billion in 2021 from $11.5 billion in 2016, driven by the hundreds of millions of Chinese who browse the internet on their mobile phones. Sogou says this massive user base represents a largely untapped opportunity to make money through ads.

Sogou, the default search service on Tencent's Mobile QQ browser and qq.com, has about 483 million mobile monthly active users, according to its IPO paperwork bit.ly/2jdluwP with U.S. securities regulators.

Baidu, in contrast, had some 665 million monthly active mobile search users in December 2016, the last period for which it disclosed the metric.

Sohu will remain Sogou’s controlling shareholder after the IPO, while Tencent will own a 38.7 percent stake.

JPMorgan, Credit Suisse, Goldman Sachs and CICC were among the underwriters to Sogou’s IPO.