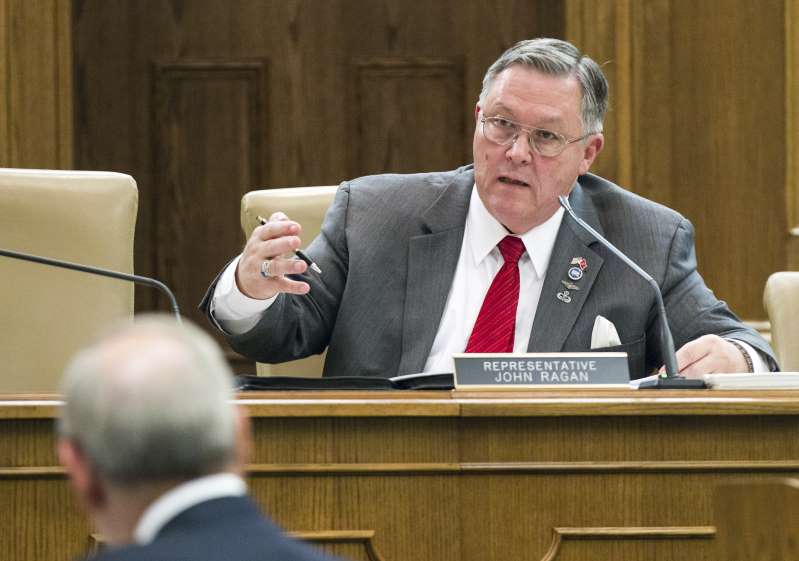 A Tennessee lawmaker wants the state's public indecency law to apply to bathrooms and changing rooms — a move that critics argue is designed to restrict the facilities that transgender people can use.

The bill, which was approved by a House subcommittee Wednesday, is still in the early stages of making its way through the GOP-dominant General Assembly. Still, it has already caught the attention of civil rights activists concerned about its possible similarity to the one North Carolina enacted before eventually repealing due to national backlash.

According to the proposal, Tennessee's indecent exposure law would be changed from applying to a "public place" to specify that public places include public restrooms, locker rooms and dressing rooms designated for single-sex, multi-person use. To be found guilty, the person would have to be a member of the opposite sex of that designated area and intentionally expose their genitals or "reasonably" expect that the act will be viewed and offend the viewer.

"This bill simply adds clarity to the definitions and otherwise leaves current law on indecent exposure unchanged," said Rep. John Ragan, the Republican sponsoring the bill. "(It will) ensure that the definition of public space, as is already in law, is expanded to ensure clarity."

Ragan's proposal had initially specified that a "gender dysphoria, gender confusion, or similar conditions" diagnosis could not be allowed as a defense if charged with indecent exposure.

However, that line was quietly omitted in an amendment adopted Wednesday, with Republican lawmakers on the panel then attempting to downplay concerns the bill was targeting transgender people.

In particular, that struggle came to a head when Ragan said he was sponsoring the bill due to confusion created when Obama-era regulations instructed schools to allow students to use bathrooms and locker rooms in line with their expressed gender identity as opposed to their sex assigned at birth.

Trump's administration has since rolled back those regulations, but Ragan said confusion remains.

"I just want to make sure, we're on the bill as amended has absolutely nothing to do with what we're hearing about now," said Republican Rep. Michael Curcio.

Ragan appeared flustered, but added the background was important to understand why clarity on Tennessee's indecent exposure law was important.

The House Criminal Justice subcommittee agreed Wednesday to send the proposal to a full hearing after debating the language for 15 minutes. No one from the public testified on the bill, but roughly a dozen protesters sat in the front row and held signs signaling their opposition to the bill.

After the meeting adjourned, protesters followed Ragan out of the committee room and called out to him. One woman said she was "very proud" of her transgender child, while a separate man yelled out "Nazi."

Ragan walked out a private entrance.