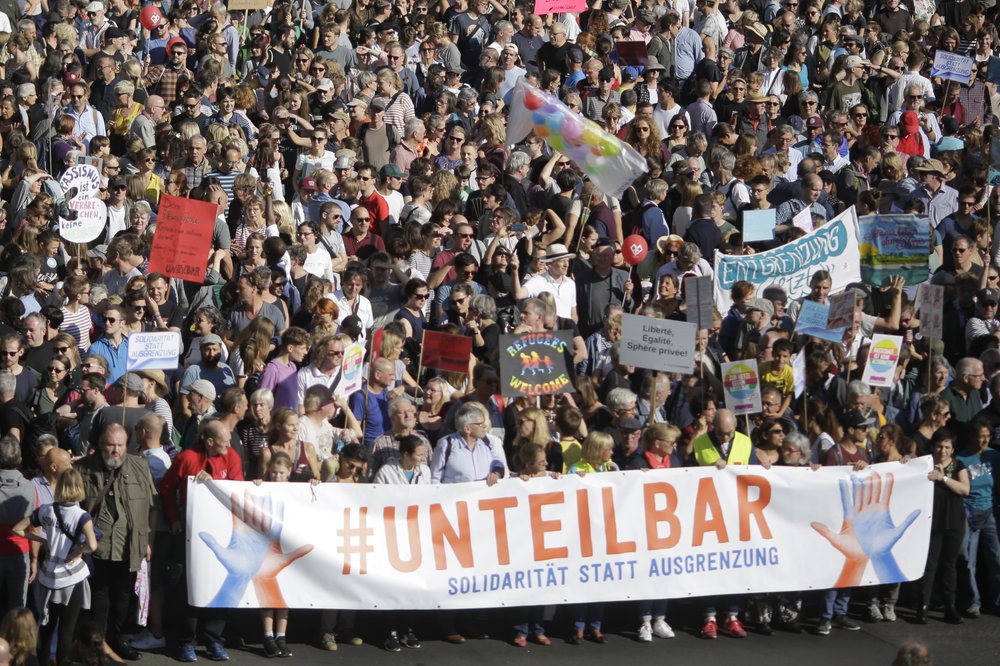 Thousands of people attend a demonstration in Berlin, Germany on October 13, 2018. (Photo: AP)

Tens of thousands of people protested racism and discrimination Saturday in Berlin, a demonstration that came amid rising concerns about Germany’s increasingly confident far right.

A wide range of groups, including pro-refugee, gay rights and Muslim organizations, backed the “Indivisible” protest in the heart of the German capital under the slogan “solidarity instead of exclusion — for an open and free society.”

Last year’s German election saw the far-right Alternative for Germany party enter the national parliament. Anti-migrant violence a few weeks ago in the eastern city of Chemnitz has added to concerns.

Organizers said more than 240,000 people turned out Saturday, while police on Twitter cited a turnout figure in “the low six-digit region.”

Among backers was Foreign Minister Heiko Maas, who told the Funke newspaper group that he welcomed “a great signal” that “the majority in our country stands for tolerance and openness.”