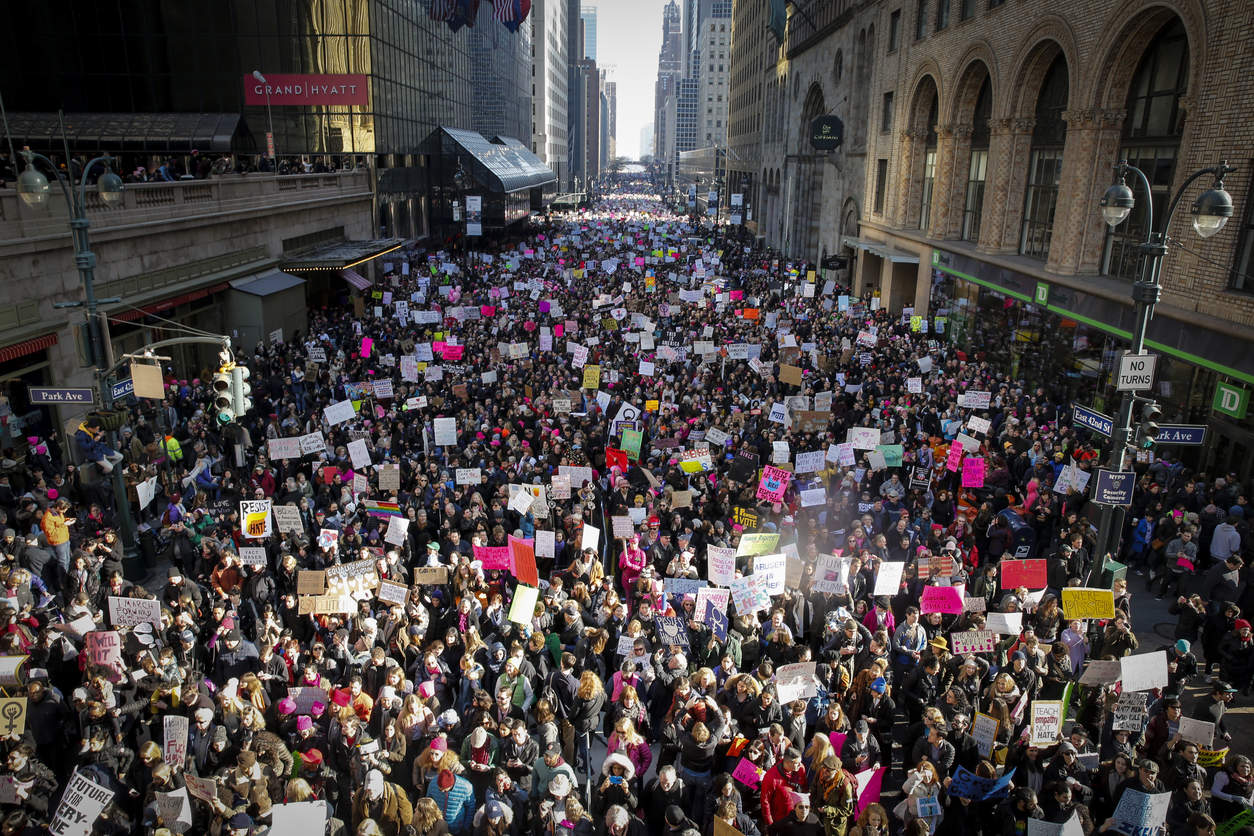 NEW YORK, Jan. 19 (Xinhua) -- Braving chilly wind, tens of thousands of people in New York City took to the streets to join the third Women's March on Saturday, as a part of the annual nationwide event calling for women's rights and social equality in various aspects.

At around 11:00 a.m. (1600 GMT), the crowd gathered in upper west Manhattan before marching downtown through the Sixth Avenue. Amid steady and pulsing drumbeats, the marchers held thousands of different self-made posters and chanting various slogans to express their resistance to a growing list of gender-related injustice in the country.

"I'm here to support the women of now and the women of the future," said 17-year-old Emily Walter. "I feel we have a lot to do, and I want to make this world a better world for me and for my kids."

Jennifer Edison, a local, said she has been marching for legislation of women's rights for over 30 years. "The way that we'll get our most power is by legislating women's rights in the texts of Constitution," she said.

"Women should be able to make decisions about their own bodies, without anybody else's permission," Edison stressed when asked about the most urgent issue facing women in the country. "For all genders, all races, all religions, we own our bodies."

David, who only gave his first name, was limping forward on a crutch among the crowd. He came from London as a tourist and decided to join as a way of echoing his friends who attended similar marches back home. "I feel it's important. We need to have equality in the world, no matter for male, female, abled or disabled, people of any race or color," he said.

A separate rally was also held in downtown Manhattan's Foley Square, which drew some 1,500 people. The split is caused by anti-Semitism accusations against some original organizers of the march.

In January 2017, the first Women's March took place in the wake of President Donald Trump's inauguration ceremony. It has been a widely-echoed event with over 300 "sister marches" held around the country and the world.