SKOPJE, Dec. 14 (Xinhua) ---- Tens of thousands of citizens responded to the call of the government and joined the clean-up campaign on Saturday in Skopje and several other cities in North Macedonia. 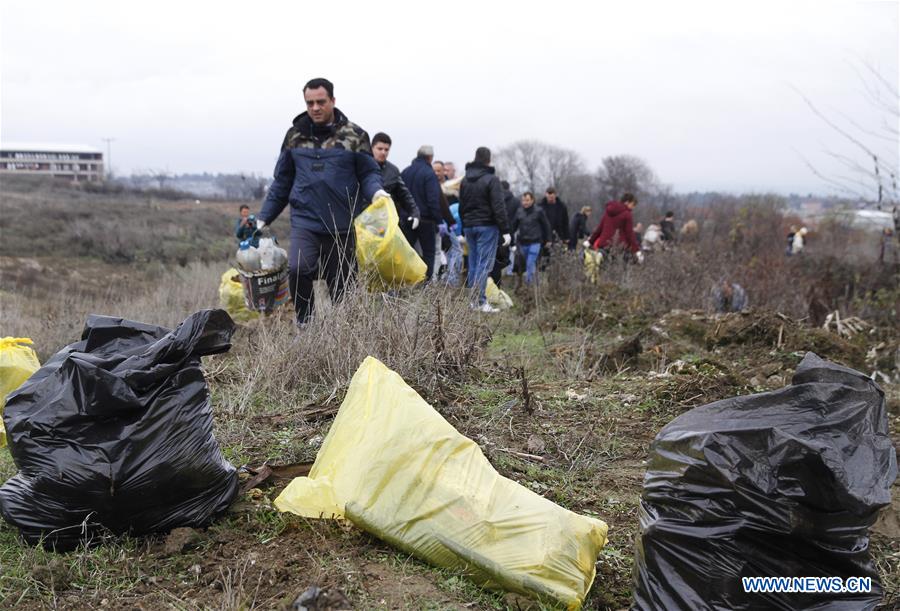 The campaign was led by Prime Minister Zoran Zaev, members of his government and other officials. Zaev said that this campaign is important and should be an incentive for raising the eco--consciousness of the citizens.

"With this campaign we want to give a positive example, a signal to the citizens. We have to solve this issue which hasn't been tackled for years,"Zaev said after cleaning a landfill near an elementary school in Skopje. 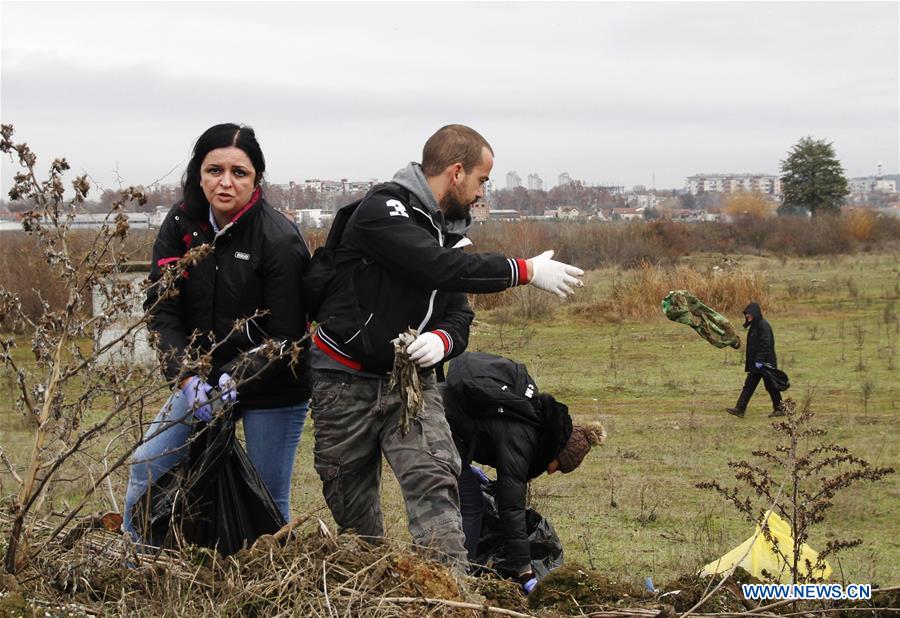 The government of North Macedonia organized the campaign together with the civil society organization "Ne bidi gjubre" (Don't be a garbage) and called the employees of the state and local administrations to participate in this campaign in hope of raising the awareness for pollution and littering problems that the country faces.

According to the government's estimates, about 40,000 people responded to the call and showed up at 20 locations for cleaning.