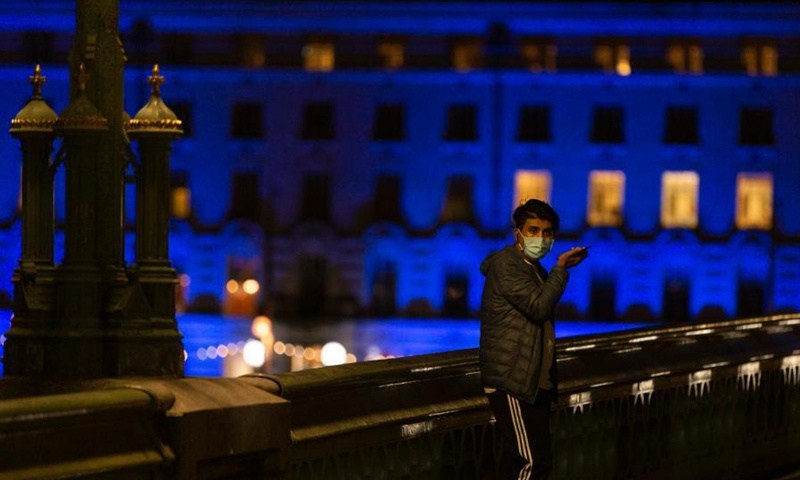 A man wearing a face mask walks along the Westminster Bridge in London, Britain, on Dec. 23, 2020. (Photo: Xinhua)

Over 800,000 renters may lose their homes, according to a letter recommending legal and policy changes to avert a crisis fuelled by measures taken to tackle the COVID-19 pandemic.

The UK is on the verge of a mass eviction crisis due to job losses, business closures and pay cuts amid the COVID-19 crisis, a letter sent to the government on 1 March 2021 says.

18 labour unions, tenant unions and housing groups are calling on the government to address the issue of "rent debt" in a manner that more fairly balances the interests and needs of landlords and the wider public.

A "loophole" in the eviction ban, that the government introduced on 8 February, means that, "tens thousands of renters who owe more than 6 months rent are now at imminent risk of eviction", the signatories say. This is compared to "significant" financial support given to landlords over the past year.

45 percent of money obtained via the furlough scheme between March and October 2020 was spent on rent, according to analysis cited by the group.

An estimated 840,000 renters are at threat of imminent eviction, as a result of the COVID-19 pandemic and the policies implemented to tackle the virus. Exceptionally low interest rates and the slashing of Stamp Duty Land Tax for new properties, including for buy-to-let investments, are fuelling property prices, the letter says. Though mortgage holidays offered to landlords currently don't need to be passed on to renters so that they may defer rent payments.

"Handing over public money to wealthy landlords who can afford to absorb the cost of missed rent payments will only make the problems in our rigged housing system worse. Government backed loans would help underwrite landlord profits but would leave renters pressured to take on massive debt repayments they can't afford", Amina Gichinga from London Renters Union said, responding to proposals of grants and loans to assist with rent arrears,

"If you can't afford your rent, how can you afford loan repayments?, she added.

The letter, which is addressed to Minister for Housing, Communities and Local Government, Robert Jenrick, urges the government to deal with these concerns by:

Amending the Housing Act to ban evictions on rent arrears grounds for people who have lost income because of the pandemic and encourage landlords to write off rent debt.

Urgently bringing forward the Renters Reform Bill so that renters struggling to cope with the pandemic do not face 'no-fault evictions'.

Set out a strategy to tackle the long-term unaffordability crisis in the rented sector.