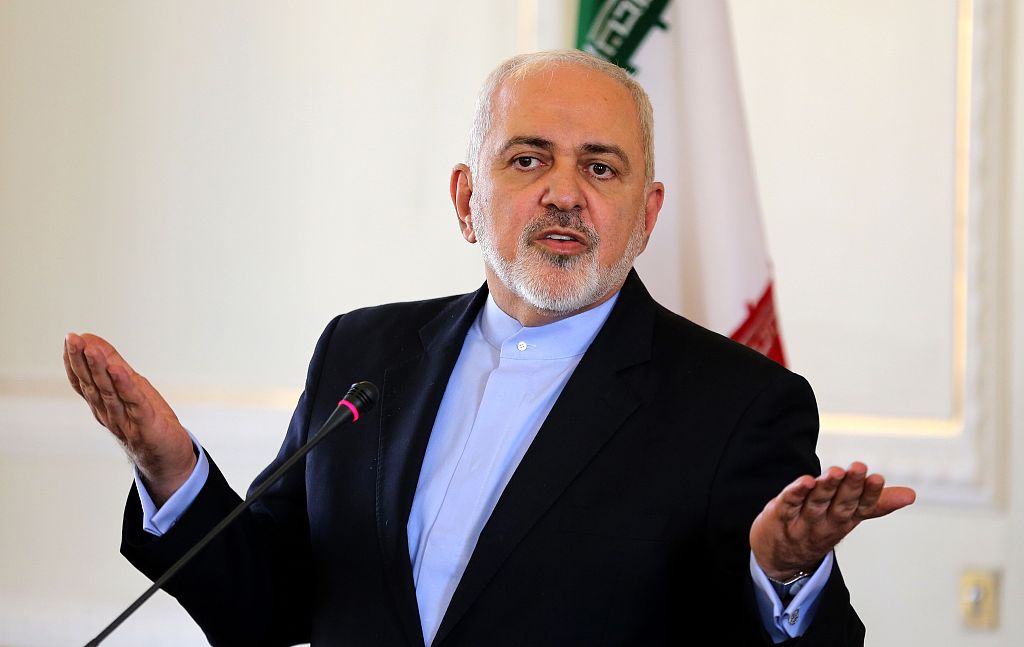 The United States on Wednesday stepped up pressure on Tehran by introducing new sanctions on its metal sectors, hours after Iran’s announcement to reduce its nuclear commitments.

US President Donald Trump unveiled additional sanctions on Iran’s iron, steel, aluminum, and copper sectors, threatening further actions unless “it fundamentally alters its conduct,” according to a statement released on the official website of the White House.

Earlier on Wednesday, Iranian President Hassan Rouhani officially announced that the country will partially reduce its commitments under the 2015 nuclear deal as a retaliation against the US unilateral withdrawal from the deal and the renewed US sanctions.

According to Rouhani, Iran suspends selling stockpiles of enriched uranium and heavy water for 60 days starting on May 8 and threatens to resume enriching uranium activities which are not allowed under the nuclear deal unless its main interests in the oil and banking areas are safeguarded, the Tehran Times reported.

Formally known as the Joint Comprehensive Plan of Action, under which Tehran agreed to halt its efforts to develop a nuclear weapon in return for lifting economic and financial sanctions. However, Washington pulled out and re-imposed sanctions on Iran amid strong opposition and concerns of the international community last May, which has severely affected the Iranian economy over the last year.

The move was made in response to the inactiveness of the European countries, including the UK, France and Germany, who had pledged to help Tehran neutralize the adverse effects of the US withdrawal, Iranian state media the Islamic Republic News Agency (IRNA) said on Wednesday.

Iran’s Supreme National Security Council (SNSC) also issued a statement on Wednesday saying that the country will resume implementing the commitments when its needs are met, otherwise it will stop implementing other obligations “phase by phase.”

“In the current phase, the Islamic Republic of Iran does not consider itself committed to comply with restrictions on its stockpiles of enriched uranium and heavy water,” the SNSC noted.

According to the statement, Rouhani has informed leaders of the remaining signatories to the nuclear deal of Tehran’s decision.

Clarifying that Tehran was not seeking confrontation, the Iranian Foreign Minister Mohammad Javad Zarif, who was on a visit to Russia, urged Washington on Wednesday to give up its “dangerous policies.”

Previously, tensions have been rising since the US designated Iranian Revolutionary Guard Corps (IRGC) a foreign terrorist organization in April and sent an aircraft carrier strike group and a bomber task force to the Middle East without specifying the reason behind the deployment on Sunday.

On Wednesday, the General Staff of Iran’s Armed Forces also issued a statement, saying that Iran “in a decision based on three principles of dignity, wisdom and expediency, has made operational the reduction of its nuclear commitments and is determined to take appropriate measures to protect the rights of the nation of Iran with full authority,” the IRNA reported.

Warning “the enemies” that any possible move would face “a regrettable response” from the armed forces that are “fully and vigorously ready” to protect the country, the statement was believed to be a response to the US recent military move in the Middle East.