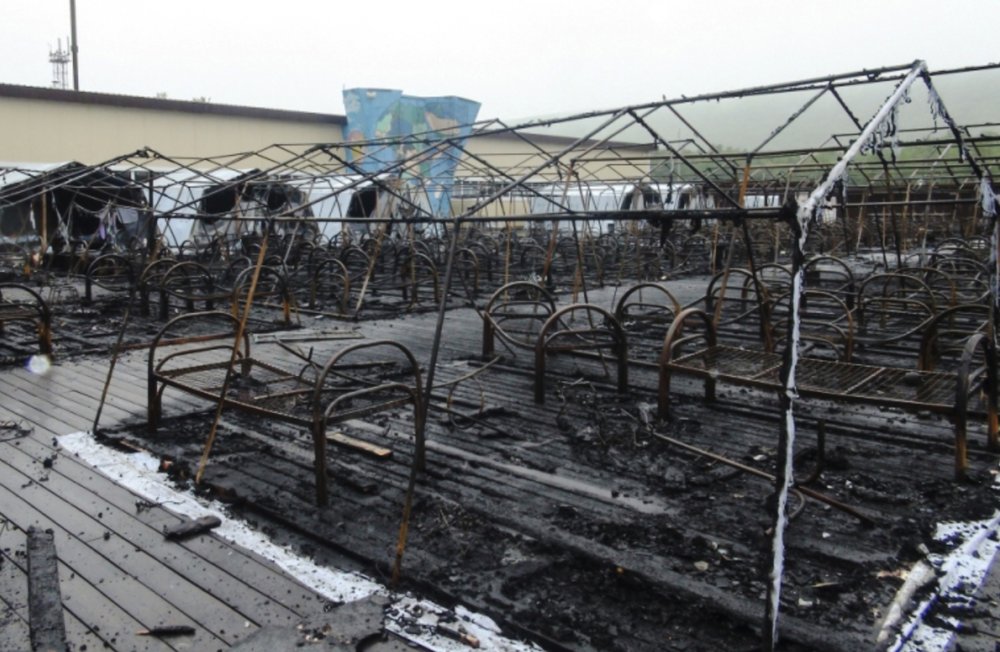 In this photo provided by Russian Emergency Situations Ministry for the Khabarovsk Region Press Service, a tent camp is seen after a fire near Solnechny village, Khabarovsk Region, Russia, Thursday, June 27, 2019. (Photo: AP)

Russian authorities say four children have died in a fire at a tent camp in the country’s Far East.

The cause of the fire that broke out in the camp early Tuesday has not been determined. Russian media reported that the tents, located in a ski area in the Khabarovsk region about 6,000 kilometers (3.700 miles) east of Moscow, housed 189 people at the time of the fire and another 61 were inside buildings at the site.

The camp’s owner and director were detained and the Russian Investigative Committee opened a criminal case that could result in negligence charges, committee spokeswoman Svetlana Petrenko said.

Russian news agencies quoted the regional governor’s spokeswoman, Nadezhda Tomchenko, as saying one child died at the scene and three more in a hospital.

The children were ages 11-13, with one set to observe her 11th birthday on Tuesday, the news reports said.

Regional governor Sergei Furgal said official permission to open such a camp had not been given and “nobody knew there was a tent camp.”

Furgal’s statement was harshly criticized by Russian Prime Minister Dmitry Medvedev, saying it showed officials were not fulfilling their duties.