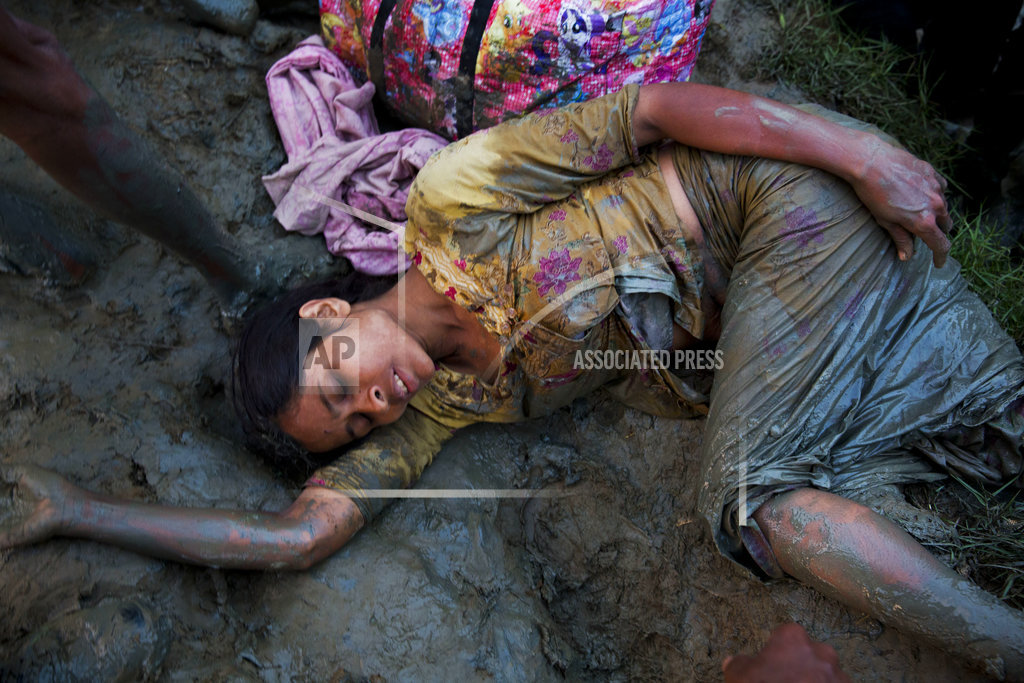 An exhausted Rohingya lies on the muddy ground after crossing over from the Myanmar border into Bangladesh, Wednesday, Nov. 1 2017. Photo: AP

It's a scene that has played out over and over again with heartbreaking regularity as hundreds of thousands of Rohingya Muslims have fled persecution in Myanmar and escaped to neighboring Bangladesh: terrified knots of men, women and children crossing the swollen Naf river and waiting along the border for permission to cross.

On Wednesday at least 2,000 exhausted and starving people waited in rice paddy fields at one border crossing for Bangladesh border guards to let them enter. Evening fell, with no permission granted.

So they waited, crouched in the muddy fields. The children carried even younger siblings. The elderly were helped along by relatives.

All of them were hungry and exhausted as they waited. Some collapsed. Others wept as they clung to their children.

The exodus of Rohingya Muslims started Aug. 25 when a group of insurgents attacked dozens of police posts in Myanmar.

The retribution from Myanmar's authorities was swift and brutal.

Since then, hundreds of Rohingya villages in Rakhine state have been set on fire. Fleeing Rohingya have told stories of arson and rape and shootings by Myanmar soldiers and Buddhist mobs.

The violence, which the U.N. describes as ethnic cleansing, has pushed more than 600,000 Rohingya into Bangladesh.