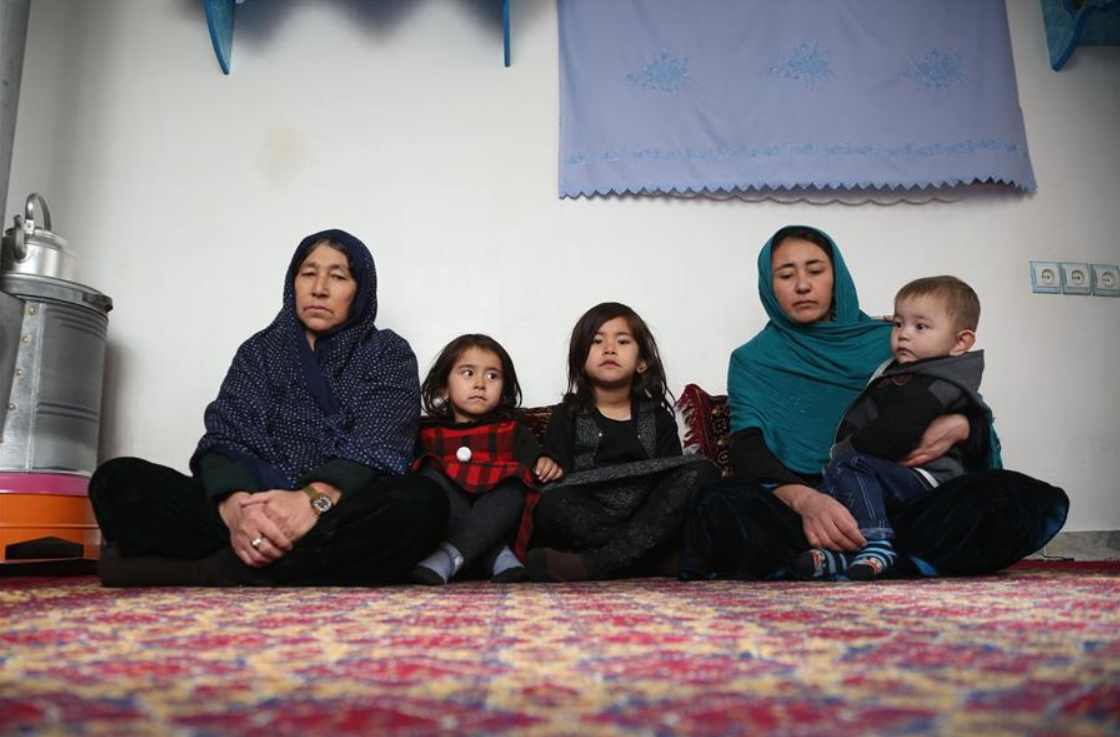 The family of Fatima is seen at home in Kabul, capital of Afghanistan, Dec. 29, 2018. Fatima and her three children have been caught in unbearable pains after her young husband was killed in a terror attack here in November. (Photo: Xinhua)

KABUL, Dec. 31 (Xinhua) -- Fatima and her three children have been caught in unbearable pains after her young husband was killed in a terror attack here in November.

"We had lived a good life for 10 years before my husband died. Now we are facing harsh conditions and huge pains," the weeping Fatima, 28, who goes like many Afghans by one name, told Xinhua.

Ten years ago, she married Ismael Bashardost, an educated young man, when she was 18.

She has two daughters and one son. The elder daughter is a student of third grade at a private school and the younger girl will be enrolled in the upcoming spring.

Fatima's husband joined hundreds of people who took to streets to protest against war and conflict in Jaghoori and Malistan districts of eastern Ghazni province, where the Taliban militants attacked government forces' checkpoints, killing and injuring people, most of whom were civilians.

Nearly 3,000 families fled Ghazni province, triggering anger from residents in capital Kabul, which led to the protests here on Nov. 12, which urged the government to take stronger anti-terrorist actions in Ghazni.

Bashardost was one of the bread earners of Afghan families who lost lives in endless terror attacks which have left families bereaved and in doldrums.

"My husband joined the protest against killing of villagers in Jaghoori and Malistan and then didn't return that dark day," she said.

Fatima and her three children, who are living in her in-laws house, lost their hopes after losing their family supporter.

Anti-government militants, the Taliban and the Islamic State (IS) in particular, have intensified activities mostly in bloody suicide bombings since the beginning of 2018, which often claim lives of civilians in Afghanistan.

Shortly after the government promised to protesters that it would hit back at militants and improve security in the two districts, a suicide bomber blew himself up in Malik Asghar Square, an area close to the presidential palace.

Bashardost 's mother, Zahara, 50, sitting down at a corner, listening to what the wife of his slain son was describing, came near and with eyes in tears, murmuring that his son left home at lunchtime and his coffin was brought back home in the evening of that day.

"It was too hard to hear he was martyred in a suicide attack which happened during the rally. It is too hard for his poor children," she said.

Civilians in Afghanistan continue to bear the brunt of conflicts as more than 2,790 civilians were killed and over 5,250 others injured in the first nine months of the year 2018, according to figures released by the United Nations mission in the country.

Earlier in December, five terrorists attacked two government offices near a diplomatic district, killing over 40 people, including women and children.