Tesla cutting 9% of staff; layoffs not to affect Model 3 production

New York (AFP) - Electric carmaker Tesla Motors announced Tuesday it was cutting nine percent of its workforce to enhance profitability but said the move would not affect an ambitious production ramp-up of its Model 3 sedan. 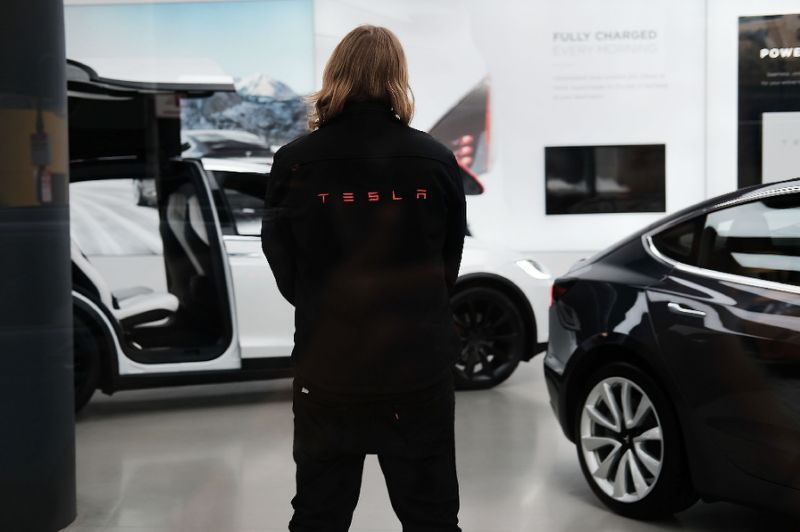 The job cuts are part of a company-wide restructuring to address excess staff in some areas due to the company's speedy growth, Tesla chief Elon Musk said in an email to employees.

The cuts concern salaried staff but not production workers and will not affect Model 3 output targets, said Musk, who characterized the downsizing as an acknowledgement of the need to focus more on costs.

"Given that Tesla has never made an annual profit in the almost 15 years since we have existed, profit is obviously not what motivates us," Musk said in the message.

"What drives us is our mission to accelerate the world's transition to sustainable, clean energy, but we will never achieve that mission unless we eventually demonstrate that we can be sustainably profitable," Musk added.

"That is a valid and fair criticism of Tesla’s history to date."

The layoff affects almost 4,000 workers, based on figures supplies by the company. Musk said last month that the company would conduct a "sort of reorganization" but did not discuss specifics.

Musk said Tuesday the company would continue to hire for critical roles and that finding additional production staff remained a priority.

Musk said on Twitter that the decision to cut jobs was "difficult but necessary."

The Tesla chief has at times clashed with Wall Street analysts over an aggressive cash burn rate that has fed skepticism over whether the company can reach its goals after the company earlier missed several key benchmarks for the Model 3.

Just six weeks ago, Musk was in the doghouse with many Wall Street analysts after he abruptly cut off an earnings conference call because of "dry" and "bonehead" questions that dug into capital spending details.

But others on Wall Street and beyond view the charismatic Tesla chief as a visionary, sometimes comparing him to Apple co-founder Steve Jobs and others who have also disrupted industries.

The company's stock is up about 15 percent since June 5, when Musk signaled that the company would likely meet a goal of producing 5,000 Model 3 sedans by the end of June.

Founded in 2003 by a group of engineers drawn to electric cars, Tesla went public in 2010 and began delivering the Model S sedan in 2012.

However, the company's first two major vehicles both sell for around $75,000 or more, whereas the Model 3 starts at $35,000 and had been billed as the first electric car aimed at the middle market.

Since that time, General Motors has also launched a model for this market, the Chevrolet Bolt.

GM chief Mary Barra announced Tuesday that the company planned to boost production of the Bolt to meet demand and reiterated plans to launch more than 20 new electric vehicles worldwide by 2023.