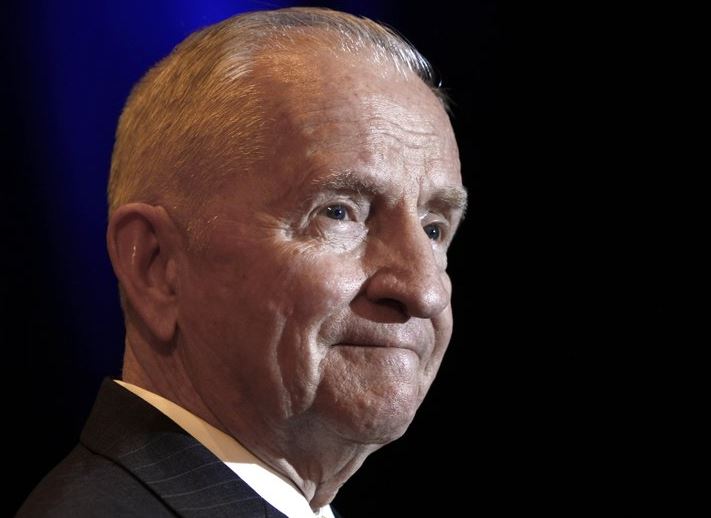 H. Ross Perot, the colorful, self-made Texas billionaire who rose from a childhood of Depression-era poverty and twice ran for president as a third-party candidate, has died. He was 89.

The cause of death was leukemia, a family spokesman said Tuesday.

Perot, whose 19% of the vote in 1992 stands among the best showings by an independent candidate in the past century, died early Tuesday at his home in Dallas surrounded by his devoted family, family spokesman James Fuller said.

As a boy in Texarkana, Texas, Perot delivered newspapers from the back of a pony. He earned his billions in a more modern way, however. After attending the US Naval Academy and becoming a salesman for IBM, he went his own way — creating and building Electronic Data Systems Corp., which helped other companies manage their computer networks.

Yet the most famous event in his business career didn’t involve sales and earnings; he financed a private commando raid in 1979 to free two EDS employees who were being held in a prison in Iran. The tale was turned into a book and a movie.

“I always thought of him as stepping out of a Norman Rockwell painting and living the American dream,” said Tom Luce, who was a young lawyer when Perot hired him to handle his business and personal legal work. “A newspaper boy, a midshipman, shaking Dwight Eisenhower’s hand at his graduation, and he really built the computer-services industry at EDS.”

“He had the vision and the tenacity to make it happen,” Luce said. “He was a great communicator. He never employed a speechwriter — he wrote all his own speeches. He was a great storyteller.”

Perot first became known to Americans outside of business circles by claiming that the US government left behind hundreds of American soldiers who were missing or imprisoned at the end of the Vietnam War. Perot fanned the issue at home and discussed it privately with Vietnamese officials in the 1980s, angering the Reagan administration, which was formally negotiating with Vietnam’s government.

Perot’s wealth, fame and confident prescription for the nation’s economic ills propelled his 1992 campaign against President George H.W. Bush and Democratic challenger Bill Clinton. Some Republicans blamed him for Bush’s loss to Clinton as Perot garnered the largest percentage of votes for a third-party candidate since former President Theodore Roosevelt’s 1912 bid.