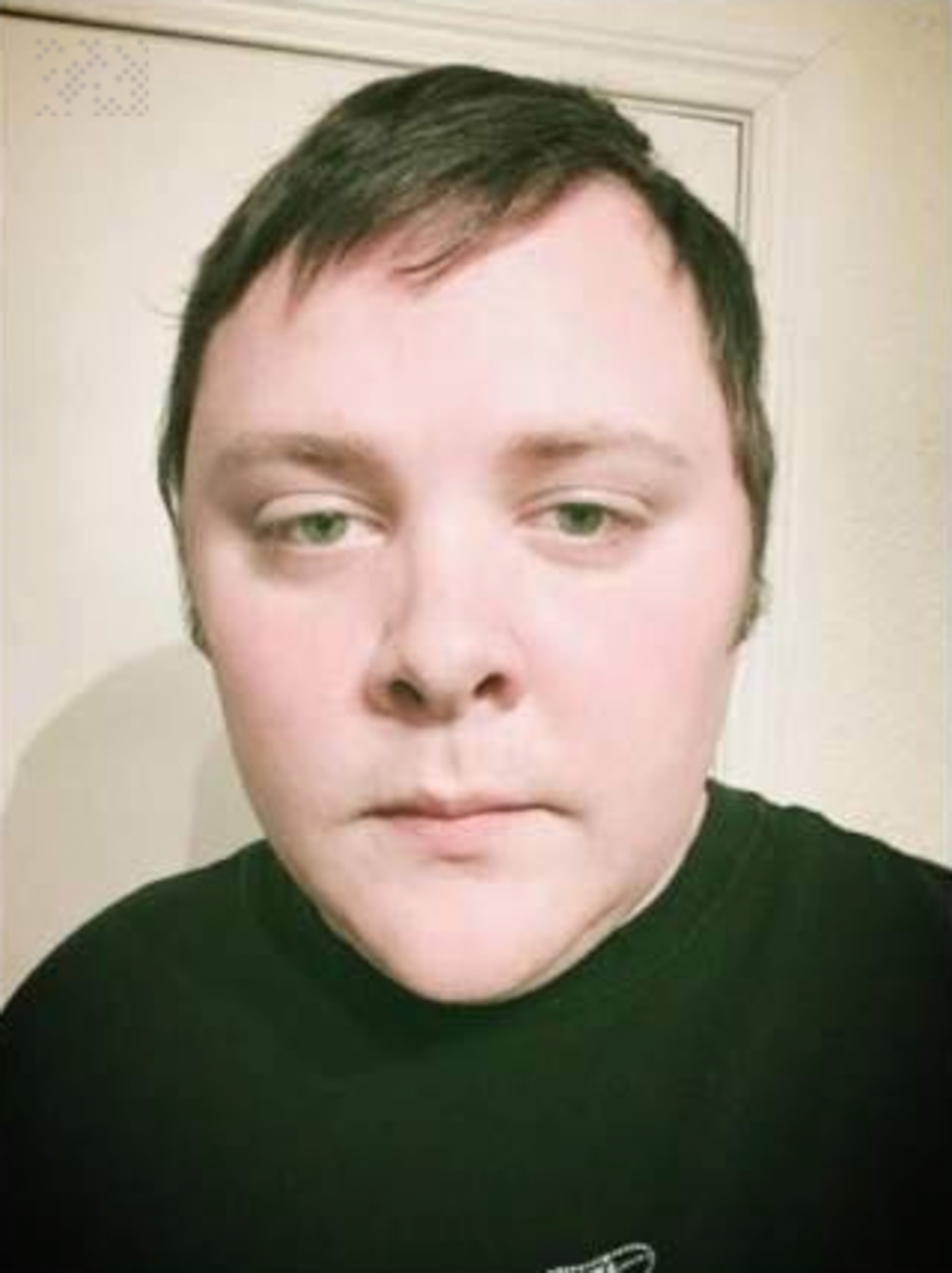 The shooting suspect has been identified as 26-year-old Devin Patrick Kelley.（Photo:VCG）

The gunman who killed 26 people at a small-town Texas church had a history of domestic violence and sent threatening text messages to his mother-in-law, a member of First Baptist, before the attack in which he fired at least 450 rounds at helpless worshippers, authorities said Monday.

A day after the deadliest mass shooting in state history, the military acknowledged that it did not submit the shooter's criminal history to the FBI, as required by the Pentagon. If his past offenses had been properly shared, they would have prevented him from buying a gun.

Investigators also revealed that sheriff's deputies had responded to a domestic violence call in 2014 at Devin Patrick Kelley's home involving a girlfriend who became his second wife. Later that year, he was formally ousted from the Air Force for a 2012 assault on his ex-wife in which he choked her and struck her son hard enough to fracture his skull.

In the tiny town of Sutherland Springs, population 400, grieving townspeople were reeling from their losses. The dead ranged from 18 months to 77 years old and included multiple members of some families.

"Our church was not comprised of members or parishioners. We were a very close family," said the pastor's wife Sherri Pomeroy, who, like her husband, was out of town when the attack happened. "Now most of our church family is gone."

The couple's 14-year-old daughter, Annabelle Pomeroy, was among those killed.

Kelley's mother-in-law sometimes attended services there, but the sheriff said she was not at church on Sunday.

The massacre appeared to stem from a domestic situation and was not racially or religiously motivated, Texas Department of Public Safety Regional Director Freeman Martin said. He did not elaborate.

Based on evidence at the scene, investigators believe Kelley died of a self-inflicted gunshot wound after he was chased by bystanders, one of whom was armed, and crashed his car.

The 26-year-old shooter also used his cellphone to tell his father he had been shot and did not think he would survive, authorities said.

While in the military, Kelley served in logistics readiness at Holloman Air Force Base in New Mexico from 2010 until his 2014 discharge, Air Force spokeswoman Ann Stefanek said.

He was discharged for the assault involving his previous wife and her child and had served a year of confinement after a court-martial. Under Pentagon rules, information about convictions of military personnel for crimes such as assault should be submitted to the FBI's Criminal Justice Investigation Services Division.

Air Force spokeswoman Ann Stefanek said the service is launching a review of its handling of the case and taking a comprehensive look at its databases to ensure other cases have been reported correctly.

A few months before he received the bad-conduct discharge, sheriff's deputies went to his home to check out the domestic violence complaint involving him and his then-girlfriend. People in the house said there was no problem, and no arrests were made. Kelley married the girlfriend two months later.

Also in 2014, he was charged with misdemeanor animal cruelty in Colorado after a neighbor reported him for beating a dog. Kelley initially refused to speak with officers about the incident. He denied abusing the animal but complied with an order to pay almost $370 in restitution. He was also the focus of a protective order issued in Colorado in 2015.

Once the shooting started, there was probably "no way" for congregants to escape, Wilson County Sheriff Joe D. Tackitt Jr. said.

The gunman, dressed in black tactical gear, fired an assault rifle as he walked down the center aisle during worship services. He turned around and continued shooting on his way out of the building, Tackitt said.

About 20 other people were wounded. Ten of them were still hospitalized Monday in critical condition.

Investigators collected hundreds of shell casings from the scene, along with at least 15 empty magazines that held 30 rounds each.

Kelley lived in New Braunfels, about 35 miles (56 kilometers) north of the church, authorities said. Investigators were reviewing social media posts he made in the days before the attack, including one that appeared to show an AR-15 semi-automatic weapon.

Less than two months ago, Kelley had started a job as an unarmed security guard at a nearby resort.

He "seemed like a nice guy" and did not cause any problems, said Claudia Varjabedian, manager at the Summit Vacation Resort in New Braunfels.

On Sunday, the attacker pulled into a gas station across from the church, about 30 miles (48.28 kilometers) southeast of San Antonio. He crossed the street and started firing the rifle at the church, then continued firing after entering the white wood-frame building, Martin said.

As he left, the shooter was confronted by an armed resident who had grabbed his own rifle and exchanged fire with Kelley.

The armed man who confronted Kelley had help from another local resident, Johnnie Langendorff, who said he was driving past the church as the shooting happened. The armed man asked to get in Langendorff's truck, and the pair followed as the gunman drove away.

"He jumped in my truck and said, 'He just shot up the church. We need to go get him.' And I said 'Let's go,'" Langendorff said.

The pursuit reached speeds up to 90 (144 kph) mph. The gunman eventually lost control of his vehicle and crashed. The armed man walked up to the vehicle with his gun drawn, and the attacker did not move. Police arrived about five minutes later, Langendorff said.

The assailant was dead in his vehicle. He had three gunshot wounds — two from where the armed man hit him in the leg and the torso and the third self-inflicted wound to the head, authorities said.

"There was no thinking about it. There was just doing. That was the key to all this. Act now. Ask questions later," Langendorff said.

Church member Nick Uhlig, 34, who was not at Sunday's service, told the AP that his pregnant cousin and her in-laws were among those killed. He later told the Houston Chronicle that three of his cousin's children were also slain.

Three weapons were recovered. A Ruger AR-556 rifle was found at the church, and two handguns were found in the gunman's vehicle, according to the Bureau of Alcohol, Tobacco, Firearms and Explosives.

The church has posted videos of its Sunday services on a YouTube channel, and authorities said they were reviewing footage recorded inside the church.

In a video of its Oct. 8 service, a congregant pointed to the Oct. 1 Las Vegas shooting a week earlier as evidence of the "wicked nature" of man. That shooting left 58 dead and more than 500 injured.

The previous deadliest mass shooting in Texas had been a 1991 attack in Killeen, when a mentally disturbed man crashed his pickup truck through a restaurant window at lunchtime and started shooting people, killing 23 and injuring more than 20 others.