By MAY ZHOU in Houston, Texas | chinadaily.com.cn 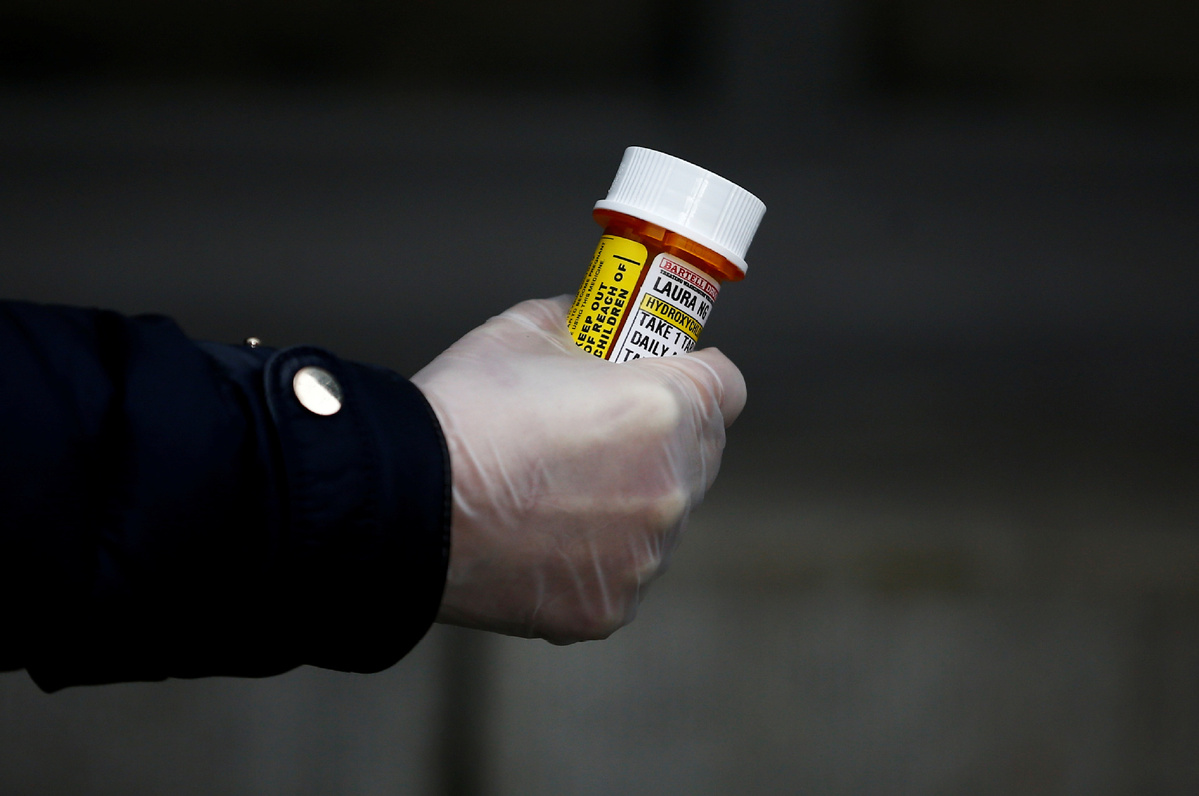 A hand holding a bottle of hydroxychloroquine is photographed in Seattle, Washington, March 31, 2020. [Photo/Agencies]

At a Texas nursing home south of Houston that has one of the largest novel coronavirus outbreaks in the state, 30 residents who have tested positive for COVID-19 have been prescribed , an anti-malaria drug also used to treat lupus and rheumatoid arthritis, which is now at the center of a medical controversy.

More than 80 residents and employees at The Resort at Texas City, a nursing home in Galveston County, have tested positive for the virus, with more test results pending, according to the Texas Tribune.

There has been anecdotal evidence that hydroxychloroquine might help treat COVID-19 patients, and the US Food and Drug Administration (FDA) has approved it for emergency use.

US President Donald Trump has repeatedly promoted the drug as a possible treatment despite some medical experts' caution about its alleged efficacy and side effects. On March 21, Trump tweeted that the drug has "a real chance to be one of the biggest game changers in the history of medicine".

According to the Tribune, Dr Robin Armstrong, the nursing home's medical director, decided to try hydroxychloroquine on the coronavirus patients despite the ongoing debate.

Armstrong acknowledged that there hasn't been rigorous clinical testing of the drug for use with COVID-19 patients, but said he is familiar with its risks and benefits. Because the virus' mortality rate is higher for the elderly, the doctor said he wanted to try something proactive to help vulnerable patients.

The trial treatment is for five days and began Saturday. Texas Governor Greg Abbott endorsed the trial and said at a Monday briefing, "We look forward to updating you as the week progresses about how this drug is aiding — or not — these patients."

At a White House news briefing Sunday, Trump touted hydroxychloroquine's potential and said the federal government has stockpiled 29 million doses. "It's worked unbelievably, it's a powerful drug on malaria. And there are signs that it works on (the coronavirus), some very strong signs," he said.

Since the outbreak, we tried lots of potential candidates, maybe all kinds of the antivirals ... but unfortunately the evidence for the clinical efficacy was not significant, Zhang Wenhong, head of Shanghai's Covid-19 clinical expert team, said at virtual meeting of Asia Society on COVID-19 on Tuesday evening.

"Everybody knows that our colleagues in France published a paper for the hydroxychloroquine, .. we know that the data from France is not so significant. We got the data (of the drug) in China, and we think the efficacy is also not significant," Zhang said.

"So, up to now, we cannot recommend any antiviral with very strong evidence for the patient. It is the most important if we can give the patient sufficient and timely respiratory support."

When Dr Anthony Fauci, director of the National Institute of Allergy and Infectious Diseases, was asked by a reporter at the Sunday briefing about the drug's effectiveness in treating COVID-19, Trump interrupted Fauci before he could speak. "Do you know how many times he's answered that question?" Trump cut in. "Maybe 15."

Earlier that day, Fauci spoke about the drug in a televised interview: "As I've said many times … the data are really just at best suggestive. There have been cases that show there may be an effect, and there are others to show there's no effect, so I think, in terms of science, I don't think we can definitely say it works."

Against the opinion of many public health experts, the White House has agreed to increase the supply of hydroxychloroquine to coronavirus hot zones.

On March 20, the Texas Pharmacy Board issued guidance to pharmacists that they should only dispense the drug, as well as other anti-malaria medications, to COVID-19 patients with a "written diagnosis from the prescriber consistent with the evidence for its use".

The guidance also limits new prescriptions to no more than a 14-day supply and requires a new prescription for refills to "prevent the stockpiling of the drugs and to ensure that reasonable quantities are available for all patients that require therapy with the drugs, including patients with a COVID-19 diagnosis".

New York Governor Andrew Cuomo also has embraced the treatment. "There has been anecdotal evidence that it is promising. That's why we're going ahead," Cuomo said.

The promotion of hydroxychloroquine has prompted many to stockpile so much of the drug that some patients who routinely rely on it are having difficulty getting their regular prescriptions refilled.