Texas Rep. Al Green has introduced articles of impeachment against President Donald Trump on Tuesday, potentially forcing a vote this week on whether to remove the president from office. 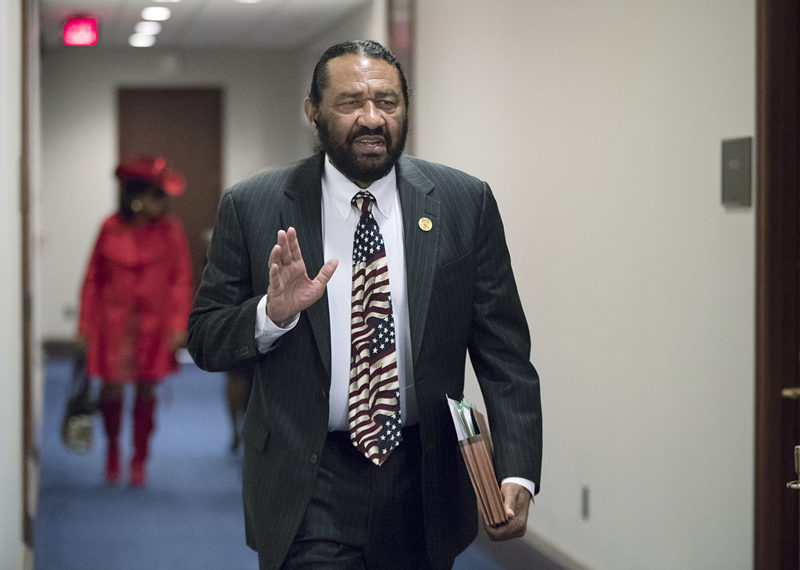 The vote would come too soon for most Democrats, as a majority of the caucus appears to oppose impeachment, for now. But Green is seeking to capitalize on a growing sentiment for impeachment in the wake of Trump's racist tweets over the weekend.

Green introduced the measure shortly after the House voted to condemn Trump for tweets that four Democratic congresswomen should "go back" to their home countries. All are Americans. Green said Tuesday that Trump is unfit for office and "enough is enough."

Any member of the House can force an impeachment vote. Green has done so twice before, unsuccessfully.