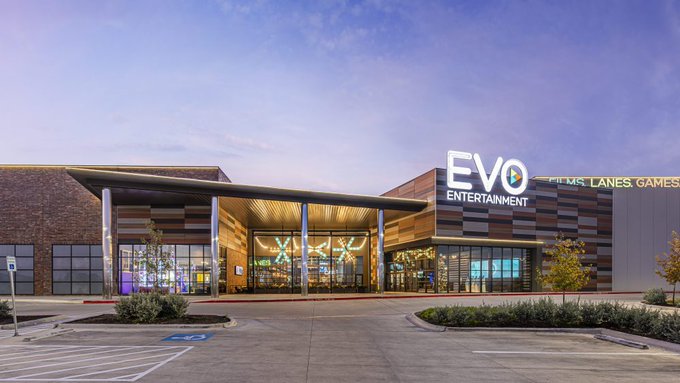 Texas began relaxing coronavirus lockdown measures on Friday despite reporting a single-day high in deaths, the largest and latest US state to ease restrictions without a clear drop in the number of confirmed virus cases.

Stores, restaurants, movie theaters, malls, museums and libraries were allowed to reopen in the Lone Star State but with limited occupancy -- just 25 percent of their capacity.

And Texas Governor Greg Abbott sounded a note of caution, tweeting that "Texans should continue to practice social distancing" and follow health guidelines.

"Face coverings are not mandatory, but encouraged to protect the lives of individuals at high-risk," Abbott said.

The Mexican restaurant Picos, in the heart of Houston, reopened to customers Friday morning.

Marketing manager Monica Richards described the restaurant's new normal: "We went ahead and put up plexiglas barriers around the bar, we have some at the hostess stand, all of our employees are going to be wearing masks, and gloves," she said.

Customer Jack Sweed, sitting at a table with a disposable tablecloth, cutlery and menu, said he was "happy" to support local business.

"I feel like the safety measures that have been put in place have been effective... it's time for us to open up our economy and get back to normal life," the oil and gas worker said.

More than 29,200 cases of coronavirus have been reported in Texas, according to state health authorities, and there have been 816 deaths.

Fifty COVID-19 deaths were reported in the state on Thursday, the most since the outbreak began in early March, and 1,000 new cases were recorded, the largest single-day number since April 10.

Federal guidelines call for the number of cases to fall for 14 straight days before relaxing lockdown measures, but Texas and several other US states have forged ahead with reopening regardless.

President Donald Trump, with the election just six months away and the economy in a shambles, has sent mixed messages about the reopening of the country.

He has promoted the guidelines -- while at the same time expressing support for protests in several states demanding a faster easing of stay-at-home orders.

Trump weighed in Friday on protests the previous day in Lansing, Michigan, where demonstrators, some of whom were armed, stormed the state legislature to demand the Democratic governor lift lockdown orders.

The president tweeted that Governor Gretchen Whitmer should "give a little, and put out the fire."

"These are very good people, but they are angry," Trump said. "They want their lives back again, safely! See them, talk to them, make a deal."

"He encourages all states to follow the data-driven guidelines to reopening," McEnany said. "But ultimately, it's the decision of the states."

Protests were held in several other states on Friday including California, where Governor Gavin Newsom reversed an order allowing some beaches to open after they were packed last weekend.

While Newsom was re-closing beaches, New York Governor Andrew Cuomo announced that schools in New York state, the epicenter of the US outbreak, would stay closed for the rest of the academic year.

With more than one million confirmed cases, some 64,000 of them fatal, the United States has more reported infections and deaths than any country in the world.

The number of cases has been on the decline in some of the hardest-hit states such as New York and New Jersey.

But the daily count of new cases nationwide has been holding steady at nearly 30,000, and the US recorded more than 2,000 deaths on Thursday for the third day running, according to a tally by Johns Hopkins University.

"It looks like US-style lockdowns are enough to freeze transmission in place," said Jeremy Konyndyk of the Center for Global Development.

"But not enough to drive it down. Which suggests that without further measures, we could remain on this plateau for quite a while," said Konyndyk, a member of the World Health Organization's Independent Oversight and Advisory Committee.

Jim Isaac, 65, was among the few shoppers at the biggest mall in Texas, The Galleria in Houston, where just a few stores were open. The Macy's department store and H&M clothing outlet were closed.

Isaac said he felt safe. "We protect ourselves so I think that's gonna be fine," he said.

Diane Curtis, a receptionist accompanied by a toddler, was shopping for children's shoes and said she wasn't worried.

"Eventually it's like every other sickness that comes around," Curtis said. "It'll go away but it'll probably take time."