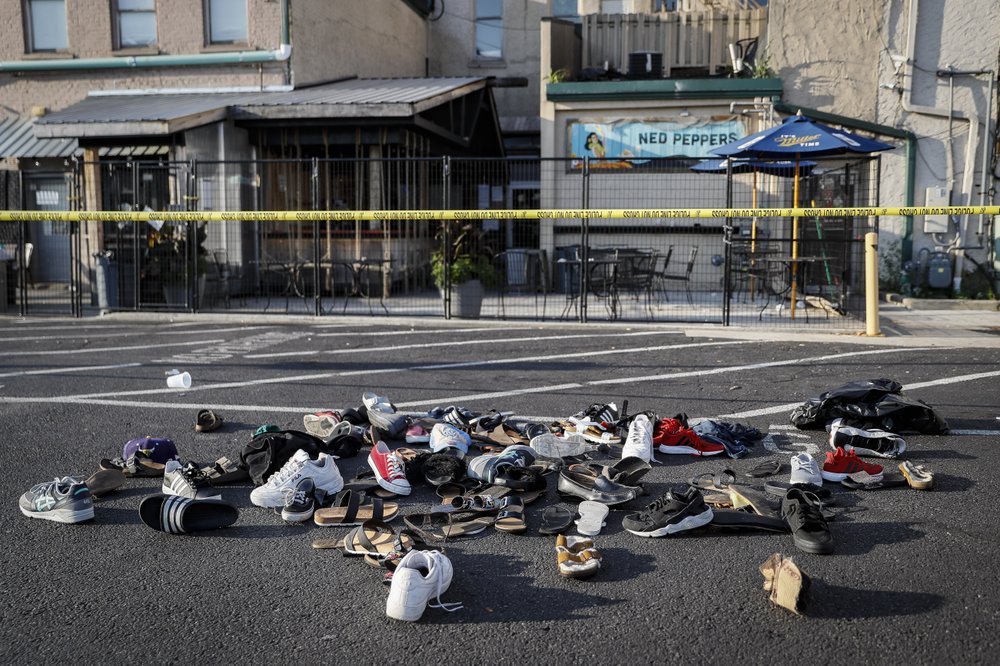 Shoes are piled outside the scene of a mass shooting including Ned Peppers bar, Sunday, Aug. 4. (Photo: AP)

NEW YORK, Aug. 4 (Xinhua) -- The US federal government is treating a mass shooting in the US state of Texas on Saturday, which killed at least 20, as a domestic terrorism case, a US attorney said Sunday.

"We're treating El Paso as a domestic terrorism case," John Bash, the US attorney for the Western District of Texas, said on Twitter.

"And we're going to do what we do to terrorists in this country -- deliver swift and certain justice," Bash added.

The attack in the border city of El Paso in Texas left 20 people dead and 26 wounded. A 21-year-old white male has been arrested.