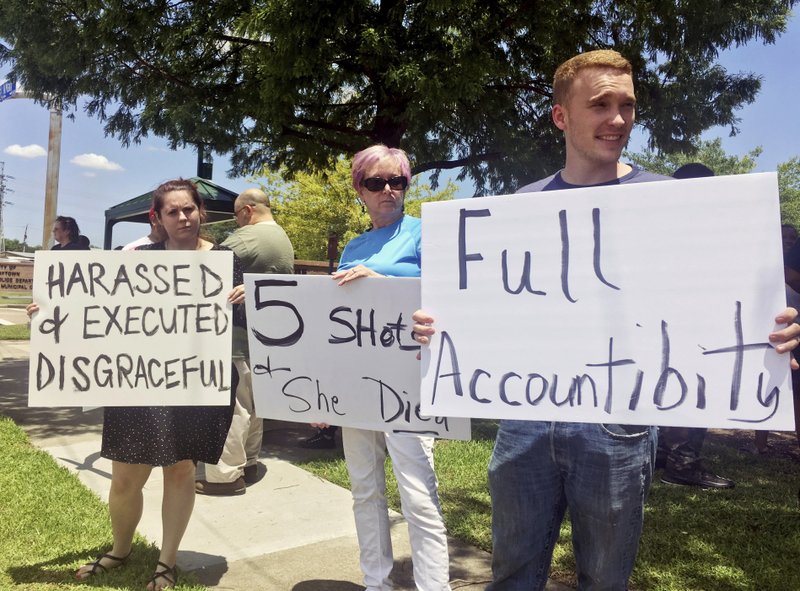 A Texas police officer shot and killed a woman who police say grabbed his Taser and used it on him, moments after she seemed to say “I’m pregnant” in an altercation captured on video.

Pamela Turner was shot around 10:40 p.m. Monday at an apartment complex in the Houston-area community of Baytown, police Lt. Steve Dorris said Tuesday. The department has learned that Turner was not pregnant, said Dorris, who declined to elaborate on how police know that. Autopsy results have not been released.

The lieutenant said the officer was patrolling the complex about 25 miles (40 kilometers) east of Houston and tried to arrest the 44-year-old African American woman because he knew she had outstanding warrants. The officer, who is Hispanic and an 11-year veteran of the department, had previous dealings with Turner, but Dorris did not provide further details about the interactions or Turner’s warrants.

The officer has been placed on paid administrative leave, Dorris said.

Turner and the officer engaged in a struggle after he sought to arrest her. The officer opened fire after Turner grabbed his Taser and struck him in the groin with it, shocking him, Dorris said.

In the video, which is circulating on social media, Turner is heard saying “You’re actually harassing me” and “I’m actually walking to my house” before falling to the ground. While on her back, she appears to struggle with the officer, saying “Why? Why?” and then “I’m pregnant.” Turner then appears to reach up towards the officer and, moments later, he fires five shots, killing her.

Dorris said Turner was pronounced dead at the scene.

Investigators are trying to contact whoever recorded the video, because the person was a witness to the shooting, the lieutenant said.

“It’s a tragic event for everybody involved,” Dorris said. “Of course, our hearts go out to the family of the deceased as well as our officer.”