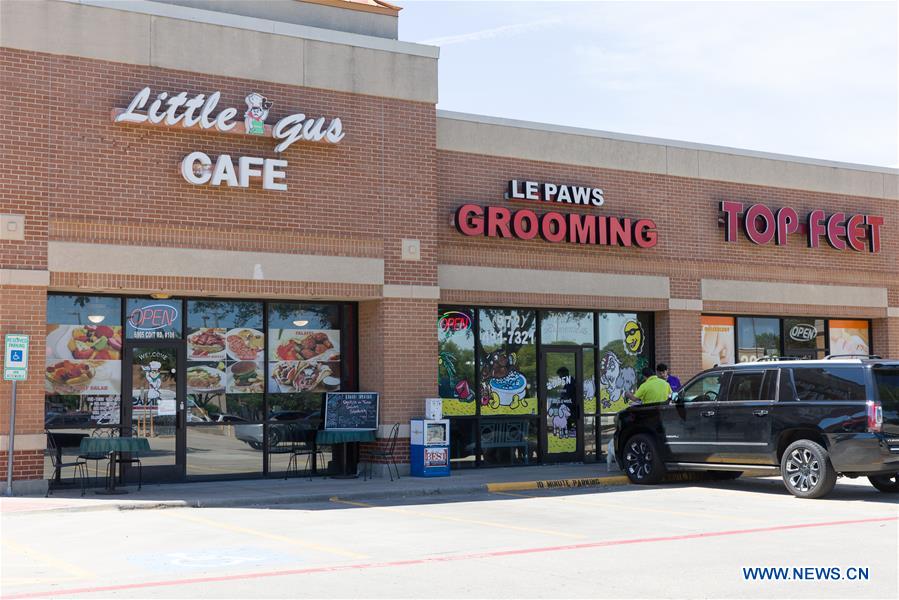 A cafe and a grooming store reopened in Plano, on the outskirts of Dallas, Texas, the United States, on May 1, 2020. (Photo: Xinhua)

Texas is starting widespread coronavirus testing in state prisons, where at least 30 people have died and inmates have tested positive at far higher rates than outside one of the nation’s largest prison systems.

The Texas Department of Criminal Justice announced Tuesday that tens of thousands of COVID-19 tests are on the way to the state’s prisons. More than 1,700 inmates have tested positive in Texas.

Agency spokesman Jeremy Desel says the tests are designed to be self-administered and a dozen “strike teams” are receiving training this week.

It’s the second announcement of widespread testing in Texas in as many days. On Monday, Republican Gov. Greg Abbott ordered coronavius testing for every nursing home resident and staff member in the state.