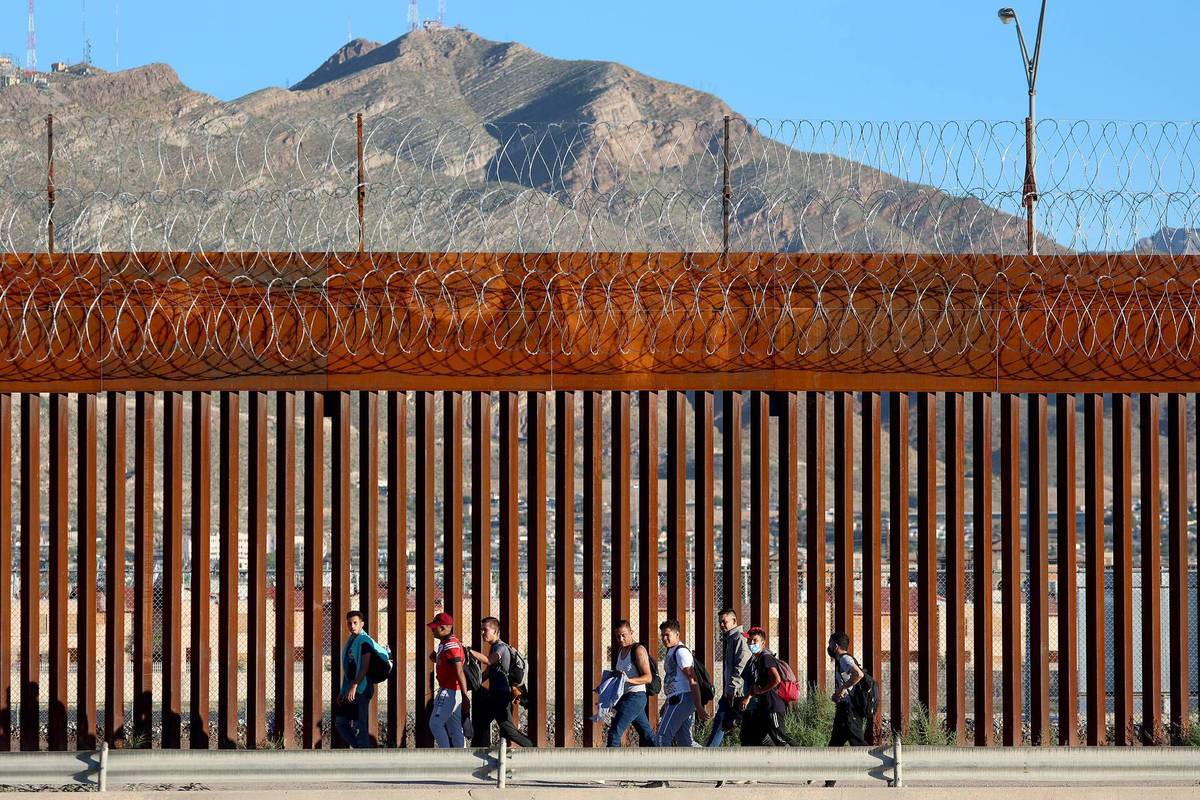 Venezuelan migrants walk along the US Border fence after crossing the Rio Grande from Mexico to turn themselves in to the US Border Patrol on September 22, 2022 in El Paso, Texas. (Photo: Agencies)

Texas officials have awarded two contracts on Thursday worth $307 million to build about 14 miles of border wall along the Texas-Mexico border.

The commission also voted to award Montana-based BFBC of Texas, LLC $140 million contract to build 6.95 miles of wall in the Rio Grande Valley.

Both sections have seen heavy traffic of migrant crossing and deaths.

Francoise Luca, a spokesperson for TFC – a state agency state-owned overseeing buildings – said in an email that the new sections of wall will be built on private land once the agency secures land-use agreements with the property owners, according to the Texas Tribune.

"The land-use agreements are on private land and remain in the negotiation stage," she said.

Border wall was a major policy issue for former president Donald Trump. About 80 miles of wall was constructed while he was in office; 21 miles of it in Texas.

When President Joe Biden came to office in Jan 2021, he haltered border wall construction and canceled some previously awarded contracts.

The wall panel was originally purchased by the federal government which offered to sell the stock of prefabricated border wall panels to the manufacturers after stopping border wall construction.

Gibraltar Fabrication chose to repurchase the panels from the federal government and then sold the panels to the State of Texas.

More than a year ago, Texas Governor Greg Abbott announced that Texas would use state money to resume border wall construction along the approximately 1,200-mile Texas-Mexico border. So far, the state has completed 1.7 miles of barrier on state-owned land in Starr County earlier this year, according to the TFC record.

The section was built as part of the $162 million contract that TFC awarded to New York-based Posillico Civil in September 2021 for about 8 miles of border wall.

Another smaller contract of 11 million was the first awarded contract in July last year under Abbott's border wall project.

"TFC continues its progress in acquiring the right of way of property through easement agreements. TFC continues to accomplish our mission directed by Governor Greg Abbott to construct the Border Wall," TFC said in a statement.

Building a wall isn't inexpensive. Each mile costs between $20 to $30 million to build under the Texas state contracts. But this is considerably less than what the federal government spent under the Trump administration. The average price tag was $60 million per mile of border wall, according to an analysis by the Tribune.