BANGKOK, Aug. 10 (Xinhua) -- The Thai Department of Disaster Prevention and Mitigation on Saturday warned that more flash floods and landslides would likely occur in nine provinces across four regions during the weekend, after days of heavy downpour. 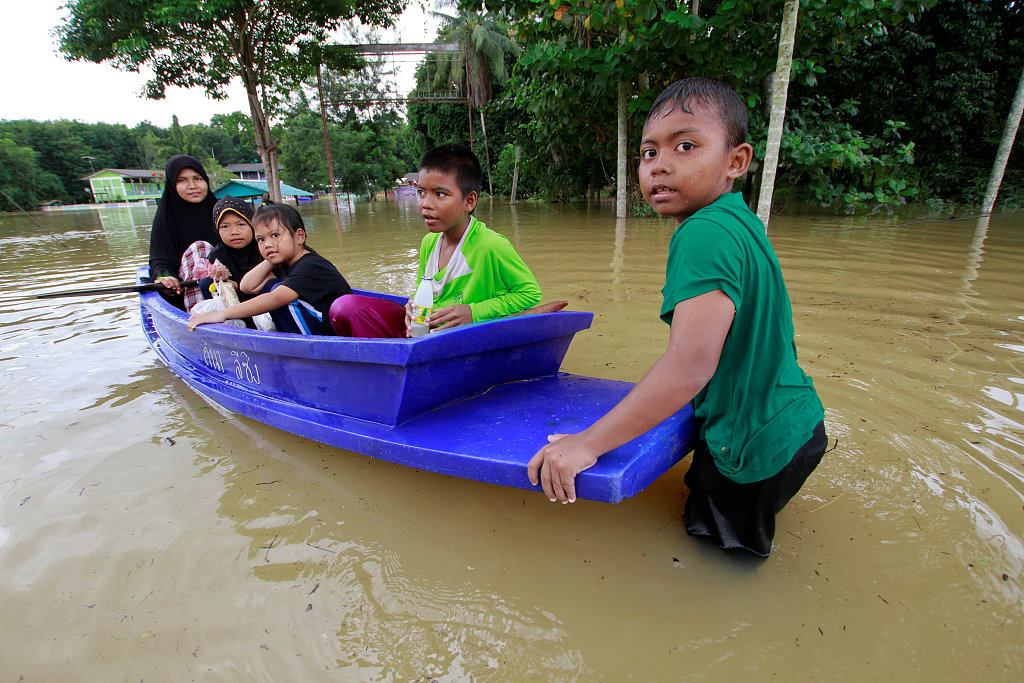 Chayapol Thitisak, director-general of the Department of Disaster Prevention and Mitigation, said it had rained heavily for the past two days in the North, East and South, causing water levels in rivers and canals to increase rapidly.

"We (the Department of Disaster Prevention and Mitigation) would like to warn residents living in these nine provinces of possible landslides, as heavy rains have caused soil erosion," said Chayapol, adding "continuous heavy rain may trigger flash floods and landslides in areas at risk in nine provinces between Aug. 10 and 11."

Chayapol said he had asked provincial disaster prevention and mitigation offices in the nine provinces - three in the North (Mae Hong Son, Nan, Tak), one in the West (Kanchanaburi), two in the East (Chanthaburi and Trat) and three in the South (Chumphon, Ranong and Phangnga) - to be on full alert during this period.

The department said that isolated torrential rain over the East and South were expected during the weekend as the southwest monsoon across the Andaman Sea and the Gulf of Thailand was intensifying.

The department said wind waves of 2-4 meters are expected in the upper Andaman Sea and of 2-3 meters in the upper Gulf of Thailand.

All ships are warned to proceed with caution, while small boats should remain ashore during this period.