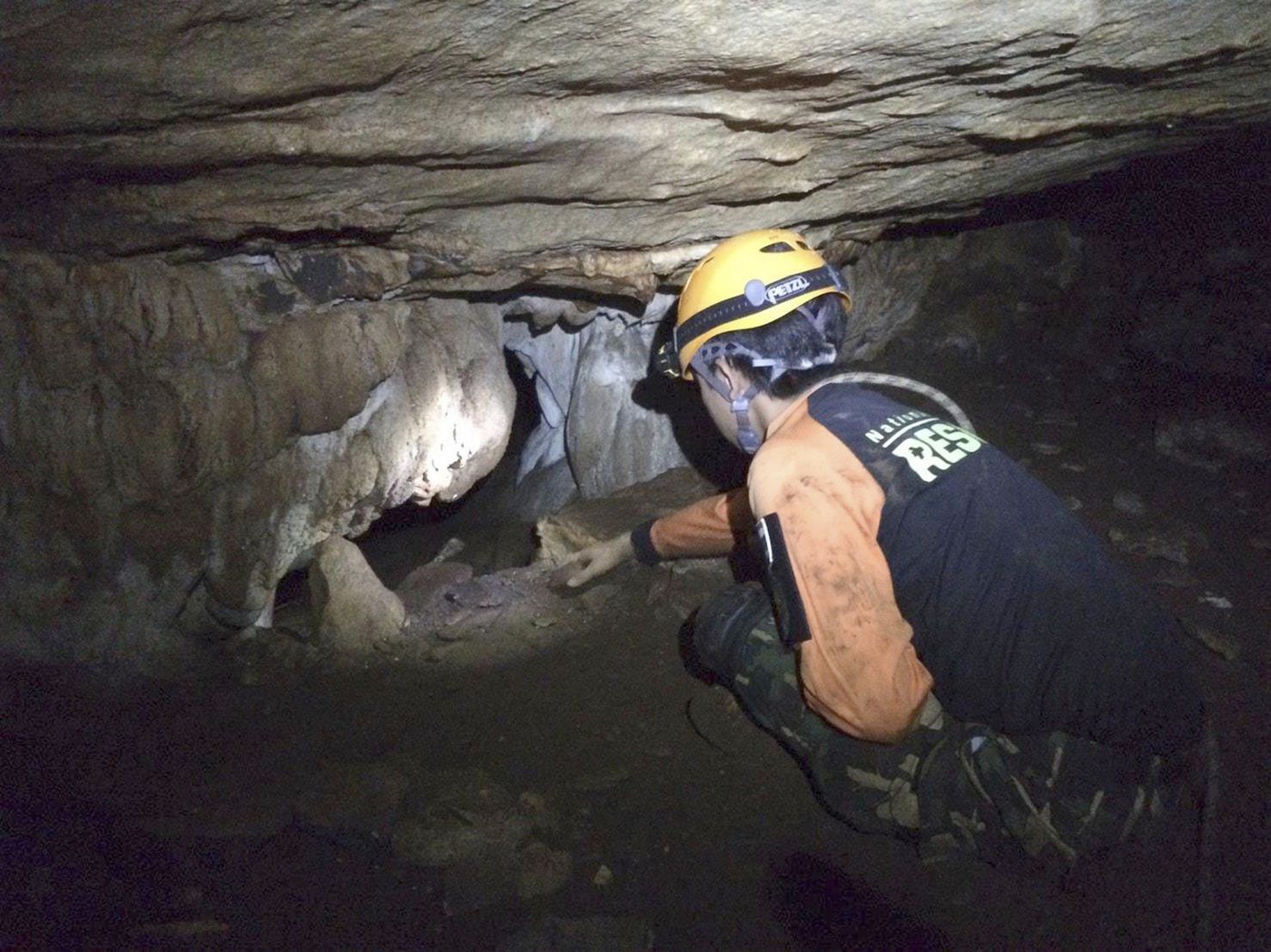 In this photo released by the Thailand Department of National Parks and Wildlife, Wednesday, June 27, 2018, rescue personnel search for alternate entrances to a cave where 12 boys of a soccer team and their coach went missing. (AP)

Twelve Thai boys and their assistant football coach spent their eighth night trapped in a flooded cave, as a round-the-clock search was aided by better weather on Sunday.

Rescue teams attempted to reach deeper into the chambers of Tham Luang cave in the hope of locating the children, aged 11 to 16, and the coach more than a week after they ventured in and were blocked by heavy rains.

Despite the tireless effort and international assistance, there has been no contact with the group since they were reported missing, and monsoon rains have complicated the rescue by blocking passageways.

But an ease in the rough seasonal weather near Thailand's borders with Myanmar and Laos has buoyed hopes that divers will be able to reach deeper into the recesses of Tham Luang's 10-kilometre-long (six-mile) passageway.

"The rain has stopped and rescue teams have found potential ways to reroute the waterway," diverting its flow so no more enters the cave, he said. "The families are feeling much better too."

The desperate search has been beset by downpours that submerged tunnels near the entrance, but Thai Navy SEAL divers reached a T-junction in the cave's depths on Saturday -- just two or three kilometres from where the boys are believed to be.

Some divers have put out a call for oxygen tank donations to help replenish their stock and make the operation more fluid.

"Because the diving distance is about two to three kilometres, we need divers to plant (oxygen tanks) sporadically to provide them with air to breathe from time to time until they reach the destination," diver Narinthorn Na Bangchang, who is assisting the effort, told AFP on Saturday.

Teams of foreign experts from Australia, England, Japan and China, including more than 30 US military personnel, have descended on the remote mountainous site to join some 1,000 Thai rescuers.

Outside the main entrance other searchers were trying to find a way into the cave through two separate chimneys, and rescue personnel conducted mock operations in case they should find the boys and need to rush them to hospital.

Large water pumps were also installed in a nearby village to drain water from the area.

Tham Luang is one one of Thailand's longest and toughest caves to navigate.

Officials said the boys know the site well and have visited many times before, buoying hopes that they may have found an airy passage to seek shelter in.

Rescuers found footprints and handprints in a chamber earlier in the week, further in from where they had found the kids' football boots, backpacks and bicycles.