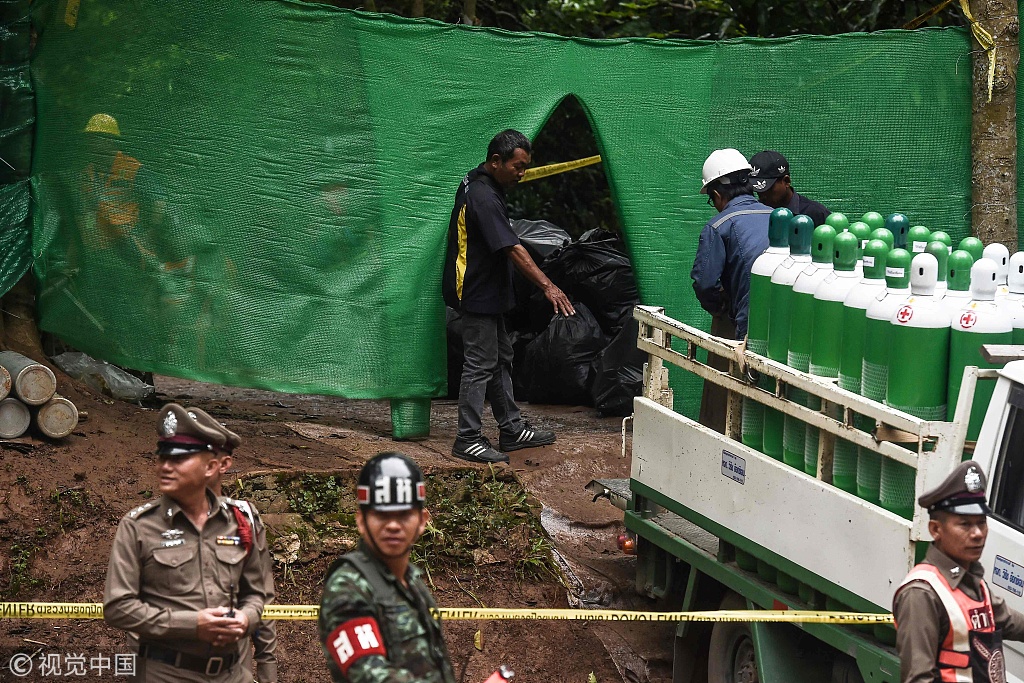 Rescue workers move air tanks at the Tham Luang cave area as operations continue for the 12 boys and their coach trapped at the cave in Khun Nam Nang Non Forest Park in the Mae Sai district of Chiang Rai province on July 8, 2018.  (Photo: VCG)

The "Wild Boars" team has been confined in a cramped chamber several kilometres (miles) inside the Tham Luang cave complex since June 23, when they went in after football practice and were hemmed in by monsoon floods.

Thai army commander Maj. Gen. Chalongchai Chaiyakam says the ongoing rescue of 12 boys and their coach could take 2-4 days depending on conditions inside the partially flooded cave.

The governor in charge of the operation says two divers will accompany each boy as they are gradually extracted. The operation began at 10 am local time and he said it would take at least 11 hours for the first person to be rescued.

Their plight has transfixed Thailand and the rest of the world, as authorities have struggled to devise a plan to extract the boys and their coach through twisting, narrow and jagged passageways that in some places are completely flooded.

"Today is the D-day. The boys are ready to face any challenges," rescue chief Narongsak Osottanakorn told reporters near the cave site as the threat loomed of monsoon rains causing more flooding in the cave and blocking off a rescue bid. 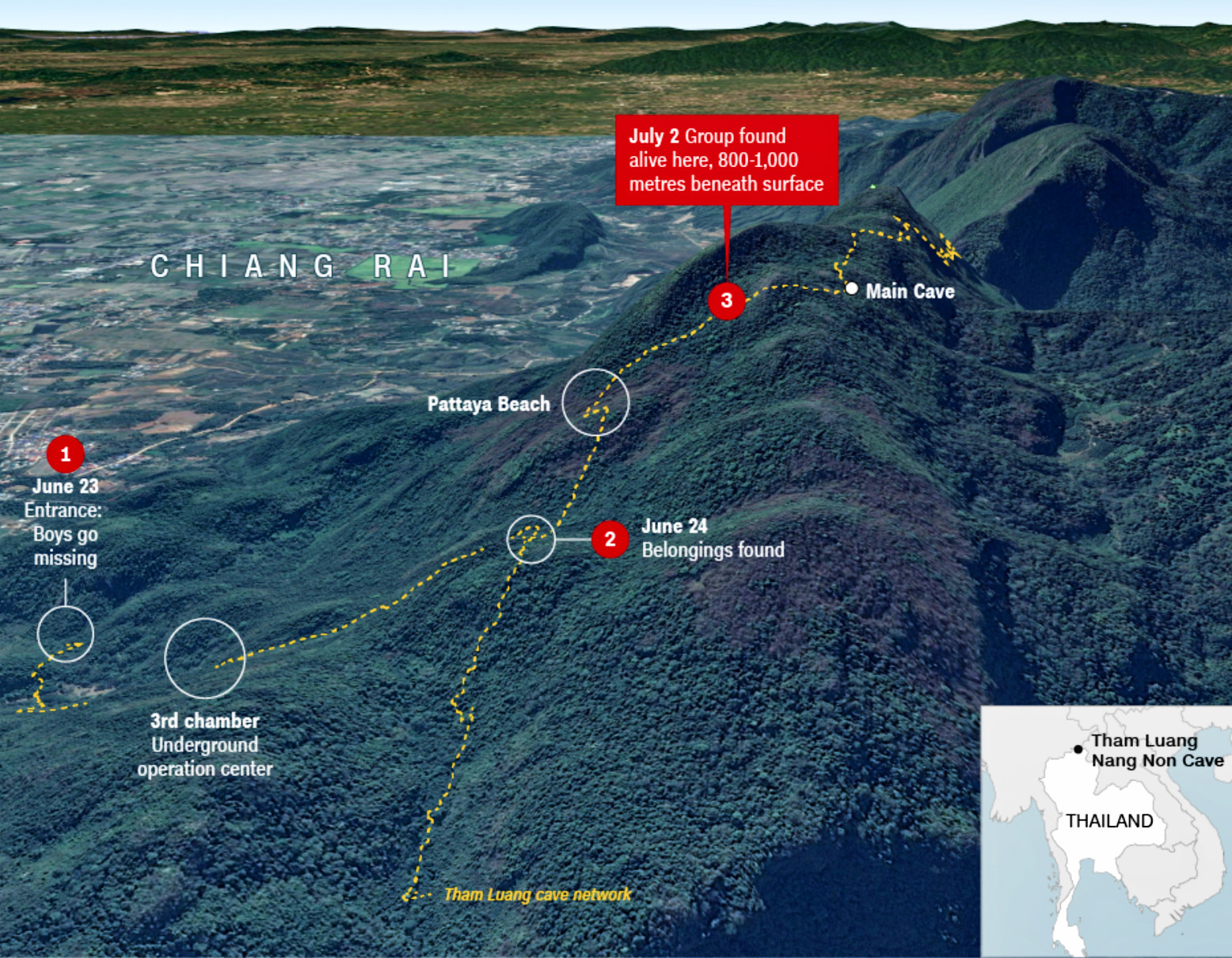 Narongsak said the first boy was expected to be brought out of the cave by around 9:00 pm (1400 GMT), meaning the trip would take around 11 hours.

Authorities had earlier Sunday told the more than 1,000 journalists who had converged near the cave site's entrance to clear the area in preparation for the rescue operation.

"Everyone who is not involved with the operations has to get out of the area immediately," police announced via loudspeaker.

The boys, aged from 11 to 16, and their 25-year-old coach were found by British cave diving specialists nine days after they ventured in, dishevelled and hungry, on a ledge several kilometres inside the cave.

But with some of them unable to swim and having no scuba experience, Narongsak had previously dubbed the rescue effort "Mission Impossible".

The death of a former Thai Navy Seal diver who ran out of oxygen in the cave on Friday underscored the danger of the journey even for adept professionals.

After a short deluge of rain on Saturday night and with more bad weather forecast later on Sunday, Narongsak said authorities had to act immediately.

"There is no other day that we are more ready than today," he said. "Otherwise we will lose the opportunity."

Sustained heavy rains could make the water rise to the shelf where the children were sitting, reducing the area to "less than 10 square meters", Narongsak had said on Saturday.

Initial euphoria over finding the boys alive quickly turned into deep anxiety as rescuers struggled to find a way to get them out.

Rescuers had fed a kilometres-long air pipe into the cave to restore oxygen levels in the chamber where the team was sheltering with medics and expert divers.

More than 100 exploratory holes had also been bored -- some shallow, but the longest 400 metres deep -- into the mountainside in an attempt to open a second evacuation route and avoid forcing the boys into a dangerous dive through submerged tunnels.

On Saturday, Thai Navy SEALS published touching notes scrawled by the trapped footballers to their families, who had been waiting for them agonisingly close by outside the cave entrance.

The boys urged relatives "not to worry" and asked for their favourite food once they were safely evacuated, in notes handed to divers.

In one, Pheerapat, nicknamed "Night", whose 16th birthday the group were celebrating in the cave when they became stuck on June 23, said: "I love you, Dad, Mum and my sister. You don't need to be worried about me."