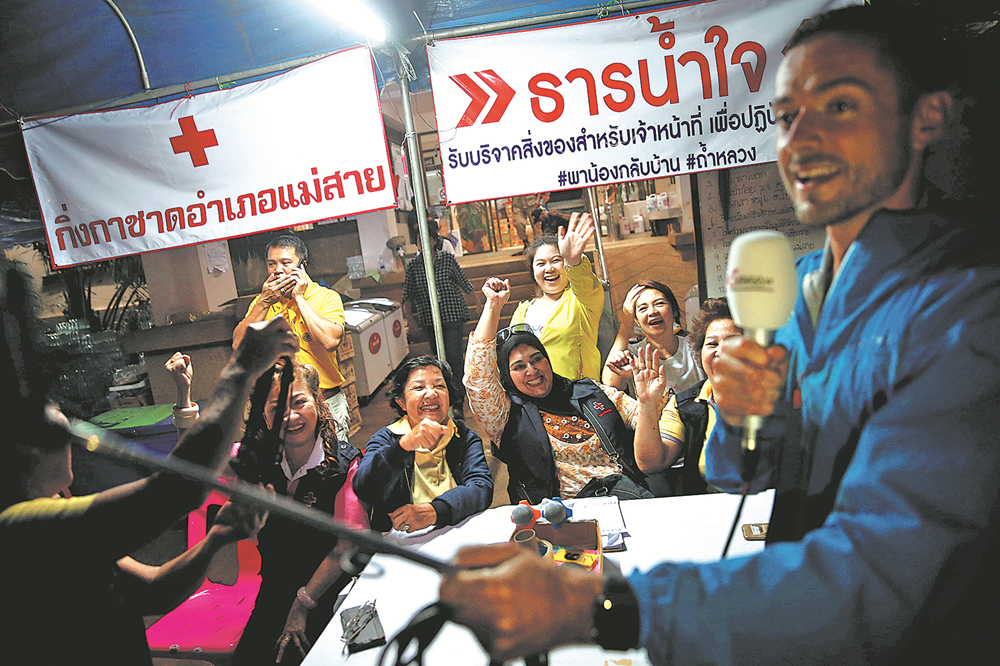 Twelve schoolboys and their soccer coach were safely rescued from a cave in Thailand after having been trapped for more than two weeks on Monday.

They went missing during an excursion on June 23 and were found by two British divers in a cavern in the flooded Tham Luang cave system in the northern province of Chiang Rai on July 2.

The rescue operation was run by the Thai Navy SEALs and featured cooperation from rescue divers based in other countries including China, Myanmar, Australia and the UK, according to a report by chinanews.com.

The successful rescue of 12 boys and their football coach captured the attention of the world. People from different industries paid homage to the rescue in different ways, including cartoons and a potential feature film. The cave itself will be turned into a museum to showcase the rescue. 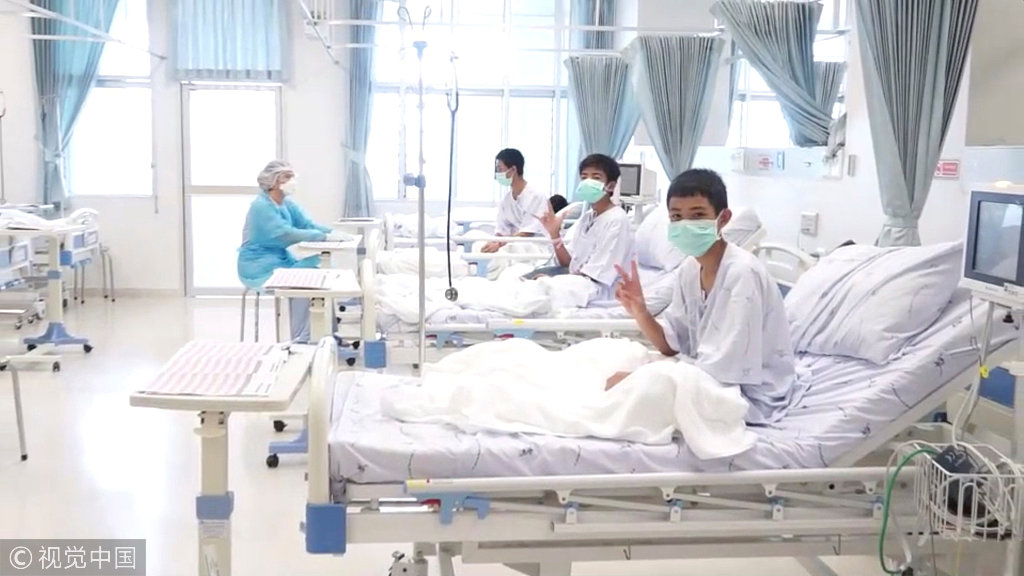 Boys rescued from the Thai cave wear masks and rest at a hospital in Mae Sai, Chiang Rai province, Northern Thailand, in a still image taken from a July 11, 2018 handout video.[Photo/VCG]

The cave: Museum and tourist destination

The Tham Luang cave will be turned into a museum to showcase the rescue, the head of the operation said on Wednesday according to a report by Reuters.

When asked the reason for the decision, Thai officials said the fate of the boys and the multinational rescue had put the cave firmly on the map, and plans were in place to develop it into a tourist destination.

"This area will become a living museum, to show how the operation unfolded," rescue mission head Narongsak Osottanakorn said at a news conference.

"An interactive data base will be set up," he said. "It will become another major attraction for Thailand." 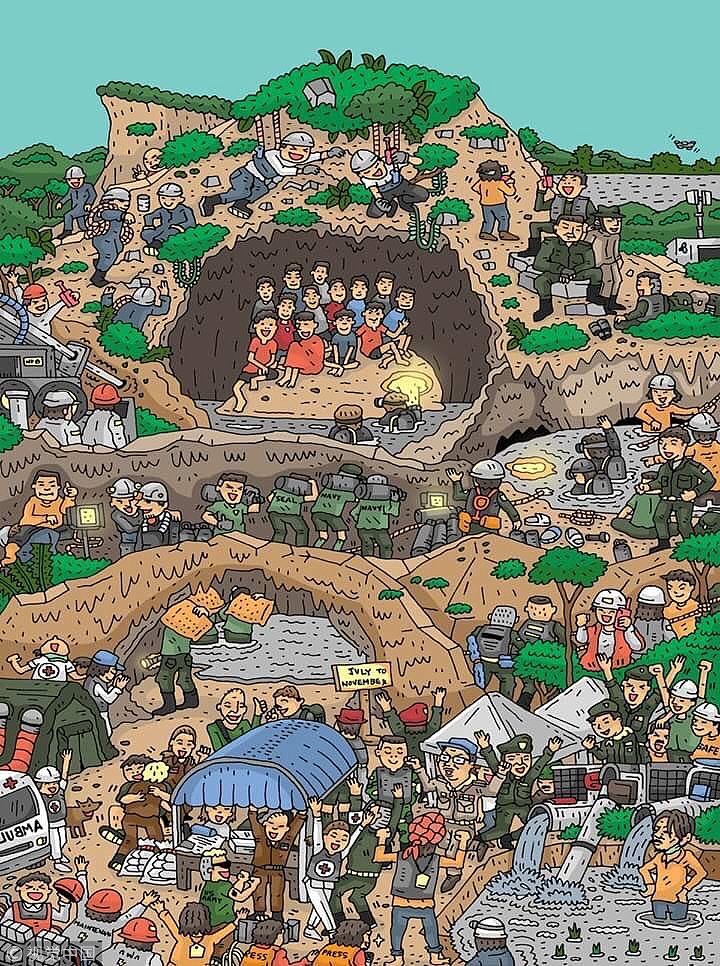 This cartoon, titled  The Chaos World and showing the rescue operation, was illustrated by King Nowhere for Hattrick Magazine. The artist shared it on Facebook, garnering over 20,000 reactions and 34,000 shares as of publishing time. [Photo/VCG]

The rescue: Producers plan a movie

The 18-day saga of the soccer team trapped in a flooded cave will be made into a movie by producers behind Christian films like "God's Not Dead", the Associated Press reported on Wednesday.

Michael Scott, Pure Flix Entertainment co-founder, believes the story of the 12 boys and their 25-year-old coach is ripe for adaptation.

"We realized this would make an incredibly inspiring movie," Scott said on Wednesday, speaking by phone from Thailand.

Scott and fellow producer Adam Smith have traveled to the area around the cave in northern Thailand and have begun talking to some participants for their "life story rights."

"For us it's not a huge race," Smith said. "It's about making sure we get the authenticity right." 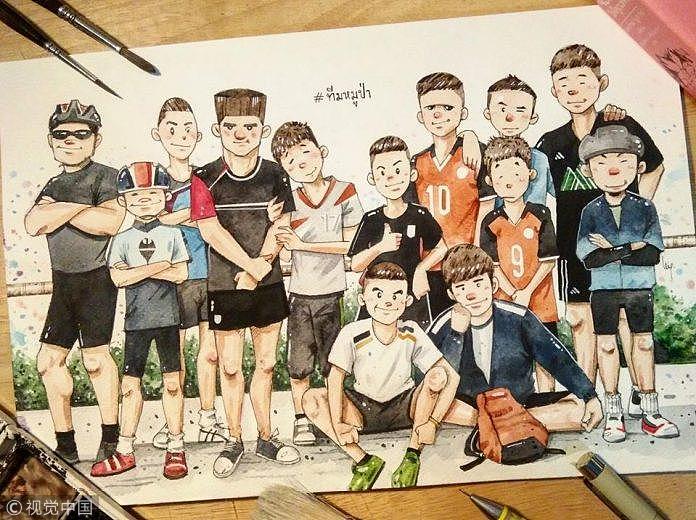 A cartoon image of the smiling boys being found by divers has been circulating on social media. [Photo/VCG]

Artists from all over the world shared their work on social media platforms like Instagram and Facebook to express concern and gratitude to all those taking part in the rescue operation, CNN Philippines reported on Tuesday.

Cartoon images of the smiling boys being found by divers have been circulating on social media. Now, more have flooded social networks, paying tribute to the brave rescuers from countries across the world, as well as Saman Gunan, a former Navy SEAL who died while working on the rescue mission. 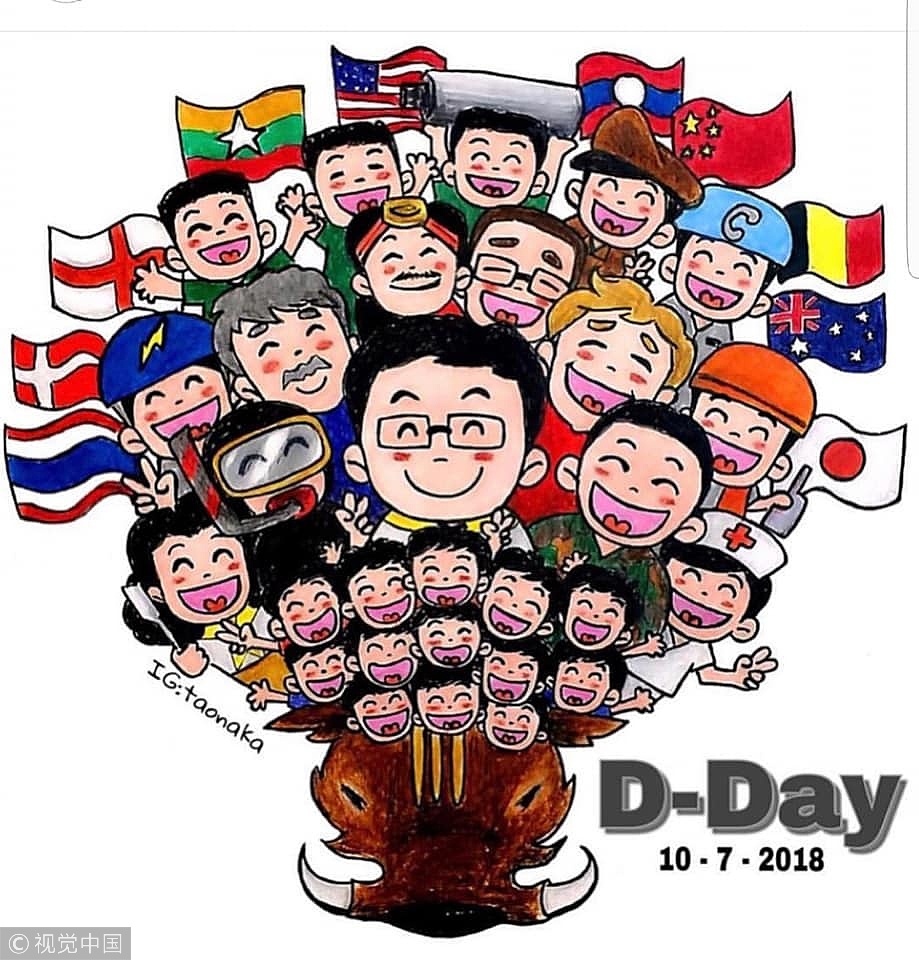 This cartoon celebrating cooperation among different countries in the rescue operation was illustrated by Instagram user "taonaka". [Photo/VCG]