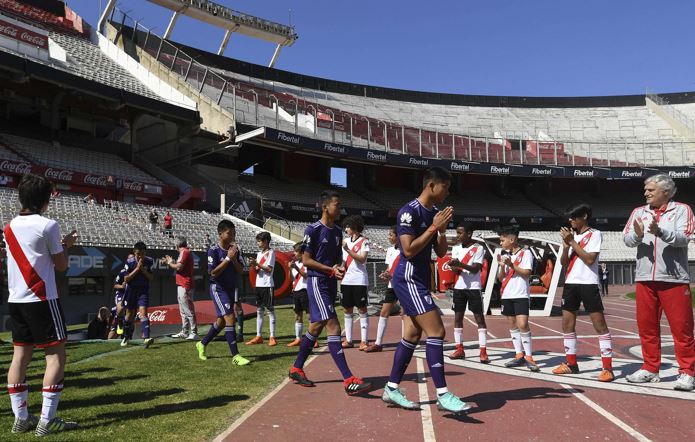 The players of the Thai junior soccer team who were rescued after being trapped in a cave for more than two weeks were invited to the Youth Olympics in Buenos Aires and played River Plate on Sunday.

The Wild Boars team, aged between 11 and 16, arrived in the city on Friday and attended the opening ceremony of the tournament the following day, before playing for an hour with the youth team of Argentinian giants River Plate.

The friendly was played at the Estadio Monumental, which hosted the 1978 World Cup final and the host Argentina were the champions.

The Thai youngsters, accompanied by the coach who took them on their trip to the Thuam Luang cave complex on June 23, were given a guard of honor by their Argentinian counterparts as they took to the pitch.

"This is the power of soccer and sport, we can make the people more happy."

The plight of the Thai boys attracted global media coverage and an international rescue effort as they remained trapped in the caves until July 10, and claimed the life of a rescue diver, former Thai Navy SEAL Saman Kuman.

"The kids are very happy to be here, very excited," said the head of the Thai delegation Werachon Sukondhapatipak.