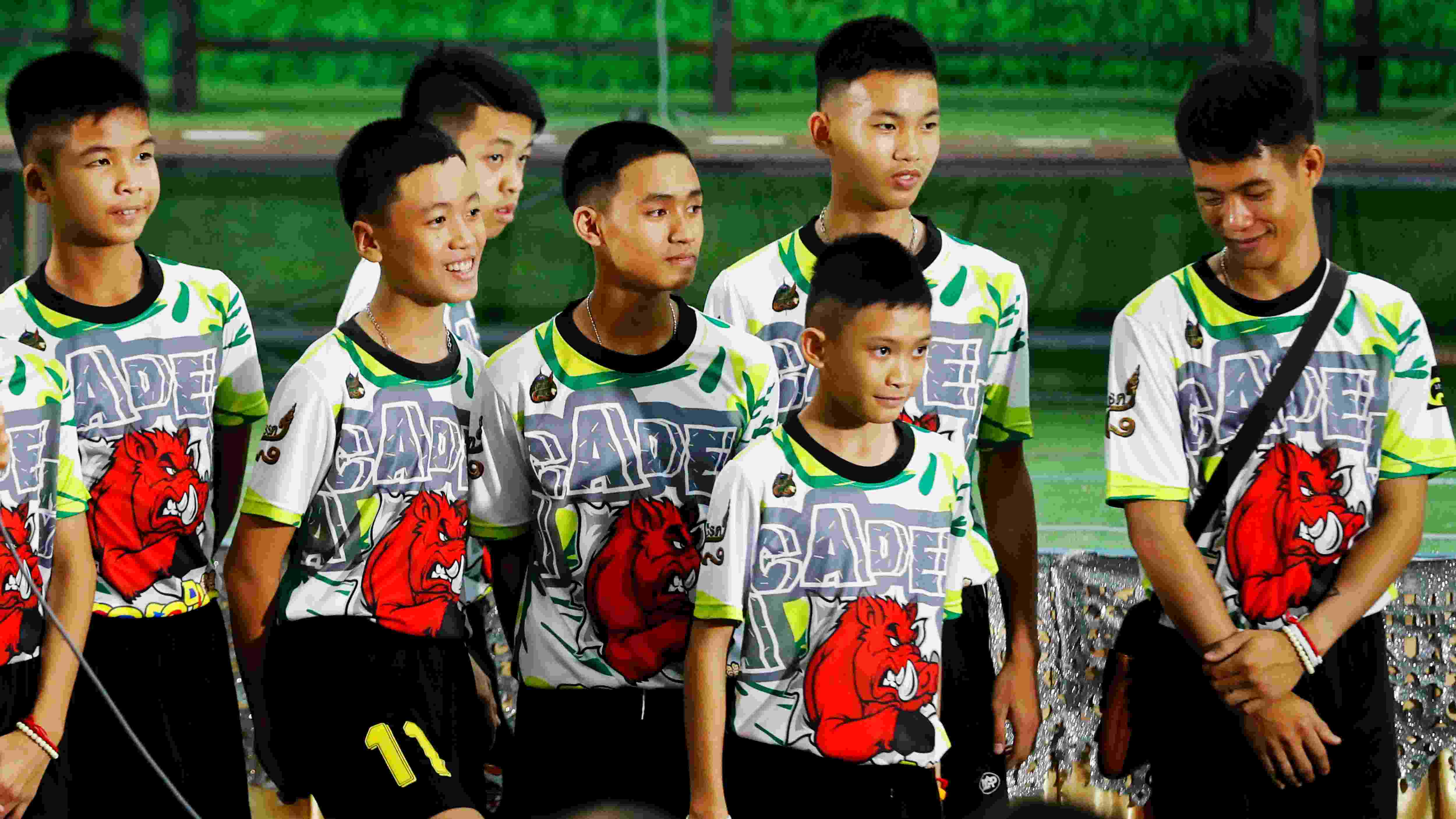 Three players and the team's coach from the Thai soccer team recently rescued from a cave were granted citizenship on August 8, 2018. (Photo: AP)

Thailand on Wednesday granted citizenship to three stateless young football players and their coach, Ekapol Chanthawong, who were rescued along with nine other teammates from a flooded cave last month. Another stateless member of the Wild Boars football team, who had not been in the cave, was also given citizenship.

The decision has brought in focus the condition of Thailand’s hundreds of thousands of stateless people who struggle for minimum benefits and basic rights, even though the government has pledged to attain zero statelessness by 2024

For instance, Ekapol and the young boys who received their official Thai ID cards on Wednesday were earlier not allowed to travel outside Thailand’s northern province of Chiang Rai, where they live and which is home to thousands of ethnic minorities with roots in neighboring Myanmar, who still face such curbs.

Ekapol and 12 "Wild Boars" survived a nine-day ordeal trapped inside a flooded cave and were saved after a massive and dramatic international rescue mission last month.

The coach and three players were considered stateless despite being born in Thailand, until local authorities verified their documents and qualifications, including birth certificates, and conferred them with citizenship.

Armed with Thai ID cards now, the new citizens will be able to travel with other Wild Boars team members beyond the borders of their own province.

“I’m happy. I want to say that football can elevate the lives of kids whose families may not be in the best position,” Wild Boars head coach Nopparat Kanthawong was quoted by Associated Press as saying.

“If they have Thai citizenship, in the future, if they don’t want to play football they can take exams to become public officials or find good work that is related to their field of studies,” he said.

Nopparat said he submitted documentation on Wednesday to help apply for citizenship for seven other Wild Boar players who are stateless.

The boys given citizenship on Wednesday in their home district of Mae Sai had all applied for it before the cave incident, which drew huge international attention.

“They have all the qualifications [for citizenship],” Reuters quoted district chief Somsak Kanakam as saying. “All children born in Thailand must have Thai birth certificates in order to qualify for Thai citizenship,” he added.

Citizenship requests for 20 other people, most of them children, were also approved, Kanakam said.

“There are many people who are born in Thailand but haven’t received citizenship yet,” Associated Press quoted him as saying, and further adding that residents seeking Thai nationality should apply quickly, while Kanakam still holds his job, because he has “no corrupt intentions.” The district chief said that most people present at Wednesday’s ceremony were aware of under-the-table payments that some officials had asked for in the past.

The exact number of stateless people in Thailand is unknown, but while government statistics puts the number at 488,105, the International Observatory on Statelessness (IOS) claim it could be anywhere between 2-3.5 million individuals. The IOS says that these stateless individuals are “unable to vote, buy land, seek legal employment, work in certain occupations or travel freely.”

Many stateless people and those at risk of statelessness in Thailand come from areas where national borders have changed, leaving their nationality in question, according to the UN Refugee Agency, UNHCR. Some belong to “hill tribes” living in remote areas with limited access to information about nationality procedures and who, in the past, lived without registration or identity documentation.

The IOS points out that several million Myanmarese people live in Thailand, “having fled persecution and economic deprivation in their country of origin.”

About 150,000 refugees have been allowed to live in temporary refugee camps, leaving more than two million others to live outside the camps illegally. Small numbers of illegal persons are also inside the camps. Children born to Burmese in Thailand are ineligible for citizenship either in Burma or in Thailand.

According to a UNHCR report, the Thai government has endorsed the UN refugee agency’s #IBelong Campaign to End Statelessness by 2024 and its goal of achieving zero statelessness. The UNHCR campaign was launched in November 2014. 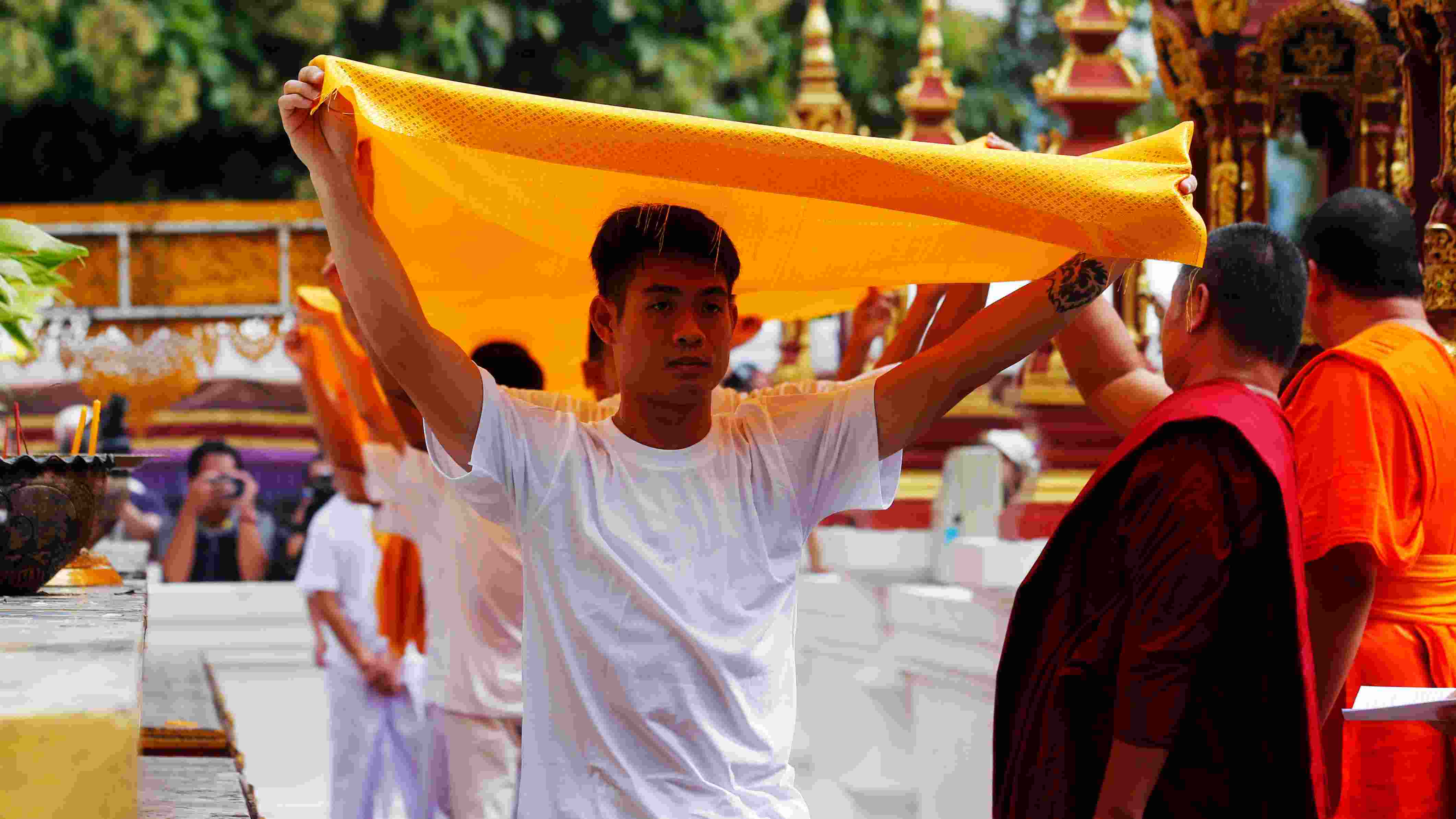