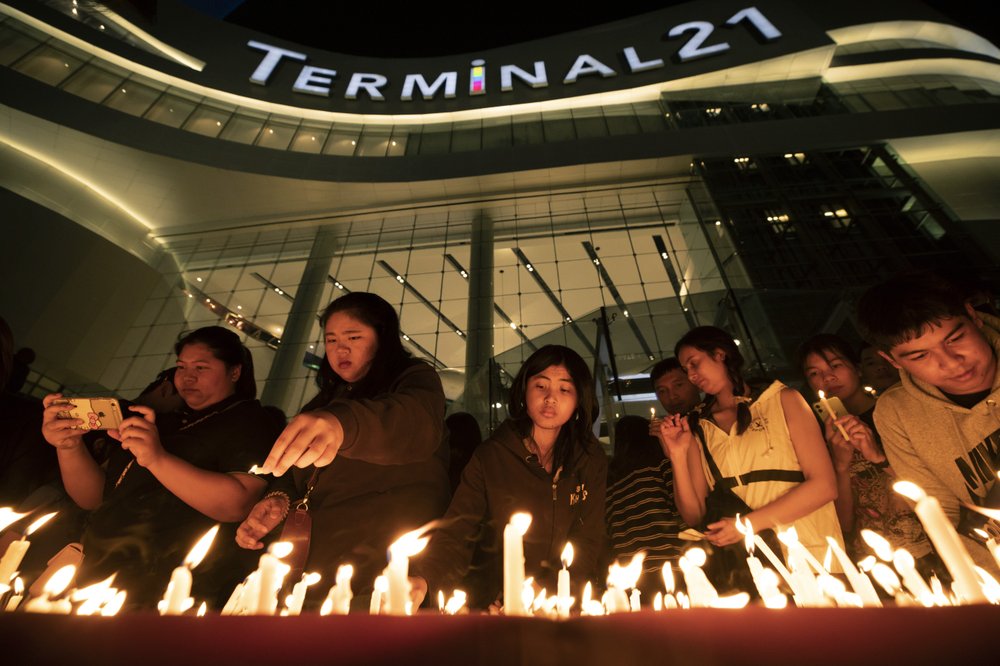 People attend a memorial service at the Terminal 21 Korat shopping mall in Nakhon Ratchasima, Thailand, February 10, 2020. Authorities in northern Thailand began releasing bodies to relatives after security forces cornered and killed a soldier who carried out the country's worst mass shooting in an hours long siege at a shopping mall. (Photo: AP)

Authorities in northeastern Thailand began releasing bodies to relatives Monday after security forces cornered and killed a soldier who carried out the country’s worst mass shooting in an hourslong siege at a shopping mall.

The soldier killed 29 people starting with his commanding officer in a stunning tragedy that began Saturday and ended Sunday morning when security forces shot dead the heavily armed attacker in Terminal 21 Korat, an airport-themed mall in Nakhon Ratchasima.

The gunman, Sgt. Maj. Jakrapanth Thomma, 31, was infuriated at a land deal brokered by his commander’s mother-in-law, as far as authorities have been able to determine. She was another of his victims.

The death toll surpassed Thailand’s last major attack on civilians, a 2015 bombing at a shrine in Bangkok killing 20 people that was allegedly carried out by human traffickers in retaliation for a crackdown on their network.

Messages of sympathy for the latest tragedy were sent by several countries.

The U.S. Embassy said it “stands with the people of Thailand, saddened by tragic events in Nakhon Ratchasima.”

Throughout Monday, people dropped by the Terminal 21 mall to offer flowers and leave notes expressing sympathy.

In the evening, several hundred people gathered outside the mall for a memorial service led by a Buddhist monk and lit candles to remember the victims.

More than 1,000 people mourned the victims the night before in another Buddhist ritual at the city’s town square. They lit candles and chanted.

Many of the 58 wounded are still in serious condition. The Public Health Ministry sent a mental health crisis team to help relatives of the deceased cope with their losses.

Survivors and victims’ families at the city’s hospitals recounted their ordeals.

High school student Nachote Chotiklang said he was in his mother’s car as she passed the gunman’s vehicle.

The assailant “got out of the car and fired into the window. At that, I ducked down and didn’t do anything until I felt that car hit something. It hit a tree.”

When the teenager was asked what happened to his mother, Nachote shook his head. Another man explained that she had died.

Rachanon Kanchanamethi was riding a motorbike home when the gunman fired at him. The 13-year-old middle school student was his family’s only child.

His father spoke at the first day of his son’s Buddhist funeral.

“I don’t want to lose him like this,” Nuttawut Kanchanamethi said. “This is too sudden. We had plans for him, growing up. That’s all. We didn’t impose any expectations on him.”

Nuttawut paused for a long moment.

“I want to continue taking care of him, but I no longer have that opportunity,” he said, breaking into sobs.

The bodies of security personnel began to be flown Monday morning to the capital, Bangkok, for funerals.

Nakhon Ratchasima was not prepared for killing on such a scale. The public hospital’s lone forensic doctor is performing autopsies before the bodies are released to families for cremation, but families were told he can only do six per day, so some won’t be able to retrieve their loved ones until Tuesday. 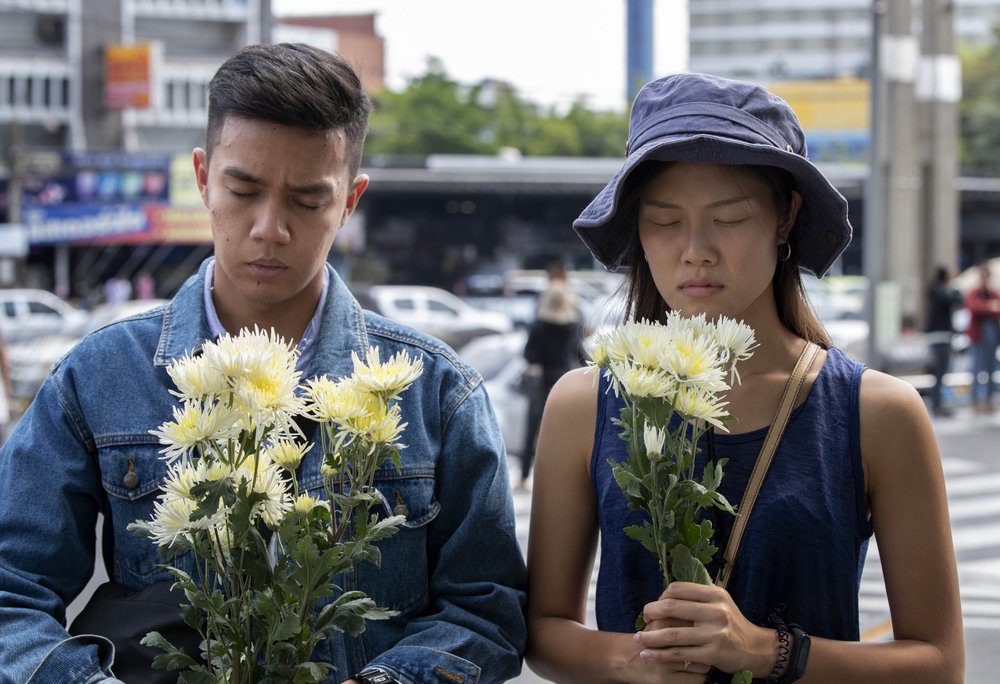 A couple offers flowers at the scene of a deadly mass shooting outside the Terminal 21 shopping mall February 10, 2020, in Korat, Nakhon Ratchasima, Thailand. (Photo: AP) 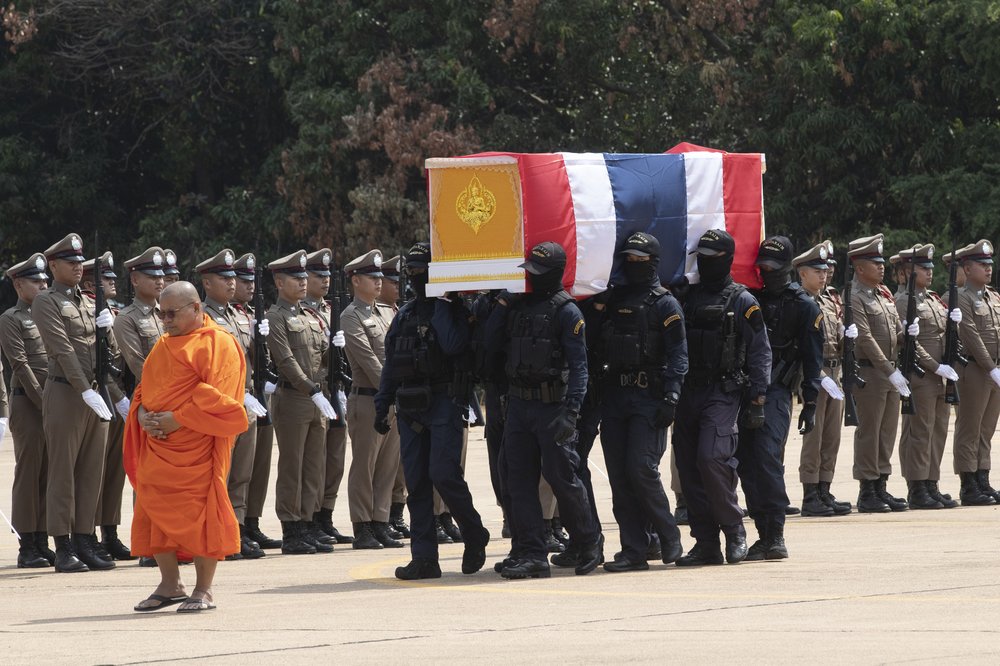 Members of the Thai special forces carry the coffin a fellow officer killed in a mass shooting, at a military airport in Nakhon Ratchasima, Thailand, February 10, 2020. (Photo: AP)