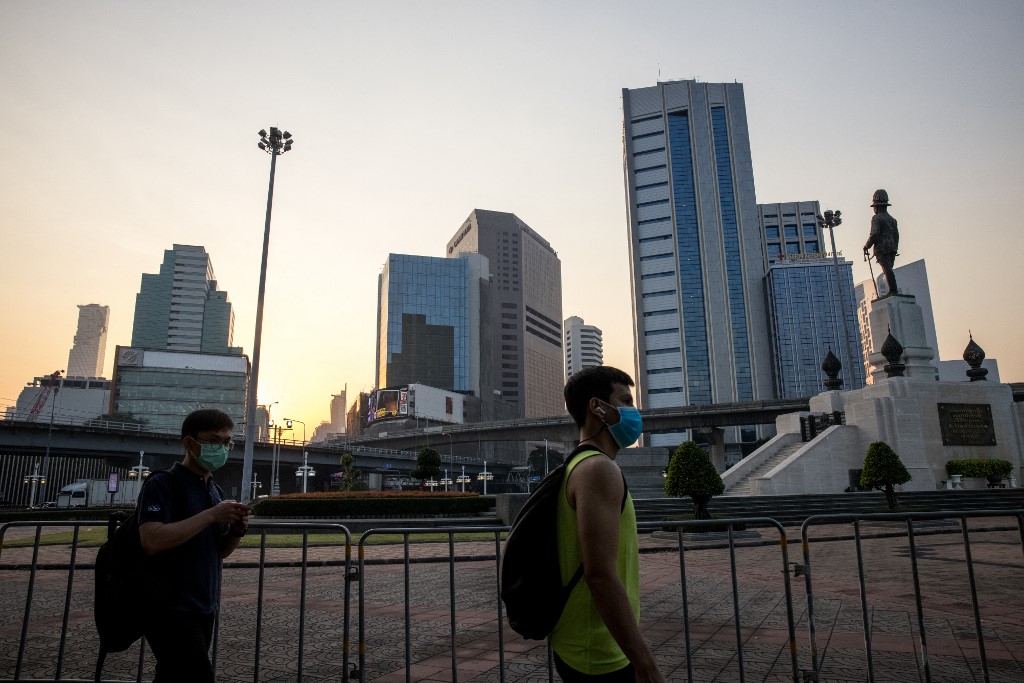 People wearing face masks amid the ongoing COVID-19 coronavirus pandemic walk past the skyline as the sun sets in Bangkok on January 14, 2021. (Photo: AFP)

In a podcast on the Thai government's Facebook page, the prime minister said some 14.7 million Thais have so far become eligible recipients to the economic stimulus campaigns while over 1.5 million grocery stores, food stalls, restaurants and service shops nationwide have joined in the campaigns, which have seen both sides benefit from them.

Prayut noted that the number of stores, food stalls, restaurants and service shops to join in the government's campaigns may increase to about two millions in the foreseeable future. 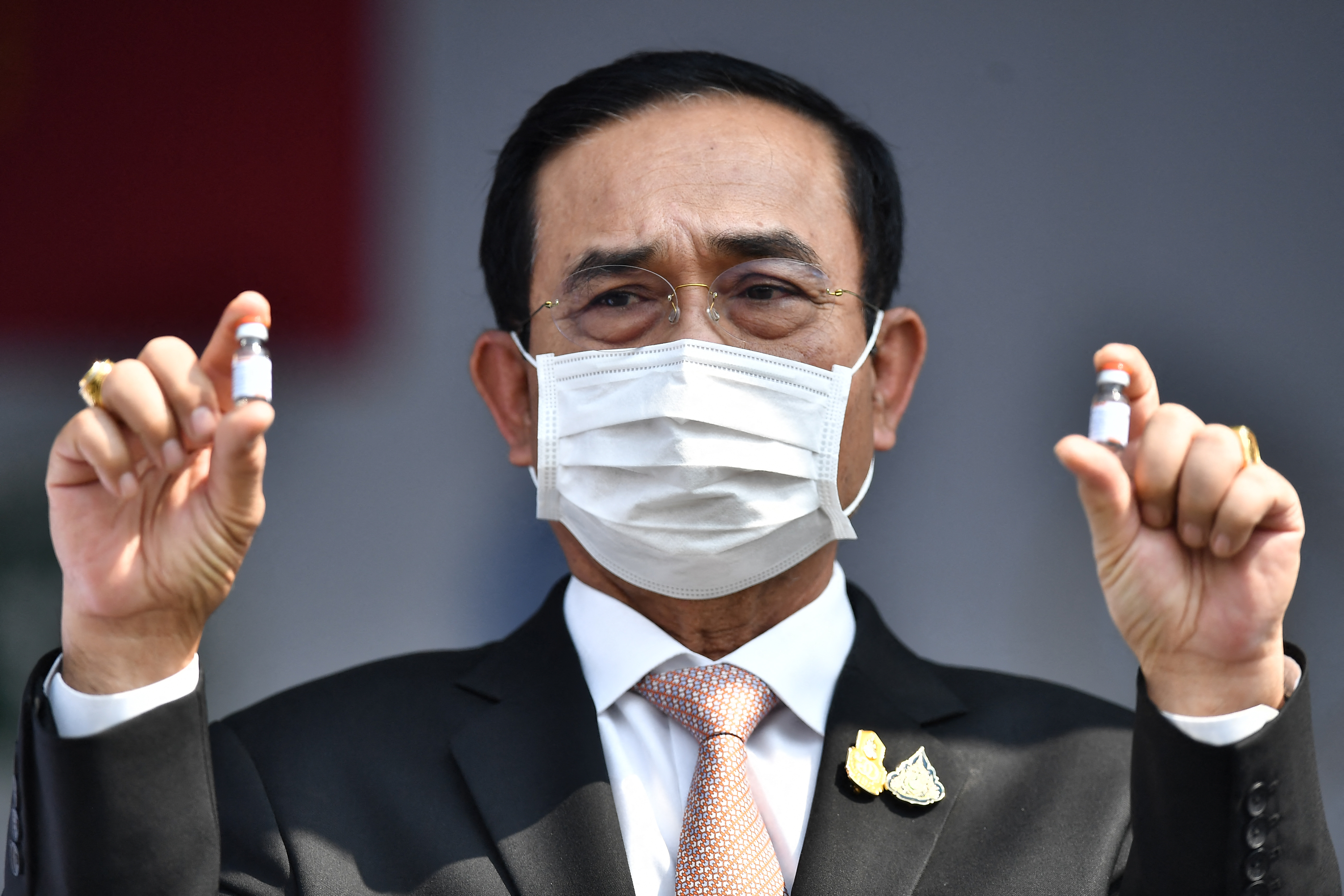 Thailand's Prime Minister Prayut Chan-O-Cha holds vials of the CoronaVac COVID-19 coronavirus vaccine, developed by China's Sinovac firm, as a shipment of it arrived in Bangkok on February 24, 2021. (Photo: AFP)

Those economic stimulus campaigns have so far generated about 92.41 billion baht (about 3.02 billion U.S. dollars) in purchases of goods and services nationwide since last year, he said.