Thai Prime Minister Prayuth Chan-ocha on Wednesday officially named his new Cabinet, a mix of members of the military government he headed after leading a 2014 coup and key politicians who helped him assemble a majority in the House of Representatives after March elections. 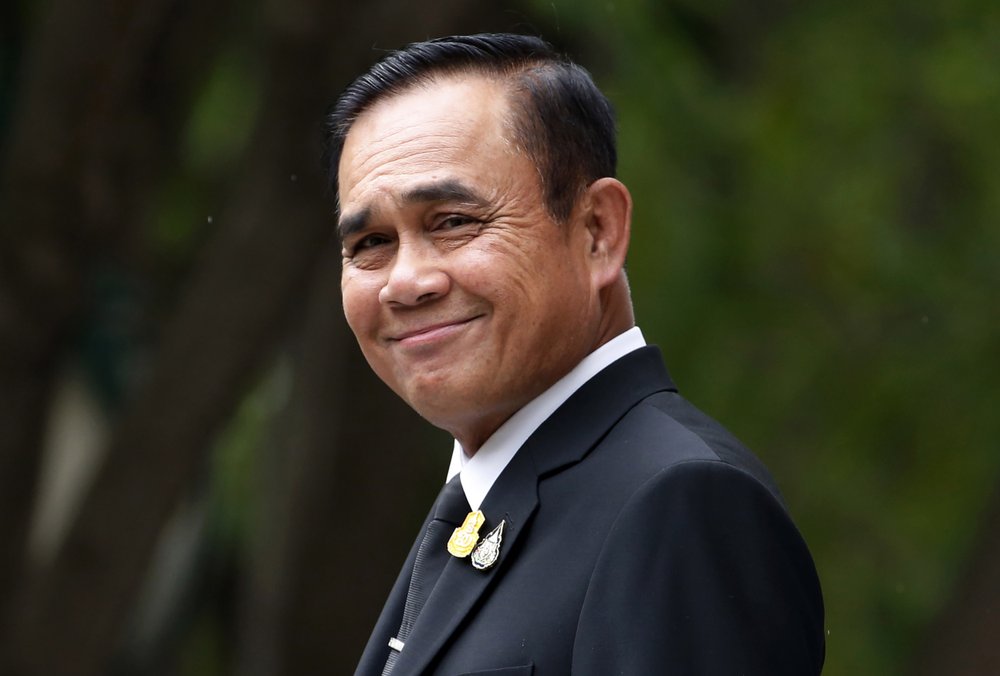 Prayuth will be both prime minister and defense minister in the 36-member Cabinet announced in the Royal Gazette.

The Cabinet members are expected to be sworn in next week.

The March elections were held under laws enacted by the junta to disadvantage established political parties. Critics also charged that the Election Commission helped the military-backed Palang Pracharath party, which backed Prayuth.

On June 6, the combined chambers of Parliament elected Prayuth prime minister by a vote of 500 to 244 for his opponent, anti-military candidate Thanathorn Juangroongruangkit.

Prayuth's election was virtually assured because all 250 senators were appointed by the junta he headed. Every member of the Senate voted for Prayuth except for the Senate speaker, who abstained.

Analysts say the next government is likely to be short-lived because the coalition that supports Prayuth includes many political parties, each with its own agenda, and they will face strong opposition in the House, where they have only a slight majority.

The announcement of the new Cabinet came a day after Prayuth revoked dozens of special executive orders and vowed to stop issuing more as he prepared to lead an elected civilian government.

After seizing power, Prayuth gave himself special legislative powers that allow him to issue orders that have the force of law.

He signed an order Tuesday revoking 66 of the more than 500 executive orders he had issued. Critics claimed it was an attempt to make it appear that the military is relinquishing power and transitioning to an elected government, although the new government will have members of his military regime retaining key positions.

"The reason Prayuth revoked these orders is to help with image during the transition to the next government and to reduce pressure on him," said Yingcheep Atchanont, program manager of the legal monitoring group iLaw.

Yingcheep said the junta has deliberately kept in place orders that enable the military to influence politics, such as one that allows soldiers to search and arrest people they suspect of threatening national security for up to seven days without charges.

The junta has regularly detained critics at military camps as a method of intimidation.

Another order Prayuth failed to revoke allows a committee to review and direct the removal of online content without a court order.

Prayuth said Tuesday he would no longer use his special legislative power, known as Article 44, which will cease together with the junta once the new Cabinet is inaugurated.