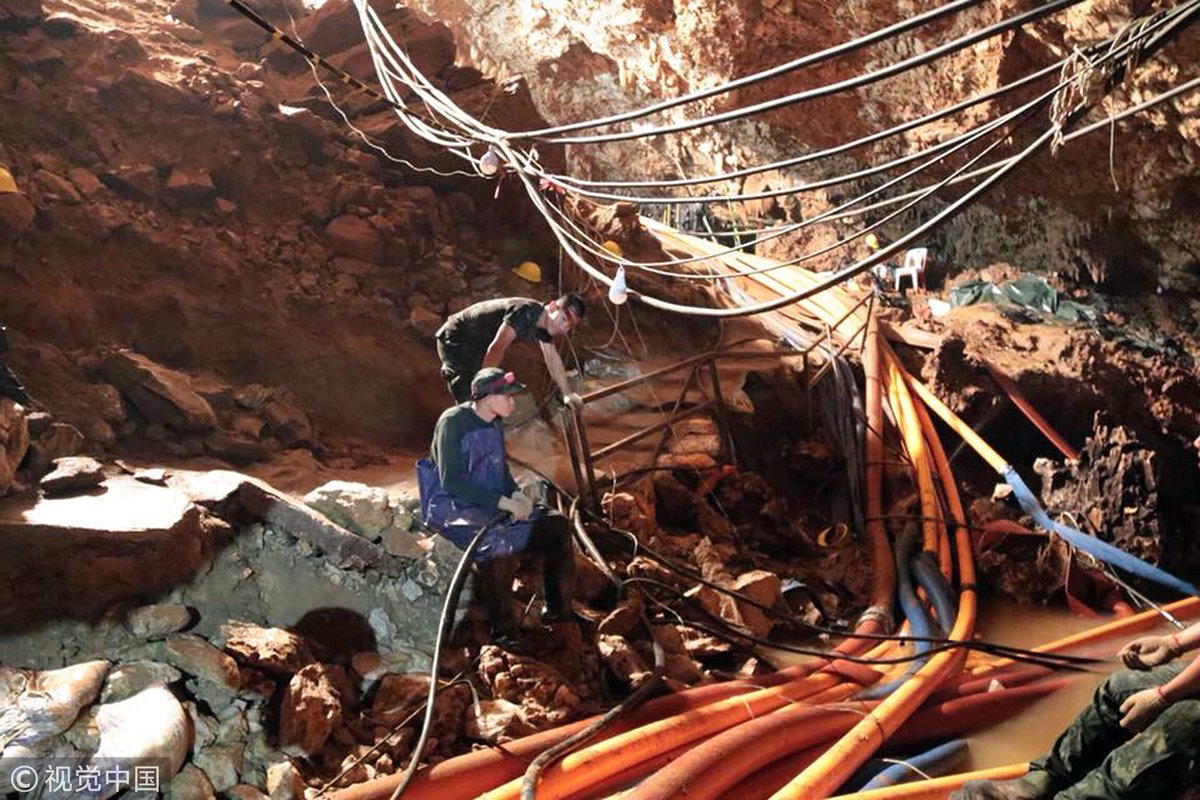 "From the situation assessment, we need to use the area to help victims."

They gave a deadline of 9:00 am to clear out, setting off a frenzy of moving and packing.

Officials did not clarify whether the complex effort to dive the team out of the kilometres-long Tham Luang cave in northern Thailand had commenced.

At the start of the weekend the head of the mission Narongsak Osottanakorn said that the boys were not ready to make the trip, but later Saturday he suggested that there was a window to try.

"Now and in the next three or four days, the conditions are perfect (for evacuation) in terms of the water, the weather and the boys' health," Narongsak told reporters.

Sustained heavy rains could make the water rise to the shelf where the children are sitting, reducing the area to "less than 10 square meters", he added, citing estimates from cave divers and experts.

But the death of a former Thai Navy Seal diver who ran out of oxygen in the cave on Friday underscores the danger of the journey even for adept professionals.

The "Wild Boars" team has been confined in the Tham Luang cave since June 23, when they entered after practice and were hemmed in by rising floodwaters.

Their plight has transfixed Thailand the rest of the world, and the muddy site near the cave's entrance has swelled with media, volunteers and onlookers since the operation started.

Cover image: Members of the Royal Thai Navy along with volunteers from England, the United States, Australia, and China, are pictured as they prepare to rescue 12 schoolboys, members of a local soccer team, and their coach, from the Tham Luang Cave network in Northern Thailand. Two British volunteer divers found the missing boys Monday after a nine-day search. (Photo by Royal Thai Navy)