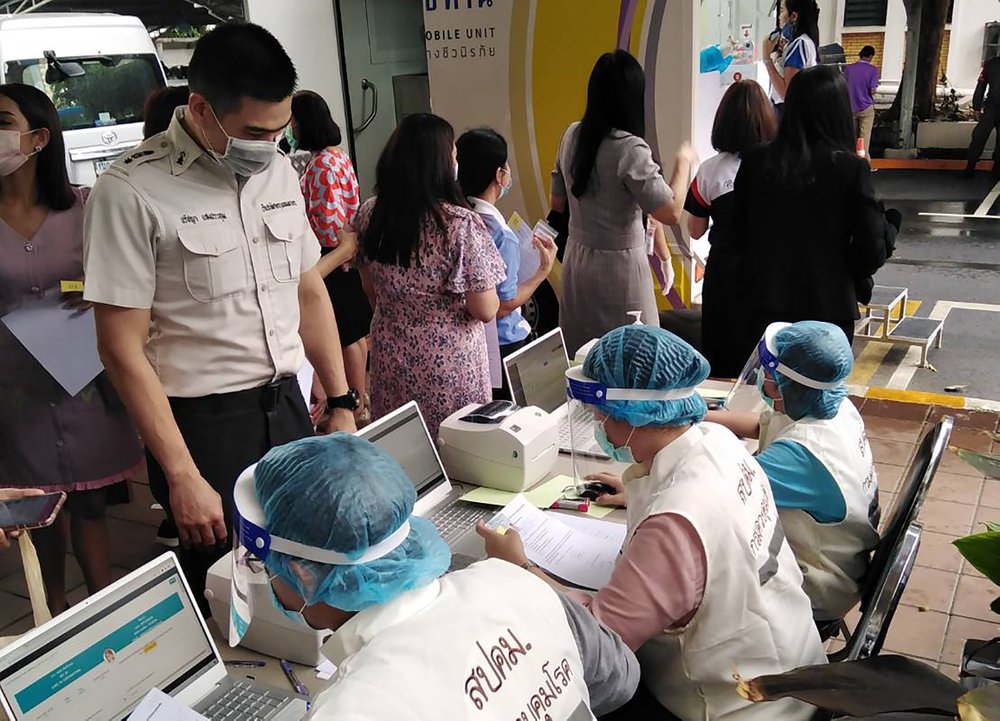 In this handout photo released by the Thai Department of Corrections, a health worker collects a nasal swab from Thai Corrections officers to test for the coronavirus in in Bangkok, Thailand, Thursday, Sept. 3, 2020. (File photo: AP)

BANGKOK, Oct. 22 (Xinhua) -- The severe state of emergency was lifted on Thursday by Prime Minister Prayut Chan-o-cha, following a one-week enforcement to deter protests in the Thai capital of Bangkok.

The Royal Gazette published the prime minister's removal of the emergency with immediate effect after Prayut pledged to do so in a public address on Wednesday.

The current situation has been alleviated and could be handled by authorities with the use of existing laws and without the needs for such emergency rule, according to the prime minister.

The severe state of emergency in Bangkok was declared on Oct. 14 in the wake of street protests.

Prime Minister Prayut suggested both the government and protesters "take a step back" and leave their demands to the legislative process at the parliament.