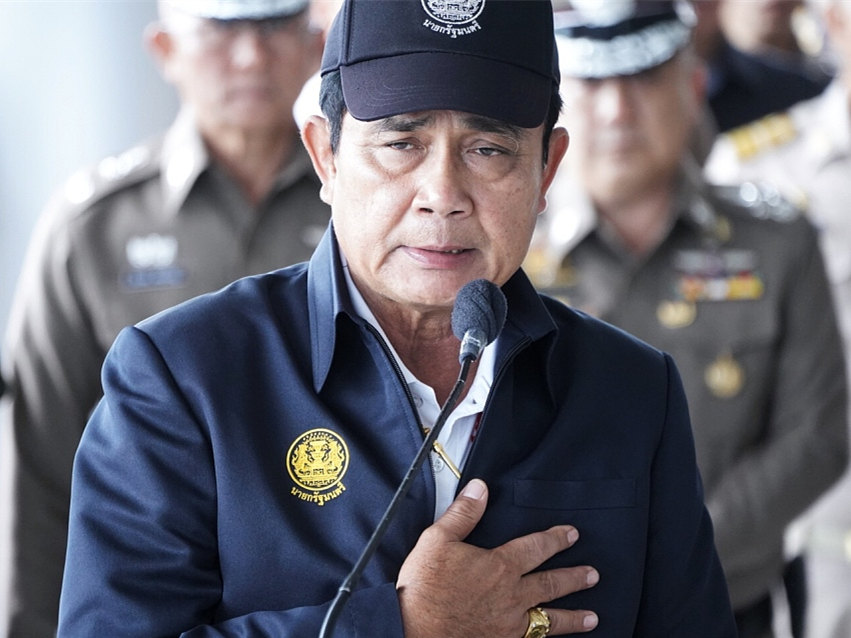 BANGKOK, Sept. 30 (Xinhua) - Thai Prime Minister Prayut Chan-o-cha felt sorry for the incident that a Thai security guard hit a Chinese tourist at an airport and ordered quick confidence building measures for Chinese tourists on Sunday, according to a government news release.

The release by Thai government's official website said that the prime minister felt sorry for the incident, which should not have happened and has affected Thailand's national image.

"Though the Chinese tourist had some inappropriate behaviors, officials must be service-minded and conduct in line with international standard as Airports are the first gateway to Thailand," the government website quoted Prayut as saying.

Latest reports from Airports of Thailand PLC. said the guard received suspension and would be sacked and the general manager of the airport received a 30-day suspension.

Airports of Thailand PLC. will offer an apology to the Chinese tourist through the Chinese Embassy, the website said.

Prayut also said related bodies, namely the tourism and sport ministry, the transport ministry and Royal Thai police need to make governmental service more transparent and fair, as well as to work harder to facilitate foreign visitors especially Chinese tourists, who are losing confidence to come to Thailand after a boat tragedy in Phuket in July.

The security guard at Bangkok's Don Mueang airport has come under fire after a video clip showing him slapping a Chinese tourist on the face went viral.

The clip showed the guard and the Chinese man quarreling before the guard shoved the man and raised a hand and hit him. It has drawn a flurry of criticism against the attacker.

The incident took place on Thursday when the tourist failed to pass immigration and was then taken to a detention room as he could not show a return ticket after visiting Thailand as well as his address in the country. But he refused to stay and left, according to the airport.

The Chinese man, who later returned to China, earlier said on social media that the quarrel was caused by his refusal to give the immigration employees a tip and later said he accepted the apology from the Thai side.

In August some 860,000 of the 3.2 million tourists who visited Thailand were from the Chinese mainland, according to Thai government statistics.

The numbers represent a nearly 12 percent decline in visits from the Chinese mainland from the same period last year.