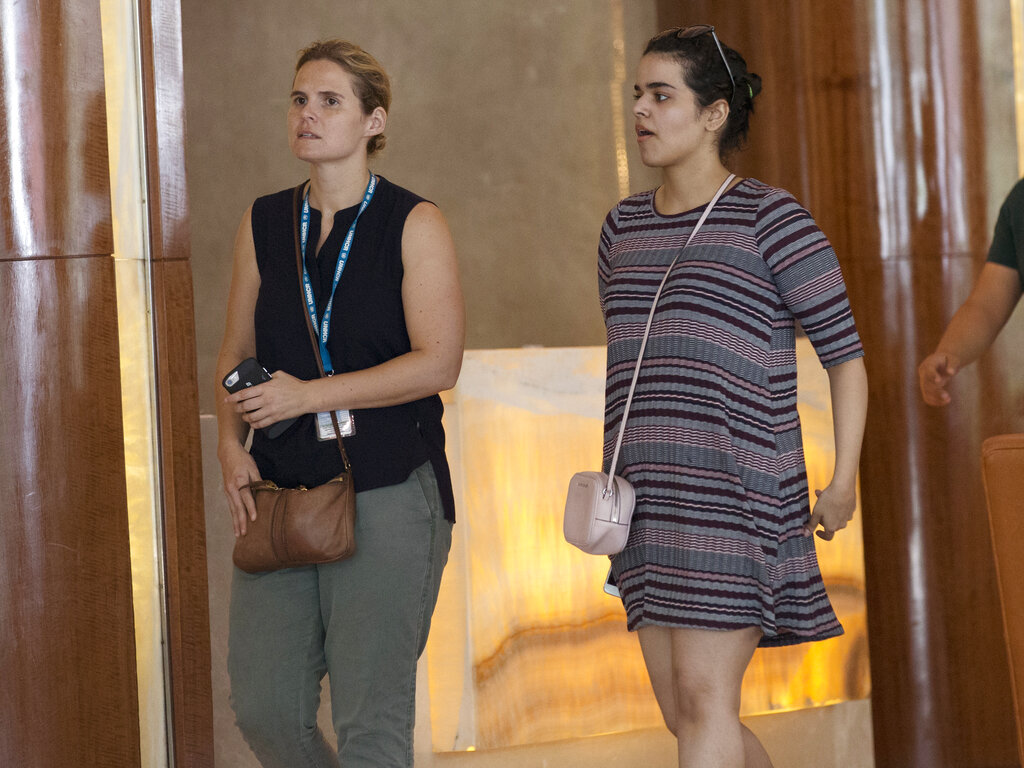 Rahaf Mohammed Alqunun, right, walks with an unidentified companion in Bangkok, Thailand, Friday, Jan. 11, 2019. Alqunun, the 18-year old Saudi woman who fled her family to seek asylum, remains in Thailand under the care of the UN refugee agency as she awaits a decision by a third country to accept her as a refugee. (File photo: AP)

Thailand's immigration police chief says a Saudi woman who fled alleged abuse by her family will leave Bangkok for Canada.

He earlier said that several countries including Canada and Australia were in talks with the UN refugee agency on accepting Alqunun.

Alqunun was on her way to Australia last Saturday but was stopped at a Bangkok airport by immigration police who seized her passport.

She barricaded herself in an airport hotel room and launched a social media campaign that drew global attention to her case. Thai officials agreed to admit her temporarily under the protection of UN officials, who granted her refugee status on Wednesday.