WORLD Thai princess disqualified from list of candidates for PM

Thai princess disqualified from list of candidates for PM 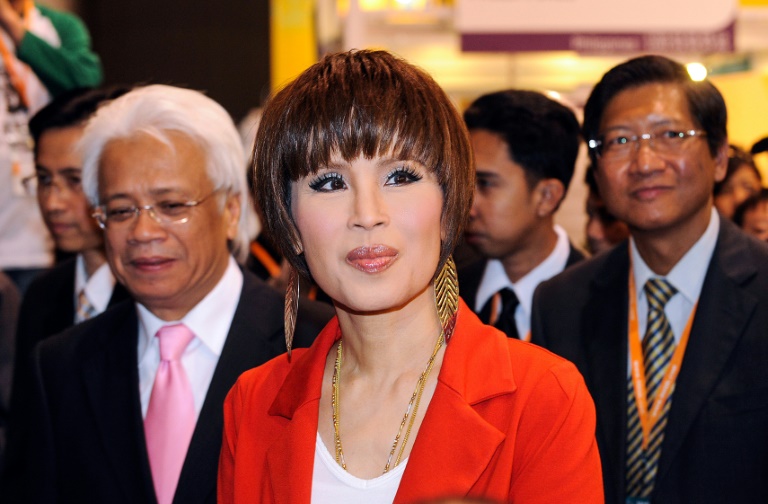 Uncertainty has coursed through Thailand since the Thai Raksa Chart party made the announcement that Princess Ubolratana would be their candidate for PM (Photo: AFP)

Thai Princess Ubolratana was on Monday formally disqualified for running for prime minister, ending her brief and ill-fated political union with a party allied to the powerful Shinawatra clan, just days after a stern royal command rebuking her candidacy was issued by her brother, the king.

Uncertainty and conjecture have coursed through Thailand since Friday when the Thai Raksa Chart party made the explosive announcement of Princess Ubolratana, King Maha Vajiralongkorn's elder sister, as their candidate for premier after the March 24 election.

Her tilt appeared to some to be a masterstroke of back-room dealings by Thaksin Shinawatra, the billionaire self-exiled ex-premier, just weeks before the poll.

A royal command from the king put a pin in her unprecedented political aspirations, insisting the monarchy was above politics and describing his sister's candidacy as "highly inappropriate".

Thailand's incredibly wealthy and powerful monarchy is revered by Thais and protected by a draconian lese majeste law. The king's word is seen as final.

On Monday the Election Commission formally scratched her candidacy.

"The EC today has announced the name of candidates excluding Princess Ubolratana proposed by the Thai Raksa Chart party," it said in a statement, explaining "all royal family members are above politics."

Despite its brevity, the princess's foray into politics has electrified the political landscape of the country, as speculation over who wins and loses from her tilt ricochets across the kingdom.

Chatter of an impending coup against the ruling junta leader Prayut Chan-O-Cha and a major change in army top brass has billowed out, with the hashtag #coup trending in the top 10 on Thai Twitter.

On Monday junta chief Prayut on Monday was forced to dismiss rumours of an impending coup as "fake news".

The gruff former general, masterminded a putsch against the government of Yingluck Shinawatra, Thaksin's sister, in 2014.

Meanwhile, a chastened Thai Raksa Chart, a key pillar in Thaksin's election strategy, agreed to comply with the royal command.

It may face censure by election authorities that could ultimately see it dissolved, although it was not clear if any ban could be in place before the election takes place.

Thailand's generals have a penchant for coups, backroom plotting and factional struggles.

They have grabbed power 12 times since the end of absolute monarchy in 1932, including against existing juntas seen to have over-stepped their mark.

Prayut has agreed to stand for premier after the election and is aided by an army-scripted constitution.

But critics say he has personalised power and outstayed his welcome with a public wearied by his finger-jabbing style.

The king appointed a new army chief, Apirat Kongsompong, last year from a rival faction of the army to Prayut and his junta allies.

Recent days have seeded unease, with the first election in eight years now seemingly dependent on behind-the-scenes power plays by the elite.

Meanwhile, the fate of Thai Raksa Chart hangs in the balance.

The party, a second to the Thaksin political powerhouse Pheu Thai, was expected to help the Shinawatra machine secure a majority in the 350-seat lower house.

But it is under intense pressure following its bid to bring in the princess.

"I think the party leader and board should take a responsibility by resigning," said Srisuwan Janya of the Association for the Protection of the Constitution, a royalist activist group, who submitted a petition to election authorities Monday calling for the party's censure.