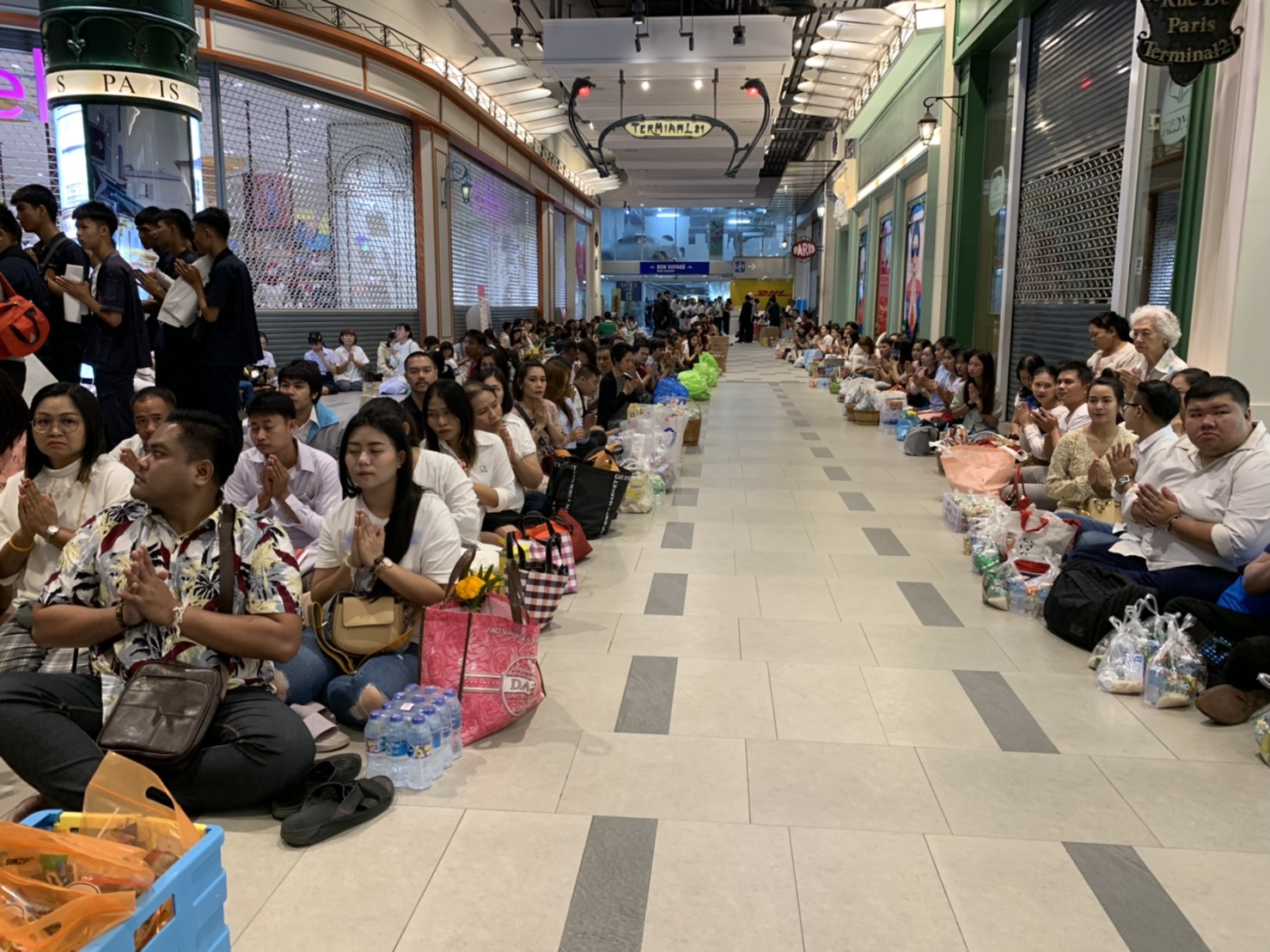 BANGKOK, Feb. 13 (Xinhua) -- Terminal 21 shopping mall in Thailand's northeast on Thursday flung its door open as shoppers headed toward the main entrance to offer moral support, four days after a soldier shot and killed nearly 30 people and wounding more than 50 others.

Buddhist monks chanted prayers at the mall to bring good luck, with the presence of government officials and a large number of locals.

Free food and drinks sponsored by the Thai King and Queen were offered outside the mall for visitors.

Many shops inside the mall also offered 50 percent discount to attract shoppers to return to the mall.

Many students, shoppers, state officials flashed "Together We Stand Strong" placards before dozens of cameras from journalists.

One student shouted, "Korat (Nakhon Ratchasima), we will never leave you behind," as tens of others followed.

Another shopper shouted, "Korat is the city of strength and life will move on!"

Meanwhile, Nakhon Ratchasima governor Wichian Chantharanothai said the donations for the victims of the massacre has risen to 53 million baht (1.7 million U.S. dollars).

The money will be given to relatives of the dead victims on Friday.

The shopping mall also said that rentals for all 500 shops at the mall will be waived for a month, adding that the mall will also hold marketing campaigns to help them boost sales.