BANGKOK, June 17 (Xinhua) -- Thailand has administered 7,003,783 doses of COVID-19 vaccines so far, as the nation accelerates its vaccination to fight against the spread of the coronavirus. 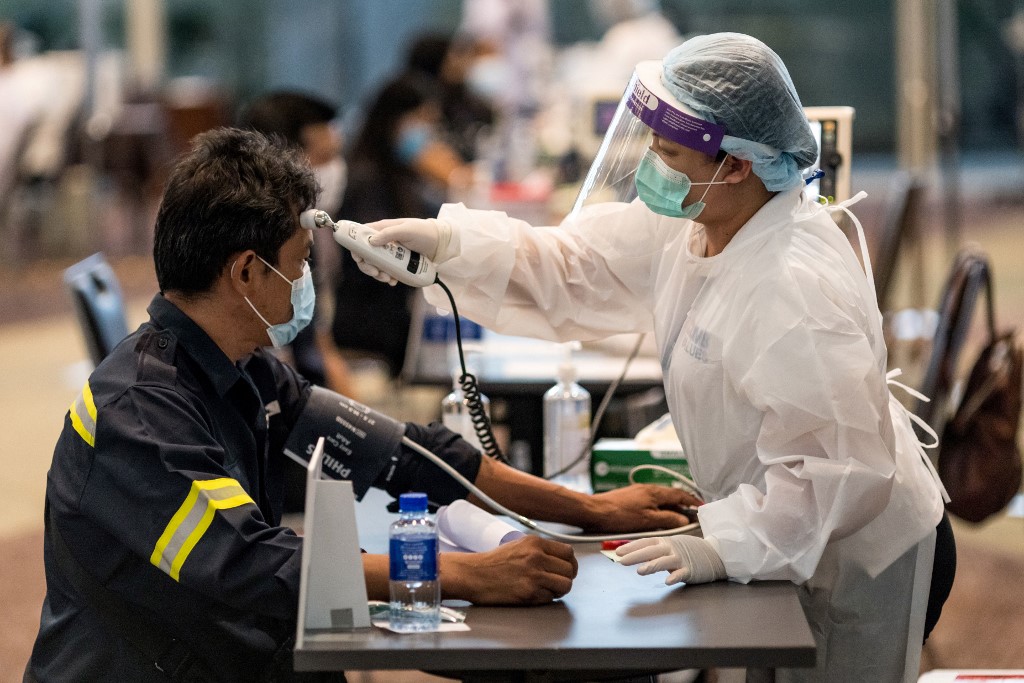 A medical staff member carries out a health check before administering a dose of a COVID-19 coronavirus vaccine at the Siam Paragon Shopping Mall in Bangkok on May 21, 2021. (Photo: AFP)

Over 2.9 million doses of the vaccines have been given since the country launched its mass inoculation campaign 10 days ago, according to the data released by the Center for the COVID-19 Situation Administration (CCSA).

A total of 5.1 million people, or about 7.3 percent of the country's nearly 70-million population, received the first shots of COVID-19 vaccines as of Wednesday, the data showed.

In order to achieve this goal, an average of 10 million vaccine doses is planned to be administered each month from July onwards, and a threshold of 50 million people given first shots is targeted by early October, he said.

The CCSA said the quarantine measures for both Thai and international inbound travelers are likely to be modified from next month onwards.