Thailand aims to vaccinate 70 percent of its population by September 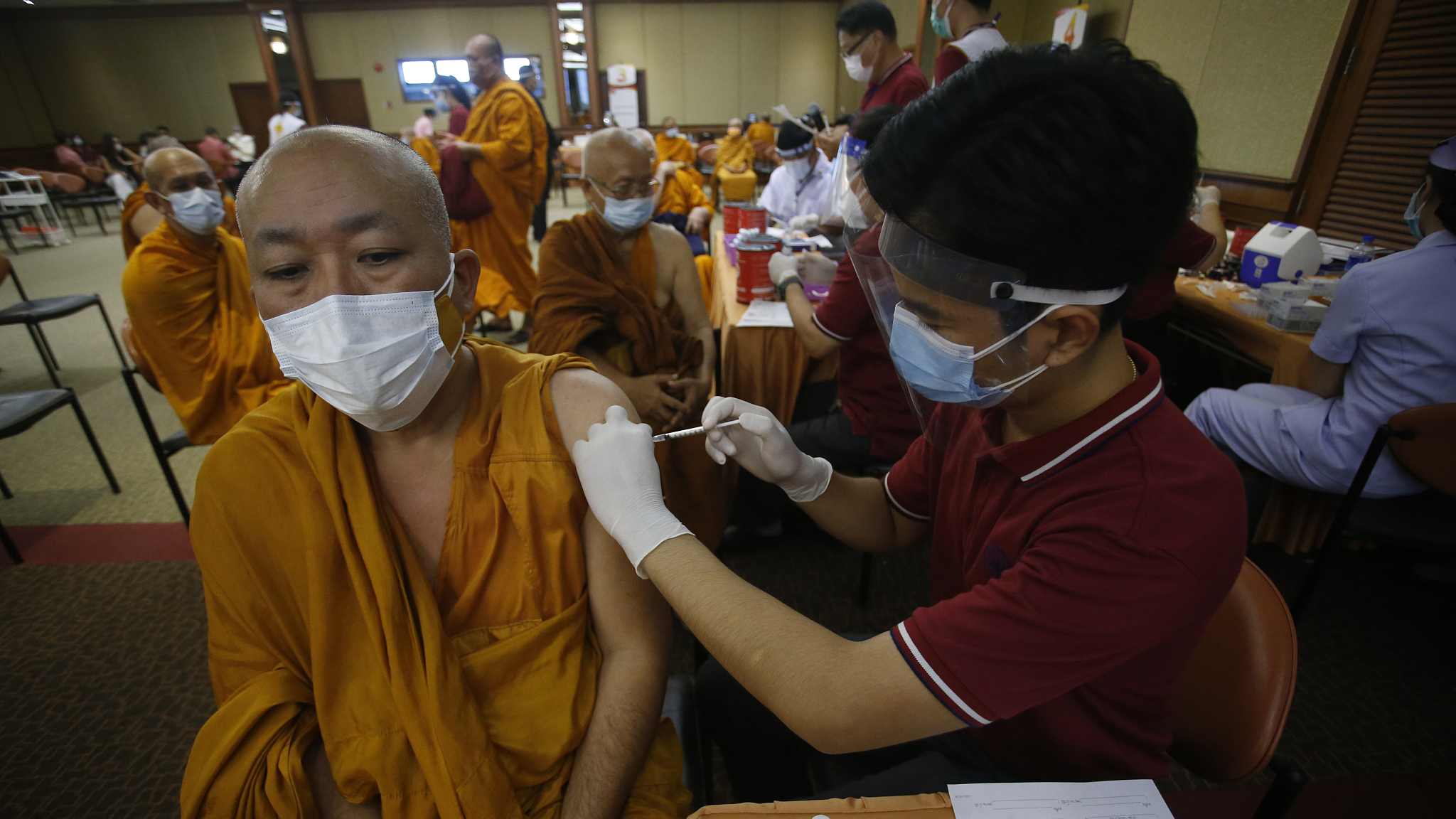 A health worker administers a dose of the Sinovac COVID-19 vaccine to Buddhist monk at Priest Hospital in Bangkok, Thailand. (Photo: VCG)

Thailand is targeting to administer one dose of a COVID-19 vaccine to 70 percent of its population by September, the country's Minister of Health Anutin Charnvirakul said on Wednesday.

"We will focus on the first shots of vaccination to meet the target of 70% of the population by September," Charnvirakul said in a statement.

The government's declaration comes as the southeast Asian nation battles a new, more powerful wave of COVID-19 infections and fatalities that has seen cases nearly quadruple and deaths increase six-fold since early April.

That outbreak emerged from a Bangkok entertainment district before spreading to a slum area.

On Tuesday, Thailand reported 35 fatalities, its highest number of COVID-19 deaths in a single day, according to its COVID-19 task force. Meanwhile, on Monday, the 9,635 cases reported were the highest number of new infections since the pandemic began.

Thailand has struggled to procure vaccines from several brands and is yet to begin a mass vaccination program.

Thailand is expected to commence its major campaign in May when locally-manufactured AstraZeneca doses are available.

Thailand has also placed orders for the Pfizer/BioNTech vaccine, while authorities have so far approved Sinovac, AstraZeneca, Johnson & Johnson and Moderna.

Thailand has so far reported more than 113,000 confirmed cases and more than 645 deaths, according to data from the Johns Hopkins University.