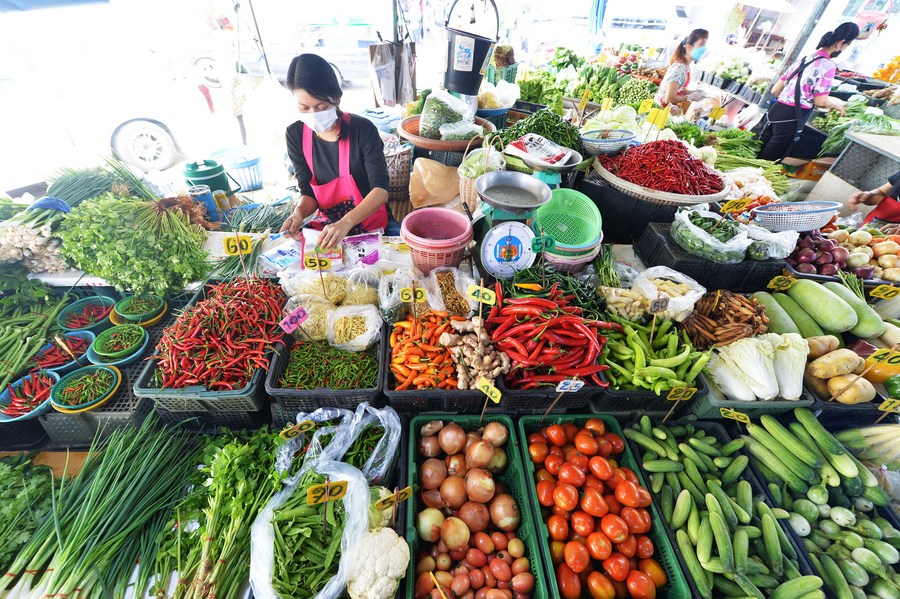 The Bank of Thailand (BOT) monetary policy committee voted 6-1 to raise the policy rate from 0.50 percent to 0.75 percent, effective immediately.

The country's first policy rate hike in more than three years came as its economic recovery continued to strengthen while inflation growth stayed at high levels.

The committee expected the Thai economy to continue recovering with strong momentum because of a larger-than-expected number of foreign tourist arrivals following the relaxation of international travel restrictions and improved travel sentiments.

However, headline inflation will remain at a high level throughout 2022 before gradually falling into the target range in 2023, it said in a statement on the BOT website.

"The committee views that the policy rate should be normalized to the level that is consistent with sustainable growth in the long term. Monetary policy normalization should be done in a gradual and measured manner consistent with the growth and inflation outlook in the period ahead," it said.

It noted that the economy is expected to return to the pre-COVID-19 level by the end of this year and will continue to gain traction, warning risks to the growth outlook from rising living costs.

The country's consumer price index (CPI) rose 7.61 percent year on year in July, slightly below a 14-year high of 7.66 percent registered in June but still above the BOT's target range of 1-3 percent.

The core CPI, which excludes raw food and energy prices, rose at a faster pace of 2.99 percent last month, up from June's 2.51-percent increase, fueling concerns that the inflation pressure is spreading.