BANGKOK, July 17 (Xinhua) -- Thailand extended a ban on public gatherings nationwide and might further tighten restrictions as the numbers of its daily COVID-19 cases and fatalities surged to new records. 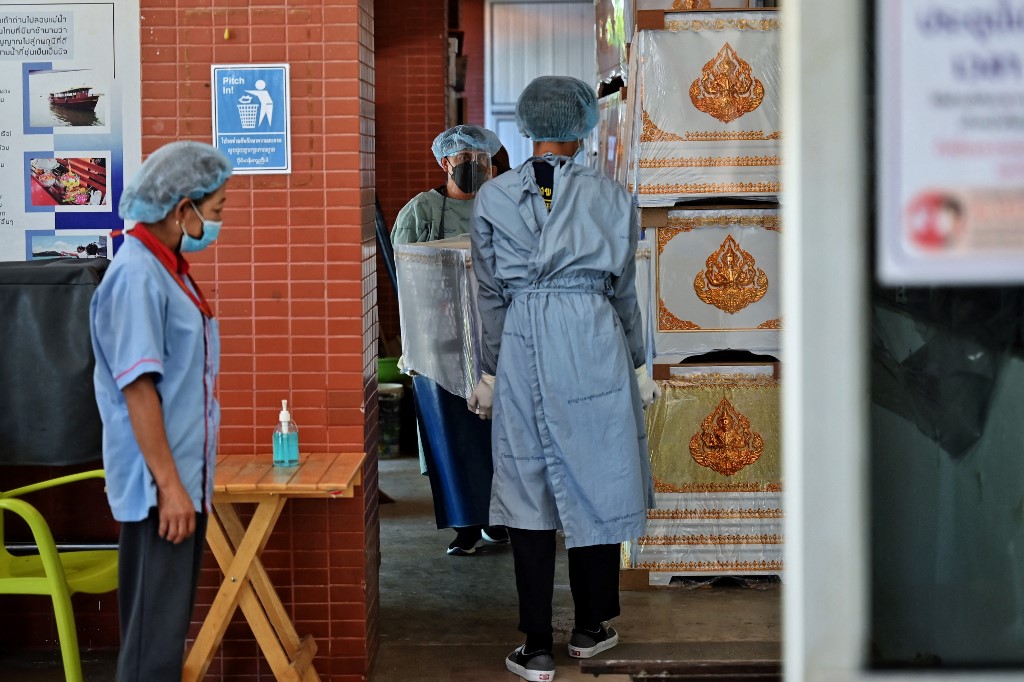 The country reported 10,082 new cases on Saturday, surpassing 10,000 for the first time, despite the partial lockdown imposed in worst-hit regions since Monday. The total number of infections has risen to 391,989, according to the Center for the COVID-19 Situation Administration (CCSA), the country's COVID-19 task force.

The country extended a ban on public gatherings nationwide, which took effect immediately, according to a royal gazette issued late Friday. Violators may be subject to a fine of up to 40,000 baht (about 1,220 U.S. dollars) or a maximum of two years in jail or both.

The CCSA said it was also considering tougher measures such as closure of more businesses and public mobility restrictions to tackle the current situation.

The Southeast Asian country has been grappling with its worst-ever wave of the outbreak. The worsening situation came as the highly contagious Delta variant is spreading fast in the country, with the medical system crumpling under pressure while the already dire economic situation turning critical for many.

The country's economy continued to take a toll from the pandemic, with the World Bank this week lowering its 2021 growth forecast for the economy to 2.2 percent, from a projection of 3.4 percent in March.

"Economic activity is not expected to return to its pre-pandemic levels until 2022, and the recovery is projected to be slow and uneven," the World Bank said in its Thailand Economic Monitor for July.

The report said any delay in the scheduled vaccine roll-out, with the Thai government planning to vaccinate 70 percent of the nearly 70 million population by the end of 2021, could adversely impact domestic mobility, consumption and tourism.

The country has been accelerating vaccine roll-out. As of Friday, it has administered more than 14 million doses of vaccine, with less than five percent of the total population having been fully vaccinated, according to the CCSA.