WORLD Thailand blazes ahead with push to legalize medical marijuana use

Thailand blazes ahead with push to legalize medical marijuana use 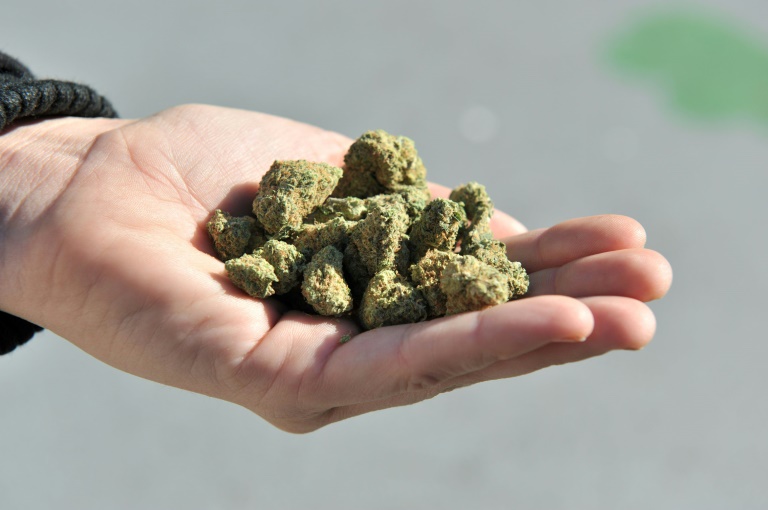 Thailand would be the first country in Asia to legalize cannabis for medicinal use. (Photo: AFP)

Thailand is rolling out plans to legalise medical marijuana, an official told AFP Wednesday, as the country hopes to cash in on a multi-billion dollar industry with a product its supporters hail as some of the world's best.

Several nations have embraced the use of medicinal cannabis, including Canada, Australia, Israel, and more than half the states in the US.

But Thailand would be the first country in Asia to do so, tapping into a market that US-based Grand View Research has estimated could reach $55.8 billion by 2025.

A draft bill to permit its limited use has been sent to the military junta's National Legislative Assembly (NLA).

"We have submitted the bill to the speaker," Jet Sirathraanon, chairman of the NLA's standing committee of public health, told AFP, adding that it will have its first reading in the junta's rubber-stamp parliament in less than one month.

The cannabis would be "for medication only, not for recreation," he added.

Marijuana remains illegal in Thailand, with stiff penalties for drug trafficking even though the country remains a key regional transit hub and producer of narcotics.

But the idea of medical marijuana has long been more acceptable to broad swathes of society in the Buddhist-majority country and junta officials have previously mooted the need to reform drug laws.

Jet said Thailand has delayed making the change for far too long while other countries such as Canada and Australia have seized the moment, including legalising exports.

He cited the revenue-generating possibilities that amending the laws would provide for Thailand as well as the beneficial effects it could have on patients in pain.

He also praised the quality of the Southeast Asian country's plants, which thrive particularly well in the Golden Triangle borderlands of Thailand, Laos and Myanmar.

"I'm doing this because it's an opportunity for Thai people," he said. "Thailand has the best marijuana in the world."

"Today, Thailand can produce awesome cannabis at a fraction of the cost of Western growers," said Jim Plamondon, VP of Marketing at the Thai Cannabis Corporation, described as the country's first legal marijuana firm.

"Tomorrow, Thailand will reclaim its cultural legacy, by becoming the world's leading grower, processor, and manufacturer of cannabis products," he said.

"Any company that is serious about cannabis should start moving its supply chain to Thailand."